Old warehouses often get reused after defunct industries leave them sitting empty. Such transformations have happened for decades in downtown Birmingham. Among the latest is a former service garage warehouse redesigned for Cayenne Creative, a creative branding agency that outgrew its former location.

ArchitectureWorks created nodes of space tailored to each department to encourage collaboration where they intersect and interaction among co-workers in different departments. These nodes also allow the agency’s work to be seen by everyone through passive observation and active engagement.

“It also acts as a second space within the office for small huddles or even independent laptop work,” explains ArchitectureWorks Partner Bruce Lanier. “It also has been known to host a Superbowl viewing party or two. That’s the kind of versatility we were hoping Cayenne would find in their use of the space.”

A whiteboard clad “war room” links the ground floor bullpens and offices. The material palate and color schemes are neutral and high contrast. The warehouse’s imperfections and irregularities were incorporated into the design.

“It was originally an automotive garage, so it has all sorts of random, interesting elements,” notes Lanier.” An old metal clad sliding fire door was left in situ in the kitchen, and in the steel trusses there were some pulleys and hangers that had been welded onto them over the years that we decided to leave in place and paint out with the rest of the ceiling.”

Lanier also notes “some peculiar bits of masonry” where the walls had been cut and patched over time which contribute novel textures and patterns.

Converting warehouses is a trend that doesn’t appear to be waning. They’re hard to beat for appeal and functionality. “From a practical standpoint, they were usually well-built and designed with the openness that factory and warehouse work required, so adapting them to new purposes is often pretty easy,” Lanier says.

“As for aesthetics, they probably appeal to people for different reasons. For me, there is a ruggedness and naturalness of the craft and the materials used in the construction of some of Birmingham’s early warehouse and industrial buildings. And a human quality to the assembly of brick and wood and concrete that is compounded with age – holes and marks on the walls, bits of paint and plaster are vestiges of other people and other times. Re-purposing these buildings for modern users reminds us of that past and allows us to look forward. There is something hopeful in that.” 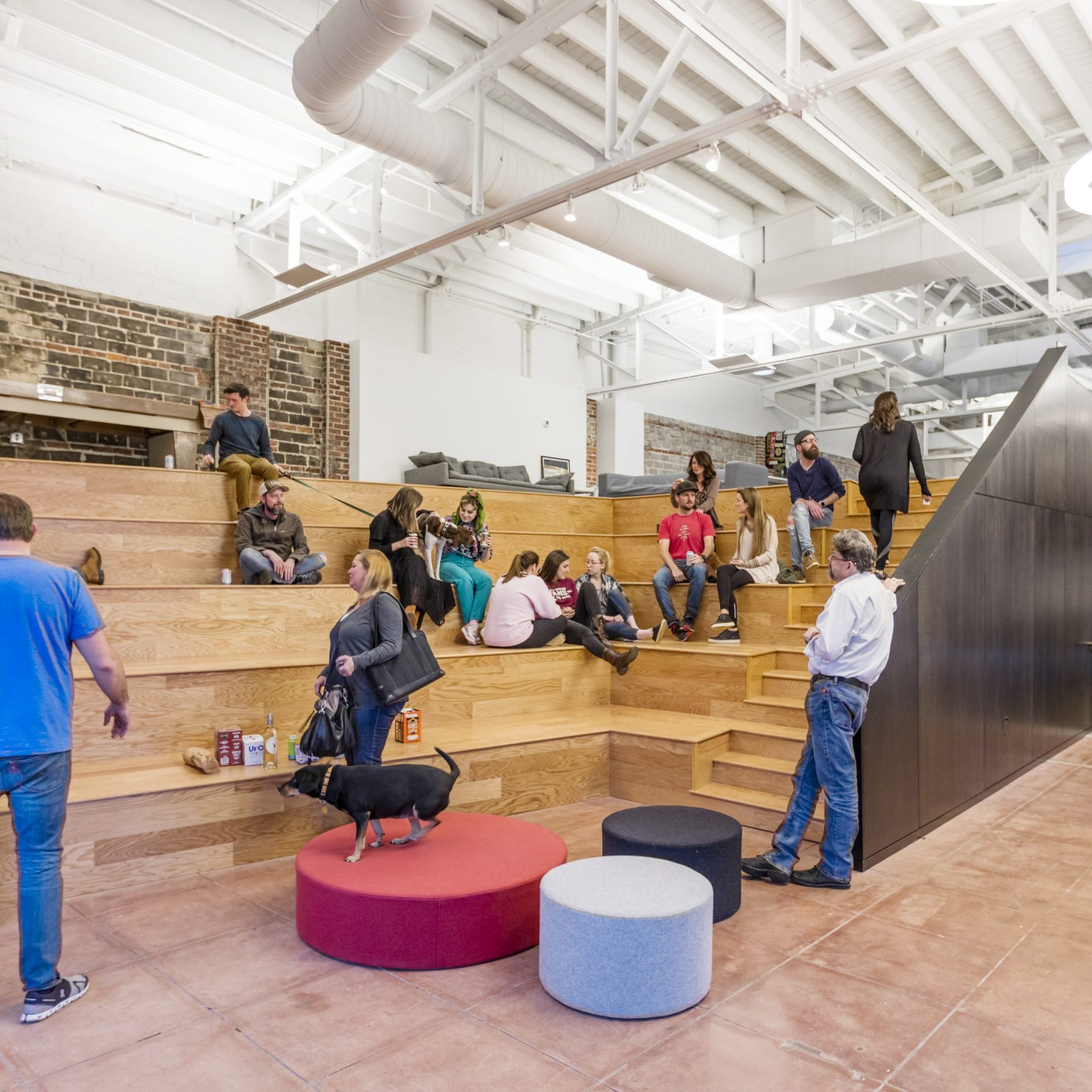 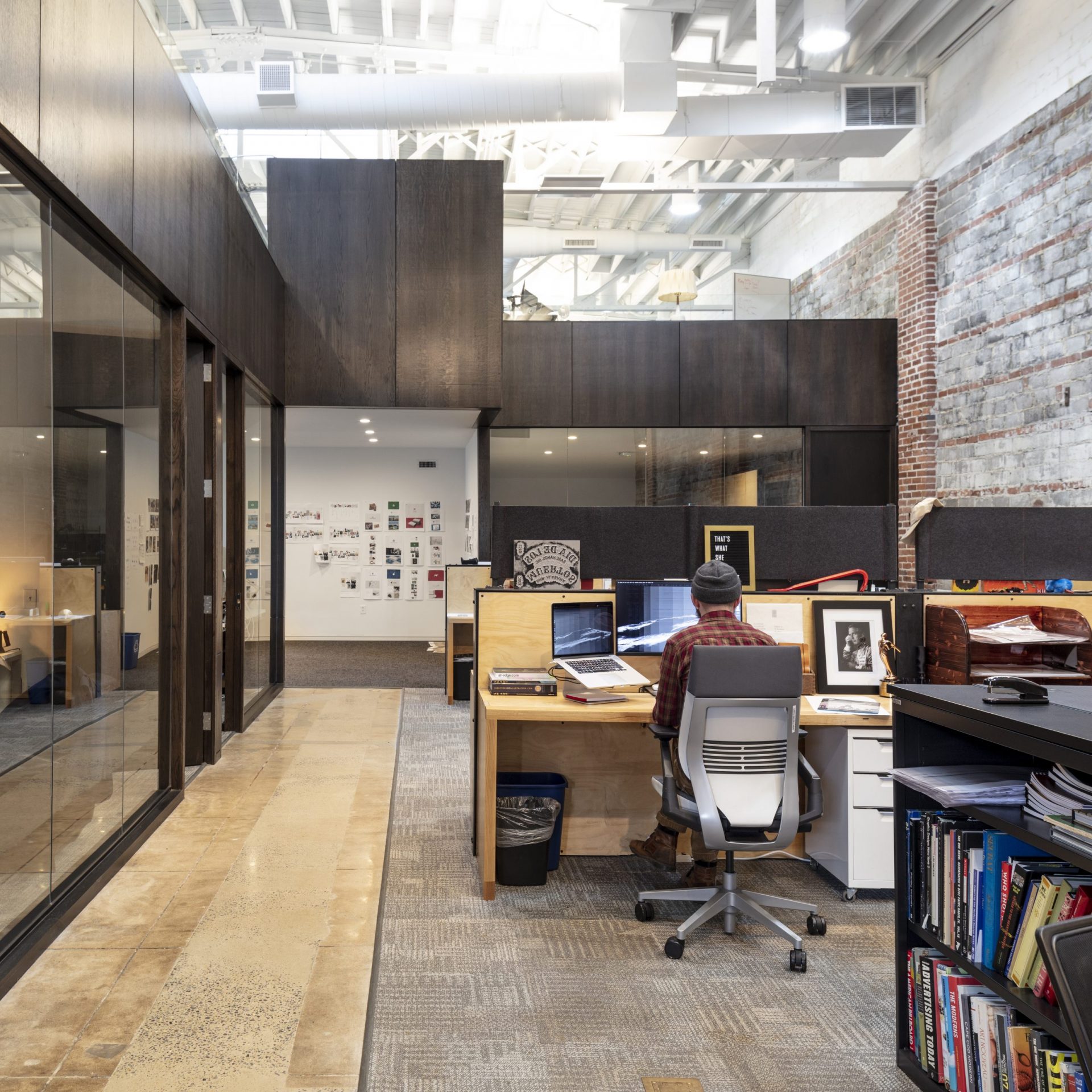 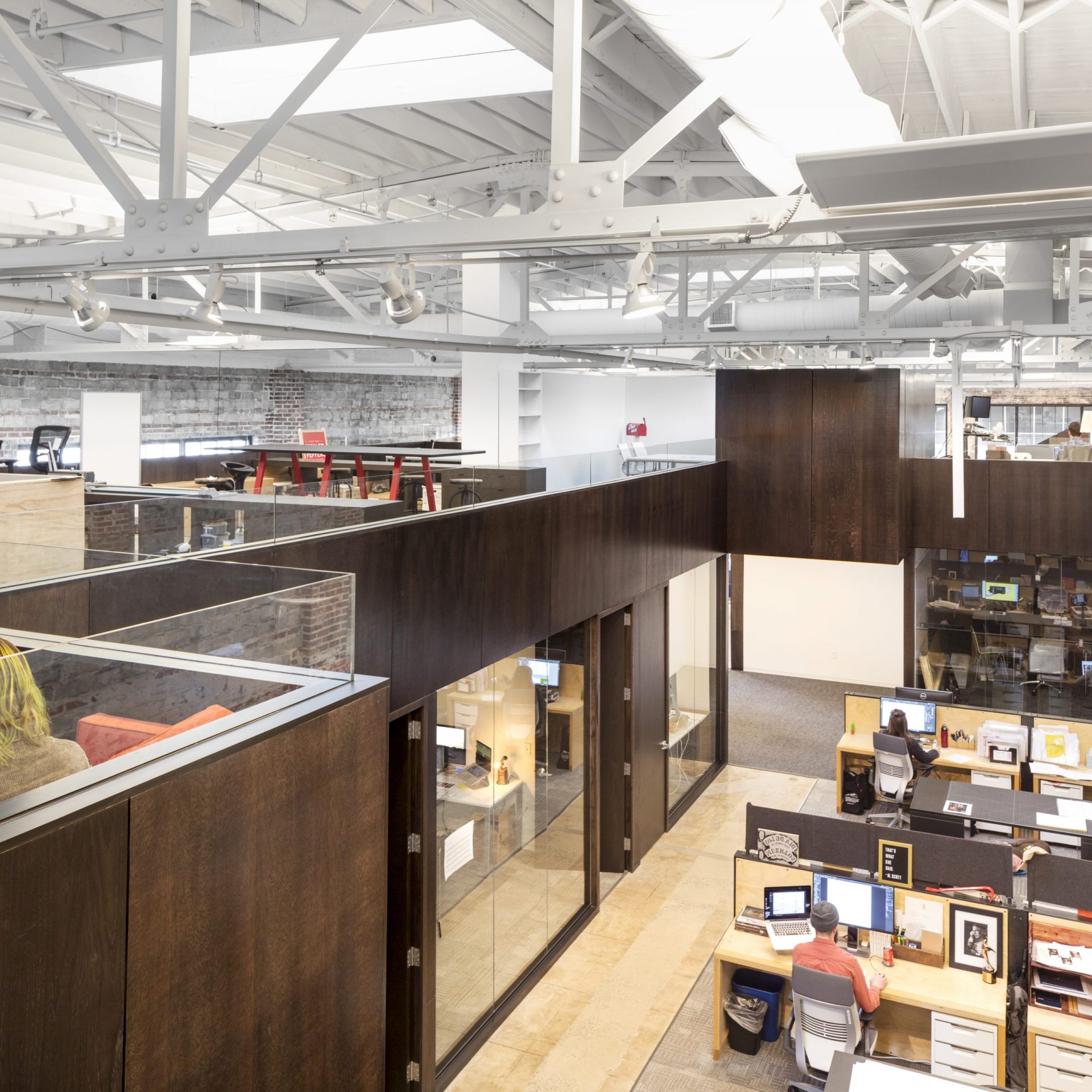 Image 1: Amphitheater bleachers that rise to mezzanine level provide an interesting alternative to conventional meeting space and offer a relaxed, open area that can be used for a variety of functions. From client meetings to casual events.

Image 2: The material palette and color schemes are simple, neutral and in high contrast. Imperfections and irregularities were left intact and incorporated into the design to add interest and discovery.

Image 3: Nodes were tailored to each department to encourage collaboration where they intersect and also provide interaction among co-workers in different departments. Additionally, they allow everyone to see the agency’s creative work through passive observation and active engagement.