Entertainment venues that offer food, drink and games under one roof – a concept that has caught on in cities such as Nashville, Denver and Brooklyn – has come to Birmingham.

An old Woolworth building in Birmingham’s Five Points entertainment district is now Woolworth Recreation and Refreshment billed as “Alabama’s first social house.” The concept is a gathering place for all ages, providing family fun and a neighborhood spot to kick back and socialize in a lively atmosphere. The venue is also available for private parties and other events.

Woolworth Recreation and Refreshment opened in the summer of 2018 with two bars and a restaurant downstairs and another bar on the rooftop that offers sweeping views of the street and city.

From a spatial standpoint, a number of changes were made to the two-story building to convert it into a social house, says architect Mike Gibson of Creature, formerly Golden Construction and Appleseed Workshop. Gibson designed the interior to mitigate the sounds from the games area with screens, insulation and carpet on the walls so diners in the upscale restaurant would not be bothered by the noise.

Gibson was looking for the opportunity to design a social house in Birmingham with a high-quality restaurant and the owner of the Woolworth building, Orchestra Partners, was open to the idea.

The venue was named for the building’s original occupant and also because a 5-10 split in bowling is called the “Woolworth,” notes Gibson, who spent time in New York looking at the Woolworth headquarters to gain inspiration.

One of the project’s most eye-catching elements is the rooftop bar engulfed in faux ivy. While some designers might have second thoughts about using fake greenery, it works here and not only looks great but provides practical benefits.

Gibson intended to use real ivy, but realized it would be high maintenance and take too long to grow. Just like the real thing, the plastic version provides shading and pleasing dappled light. And as Gibson points out, “Who cares if it’s fake?” 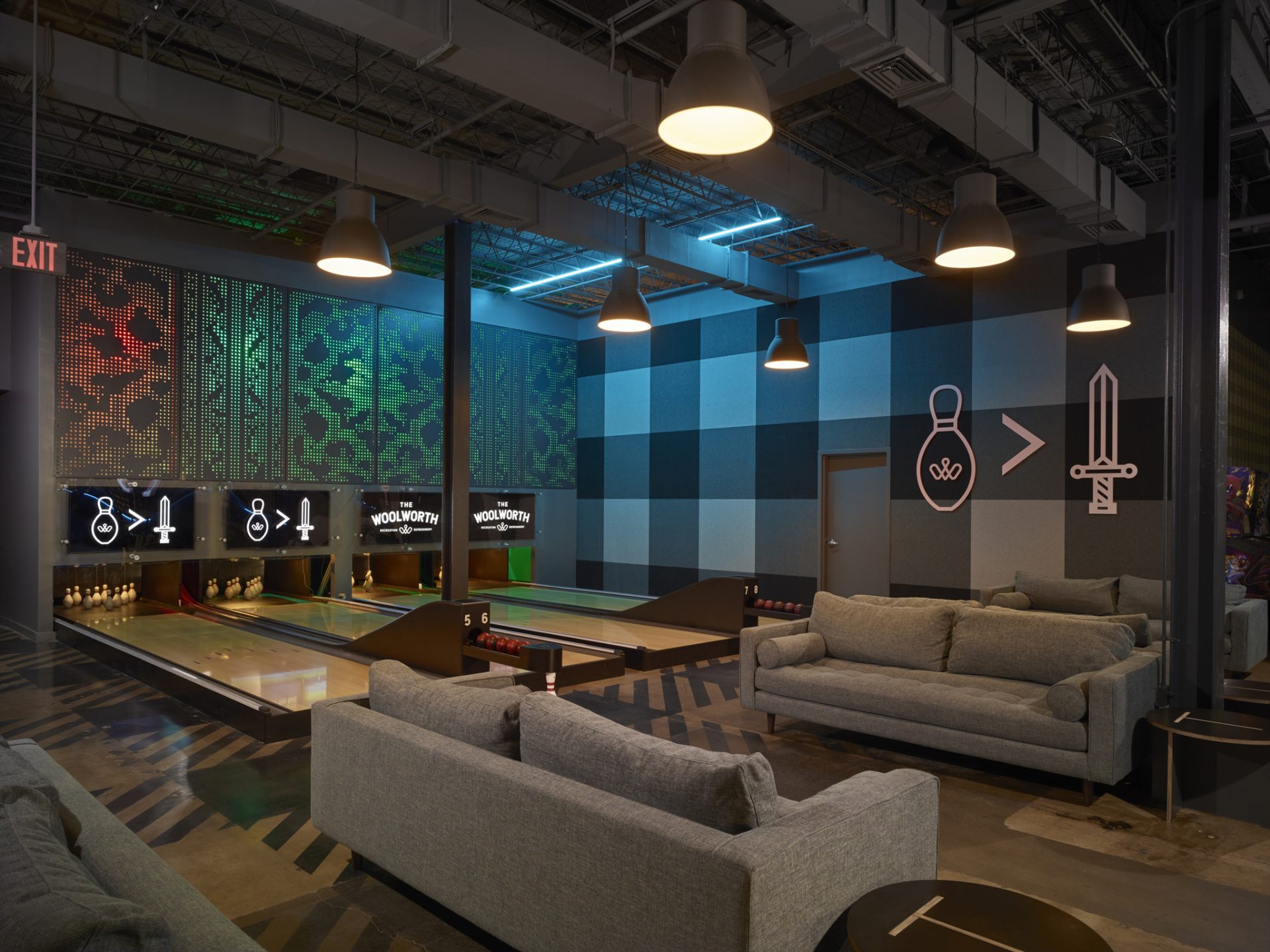 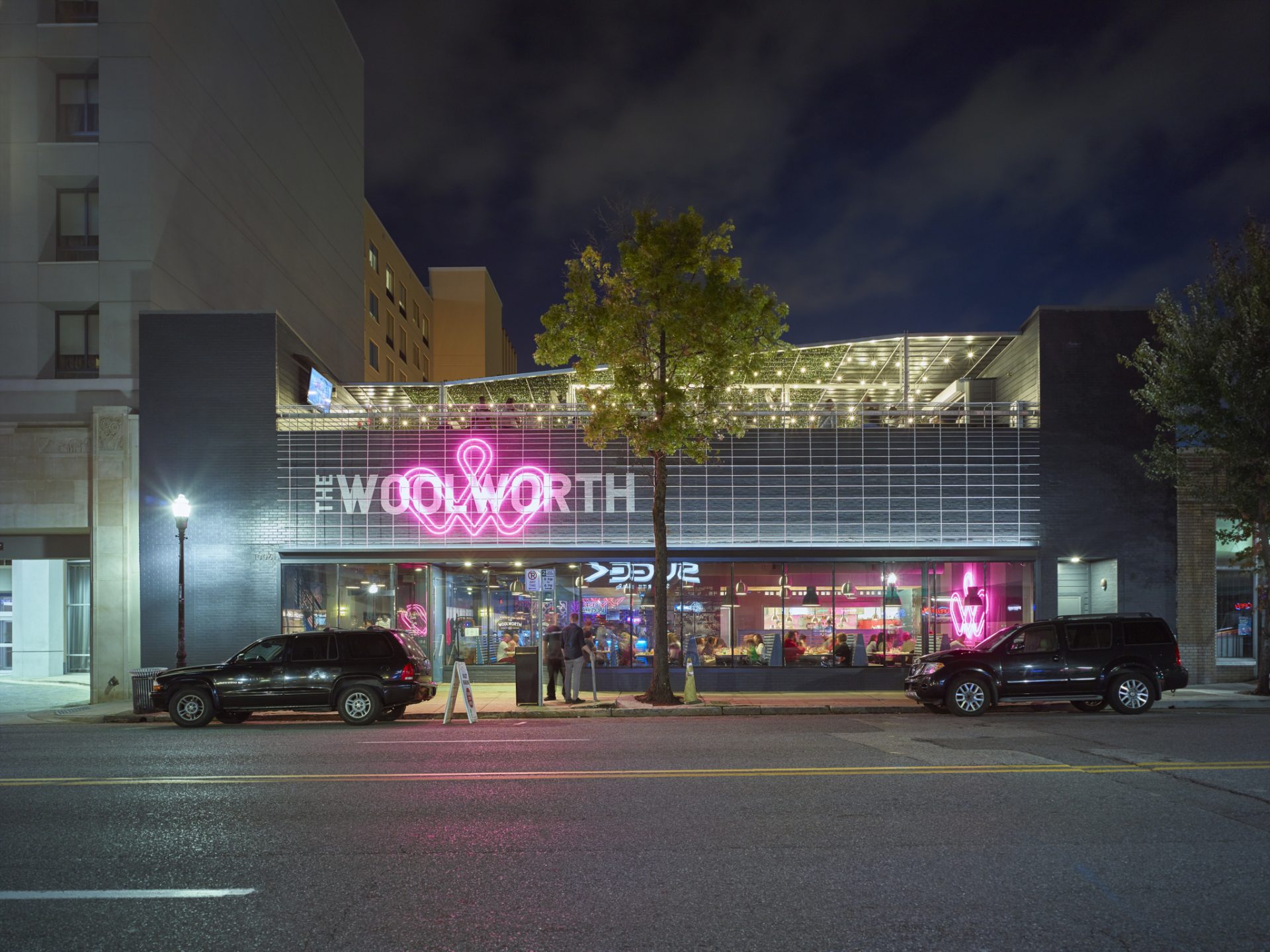 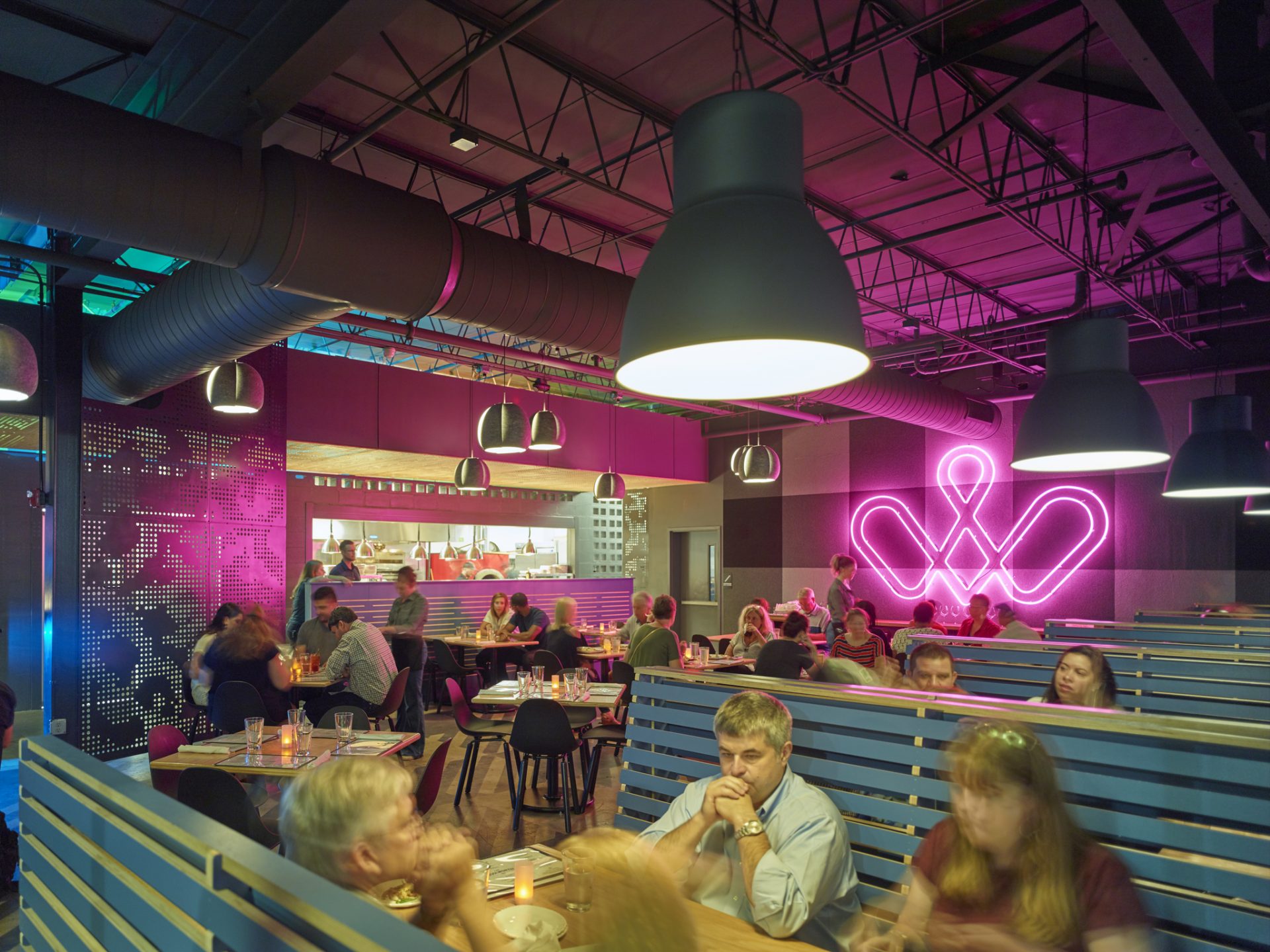 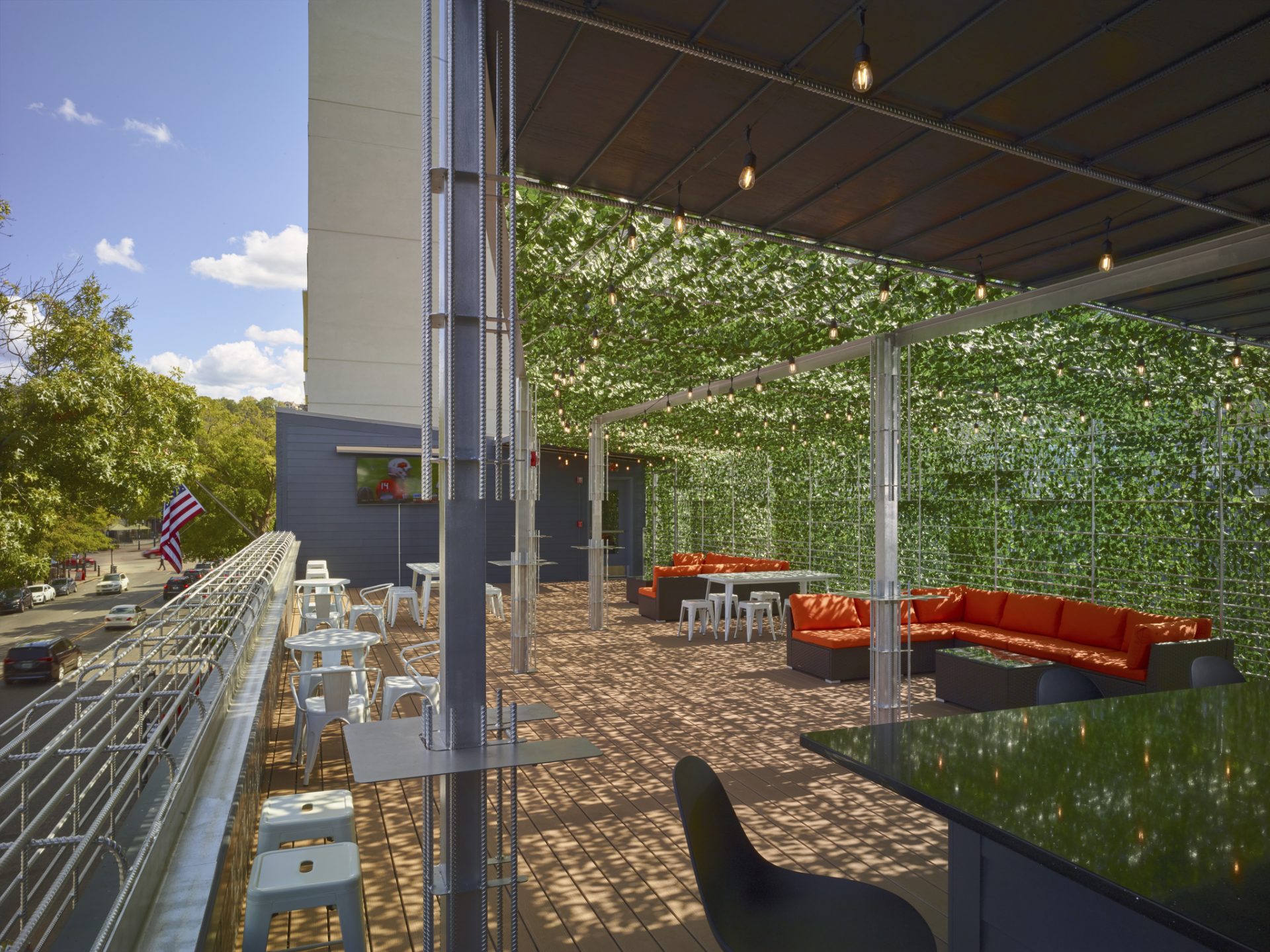 Image 1: Duckpin bowling is one of many old-school games available to play at Woolworth Recreation and Refreshment. Other popular games offered include tabletop shuffle board, foosball, ping pong, pinball, Pac Man and darts.

Image 2: The stylish entertainment venue is housed in a former Woolworth five and dime building. The two-story building is owned by Orchestra Partners, a Birmingham redevelopment company.

Image 3: Though similar venues offer casual dining fare, the plan for Woolworth Recreation and Refreshment called for an upscale restaurant, which is designed to block the sounds coming from the arcade and game areas.