Plans are underway to improve the quality of life in Auburn, thanks to the creation of the Auburn Parks, Recreation and Cultural Master Plan. The plan identifies areas of need and provides a comprehensive look at Auburn’s parks, recreational amenities and public library system.

The goal is to upgrade and expand Auburn’s parks, recreation, arts and cultural programming, along with greenspace and greenways, trails, public facilities, landscaping and enhanced natural features.

Phase 1 is expected to begin in 2019, which consists of 13 projects and is estimated to take six years. Several of these initial projects are smaller projects and three are considerably larger, says Becky Richardson, director of the city of Auburn’s Parks and Recreation.

Landscape architect Jason Weckerly, who leads Foresite Group’s Greenspace + Land Design Practice Area nationwide, is project manager for the master plan. He says the plan provides a complete summary of what Auburn is lacking in terms of recreational, arts and library programs and various facilities, as compared to other similar-sized communities.

“The gap analysis determined a clear path in developing concept plans and programs that help to address those gaps and needs for the citizens of Auburn,” Weckerly explains. “This is a very exciting time for the city of Auburn, as the recommendations put forth in the master plan go into detailed design and become fully realized in the coming years.”

Richardson says separate citizen’s surveys were conducted in the areas of parks, recreation and culture amenities for the master planning project.

“The parks and recreation survey listed trails and parks as highly rated and there are several projects that address this in various areas of the city,” she says. “Two of the concepts tie into the Northwest Auburn Plan with passive parks and trails,” she says.

“In addition, the Society Hill Road fields will replace the softball fields at Felton Little Park which can be converted to a downtown greenspace. Special events were a priority in the arts survey and the projects, especially Felton Little and the arts center renovation. And expansion looked at providing more space to have these types of events both big and small.”

“Our satisfaction numbers have shown some slippage due to lack of space,” she continues. “Some of the projects were geared toward creating additional space for all types of programs. Pickleball (a paddle sport that combines elements of badminton, tennis and table tennis) is a tremendously popular senior activity sweeping the country so building six courts with room to add others in the future seemed logical, especially since our staff places an emphasis on seniors staying active.”

Existing plans were also incorporated into the master plan, including the Northwest Auburn Plan and the Downtown Master Plan, Richardson says.

Additional phases of the plan are possible, Richardson says. “Of course, trends change but I would guess that at least two additional phases and maybe three will address all of the recommendations. Some of these would require acquiring additional property.” 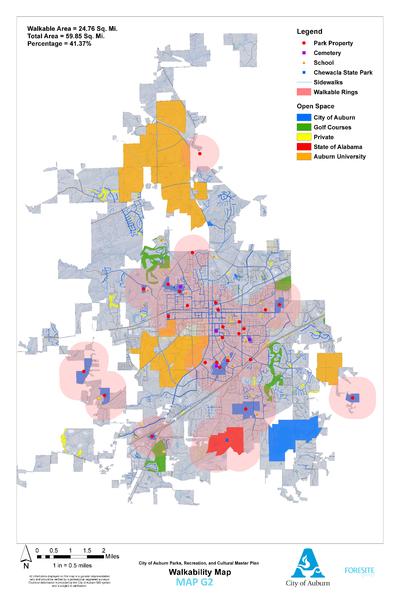 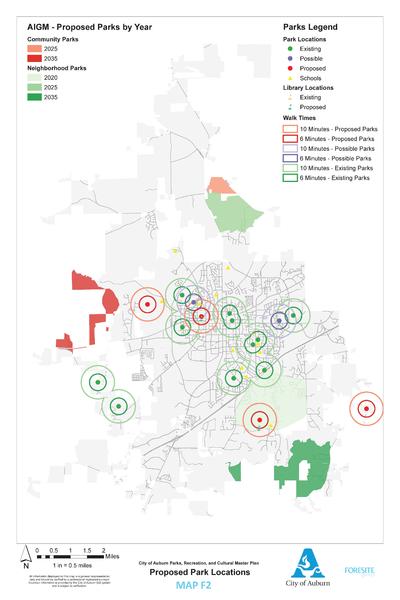 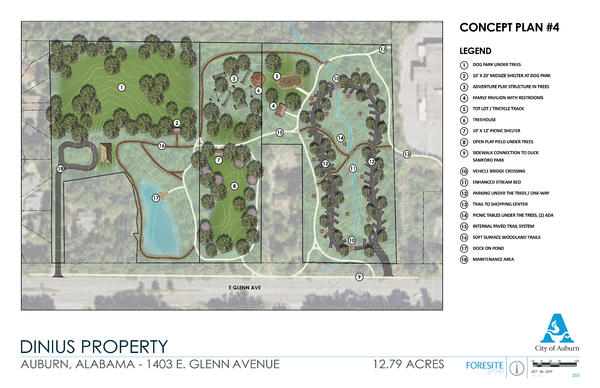 Image 1- The walkability map indicates walkable areas within the master plan. The plan provides a summary of what Auburn is lacking in recreational, arts and library programs and various facilities, as compared to other similar-sized communities.

Image 2- An important component to the master plan is the proposed park locations. Phase 1 is expected to begin in 2019, which consists of 13 projects estimated to be completed in six years.

Image 3- Separate citizen’s surveys were also conducted in the areas of parks, recreation and culture amenities for the master planning project. Special events were a priority in the arts survey and the citizen’s survey also showed the desire for additional senior programs and special needs programs.