Long celebrated as a historic railroad town, the city of Opelika has a new logo and brand identity that continues to honor this tradition. Rail lines made mid-19th century Opelika an economic hub and a center for shipping cotton to the North.

The concept for the logo was recently developed as a result of a “brand-storming” session with Opelika city officials and staff, says Angela Stiff, who designed the logo. Stiff is principal and creative director of Montgomery-based Copperwing, a creative consultancy that provides design, interactive services, integrated branding and advertising.

“Also, we met with members of the community during DesignAlabama’s DesignPlace charette,” says Stiff. “Listening to stories from citizens and touring the city, it became clear that Opelika’s history, growth and future opportunities rippled outward from the presence of the railroad there.”

Stiff says hearing a comment made by a local woman: “Hearing the train whistle meant you were home,” struck a chord and helped inspire the logo.

“We began by writing a brand story, and the ‘O’ mark featuring the train tracks grew from that core inspiration,” Stiff explains. “Opelika’s railroad history is part of what makes the people of Opelika genuine and down to earth. It is unique to who they are as a community. The logo signifies respect for the past, but also forward-looking momentum.”

Opelika recently participated in DesignPlace, a program offered by DesignAlabama in which professionals associated with DesignAlabama visit selected communities to provide them with design, planning and community identity assistance.

“Angela Stiff worked on the logo after our DesignPlace meetings and presented a design,” explains Opelika community relations officer Leigh G. Krehling, who designed the typography that accompanies the logo. “And after some tweaking, we ended up with our final design.”

The new logo will be seen on social media, signage, graphics and buildings. The traditional city seal will continue to be used for official business. The new modern logo – with its bold yet simple graphics – also appears on the city of Opelika’s newly designed website. 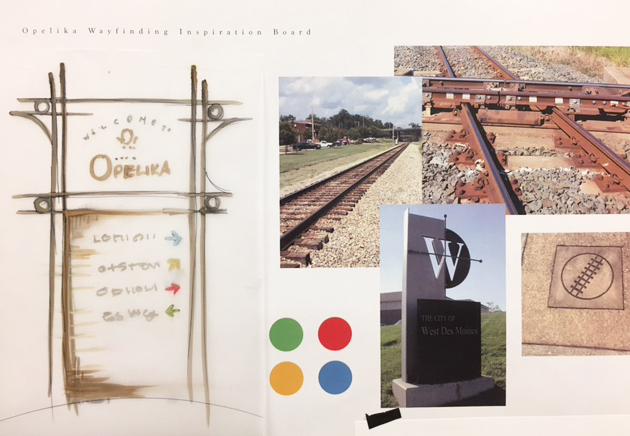 Image 1 -Copperwing’s inspiration board used to create design concepts for Opelika’s new logo and brand identity. These ideas came out of DesignPlace, a DesignAlabama program the city of Opelika recently participated in.

Image 2 – A coffee mug with the full identity printed on it. This new identity will also be seen on social media, signage, graphics and buildings.

Image 3- Opelika’s new “O” logo expresses the city’s railroad history in a fresh and modern way. The typography that accompanies the logo was created by Leigh Krehling with the city of Opelika.

Image 4- The “O” signifies unity and progress. It also reflects Opelika’s past, present and future woven together, with the train tracks representing Opelika’s history and movement onward.