This is not your father’s middle school or yours for that matter, to co-opt the 1989 Oldsmobile commercial. The new Florence Middle School has been mistaken for a university, as some find it inconceivable that seventh graders show up here for class.

The 180,000-square-foot building replaces Florence’s 1951 Coffee High School building. The cast stone exterior of the new school complements the original 1917 school that was replaced in 1951.

Says Calvin Durham of Lambert Ezell Durham Architecture in Florence: “They wanted a timeless, classic design that wouldn’t look dated in the coming years, and a secure building. I think we managed to achieve both.”

Security includes clear lines-of-sight, electronically controlled public areas and a gymnasium that doubles as a FEMA-rated storm shelter. In addition, the school can lock down so no one can go further than the lobby.

The design was organized around a central Commons that connects academics, fine arts and athletics. The façade of the two-story academic wing is west of the Commons, allowing it to be visible to traffic, and is surrounded by a courtyard with controlled access.

Coffee High School’s theater was known for its excellent acoustics. The town didn’t want to be without a theater, so the new theater serves both the school and the community. Community partnership is a hallmark of Florence Middle School, which also shares its football stadium with the University of North Alabama.

Florence Middle School also includes a media center, collaborative spaces, a central locker area, and a cafeteria with a variety of seating choices including a covered outdoor option. 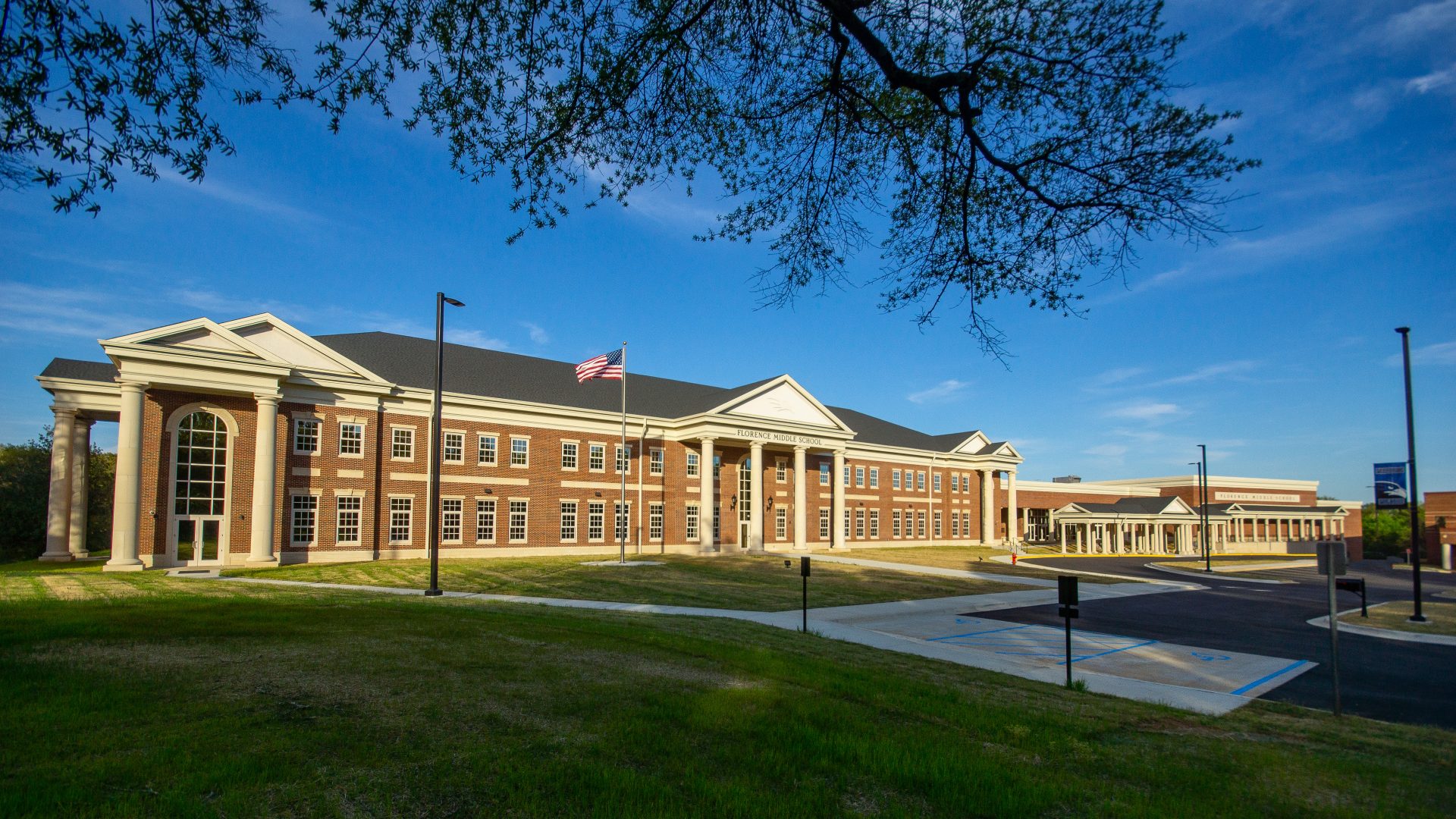 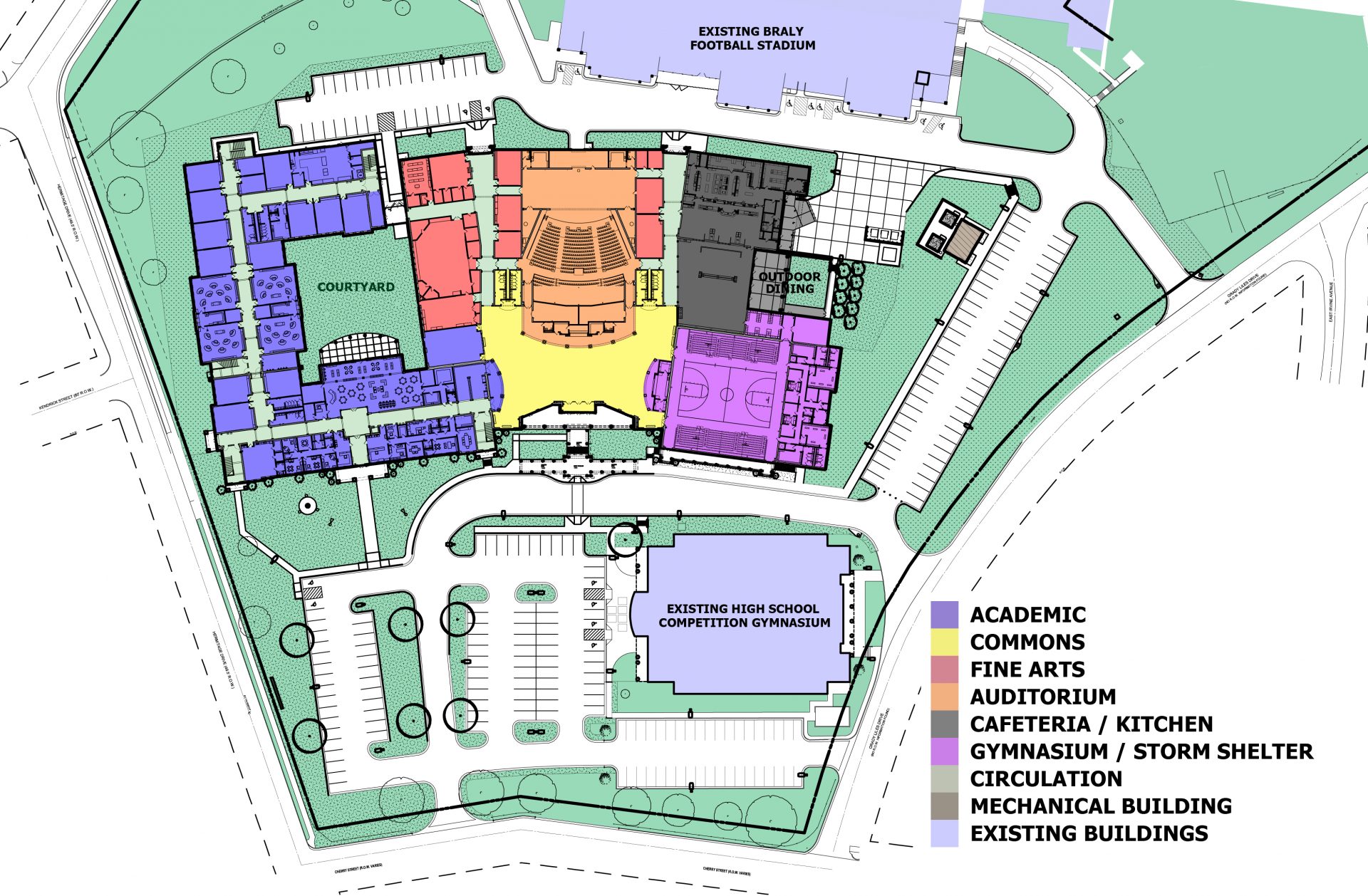 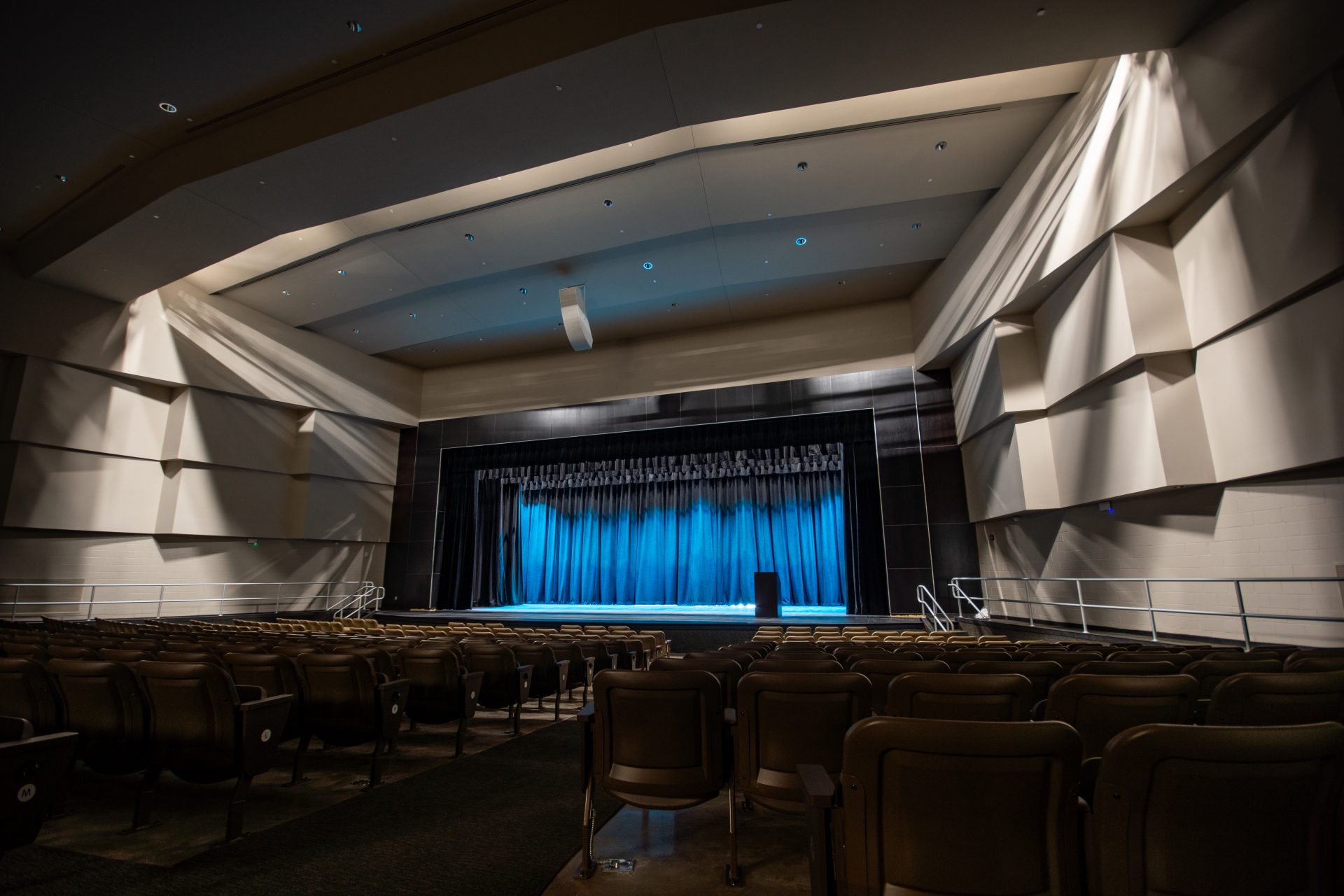 Image 1 -Florence Middle School was designed to be a secure, safe, modern state of the art facility for students while presenting a classical presence and sense of place for the public. The primary design objective was a classical-inspired façade, and priority given to security and safety.

Image 2- A view of the south façade from Hermitage Drive heading north along the west edge of the campus. The two-story academic building is to the left. The student drop-off canopy can be seen to the right along the gymnasium’s colonnade to the far right.

Image 4 -Along with being used for school assembly and other functions, the auditorium is used for year-round public events and was designed for optimum acoustics. Located north of central Commons area, the auditorium anchors the fine-art wing that surrounds it.