Located three miles north of downtown Mobile, Africatown has always held historical significance since it was formed by a group of 32 West Africans, who in 1860 were included in the last known illegal shipment of slaves to the United States.

A partnership between the National Park Service and local community groups in Africatown, the Blueway project will connect Africatown with Africatown State Park in Prichard. The trail includes parts of Chickasaw Creek, the Mobile River and Three Mile Creek, and is designed to increase public access to the water.

Creeks and bayous located in Africatown and nearby Prichard connect to the Mobile-Tensaw Delta, but more launches are needed to make these waterways more easily reached. The mission is to preserve the natural spaces, habitat and waterways of historic Africatown and Africatown State Park in Prichard, as well as the 10 miles of Chickasaw Creek that connect the two.

“Our students were able to visit the area and were thoroughly impressed by the history and spirit of the Africatown community and its leaders,” Brzuszek says.

“The primary objective of this project was to provide conceptual design ideas for the residents to consider for important historical areas in the community and explore how they could be better accessed through existing waterways or pedestrian trails.”

Students assessed how the areas were currently being used and then conceived how they could be designed to improve community use and potential tourist visitation, Brzuszek adds.

“Through this project, students learned the compelling story of the Africatown settlers, and the strong sense of legacy and pride amongst its current community leaders.”

Joe Womack, president of the Africatown-C.H.E.S.S community group, grew up in Africatown and remembers when people in the community were often fishing, swimming, and taking pleasure from the water. He also recalls how Africatown and the surrounding area developed into an industrial zone that caused water access to become limited.

“It’s like the windows of heaven are finally opening up over Africatown and pouring out so many blessings at once,” says Womack. “We can’t help but believe that these breakthroughs will help us preserve what’s left of our beloved community. It’s like being rewarded for decades of hard work that so many of people put into bringing Africatown back to wholeness and prosperity. If all our individual plans succeed collectively, then Africatown might be even better than it was when I grew up here.” 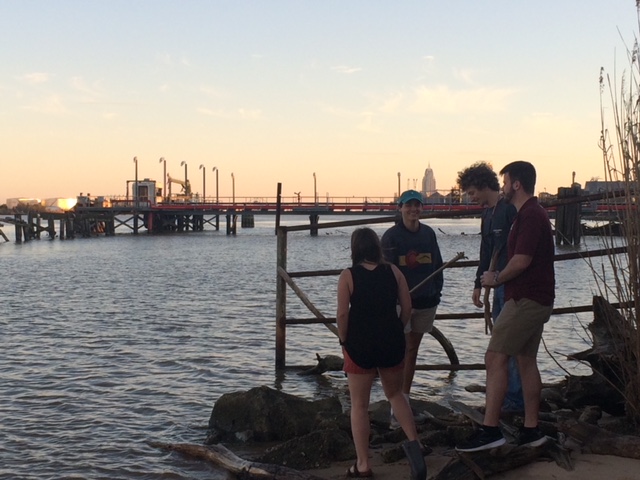 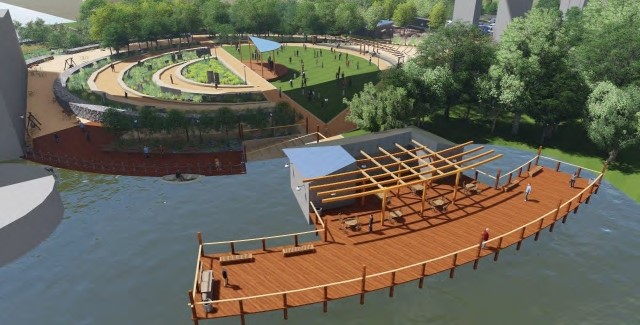 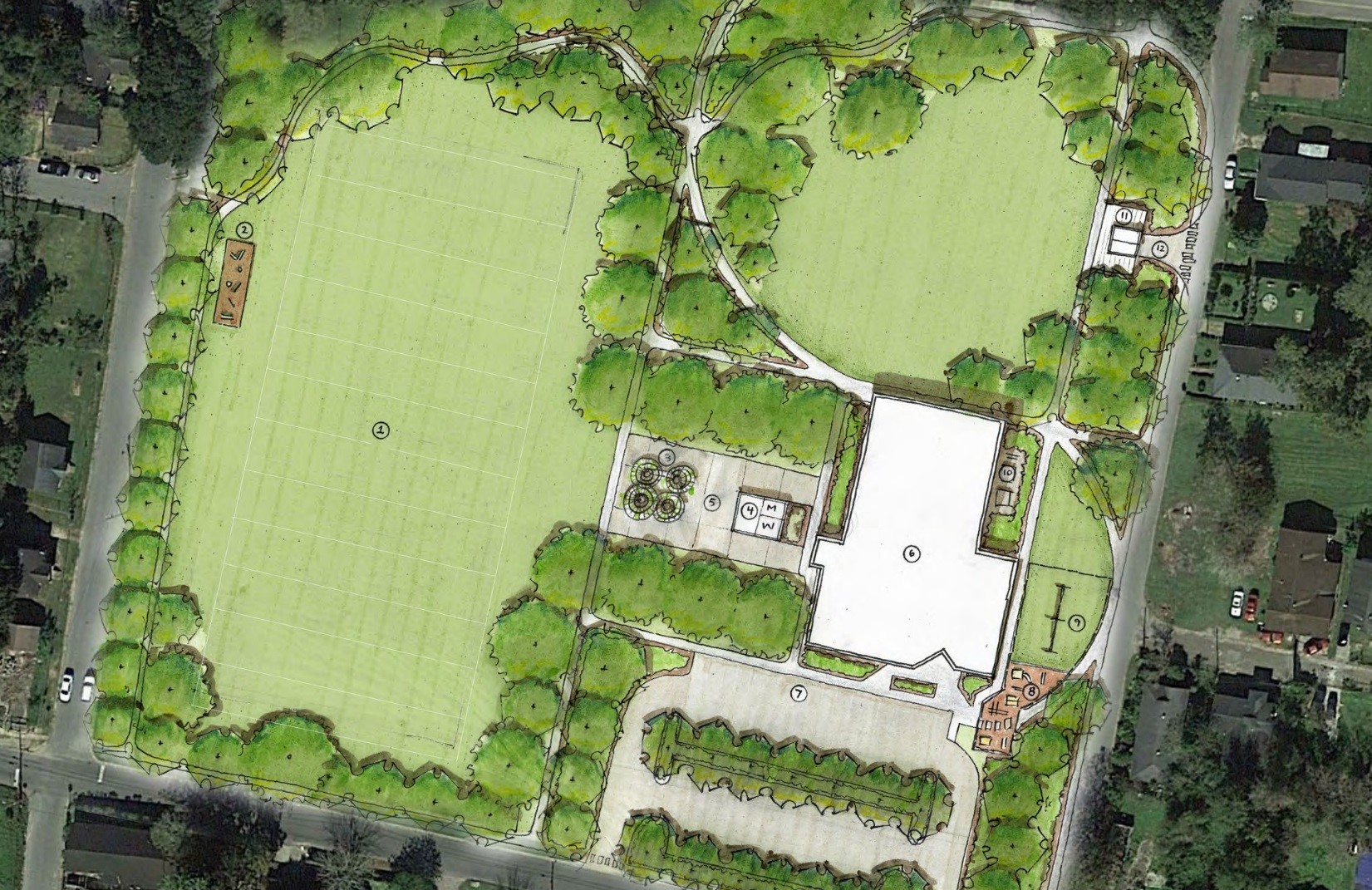 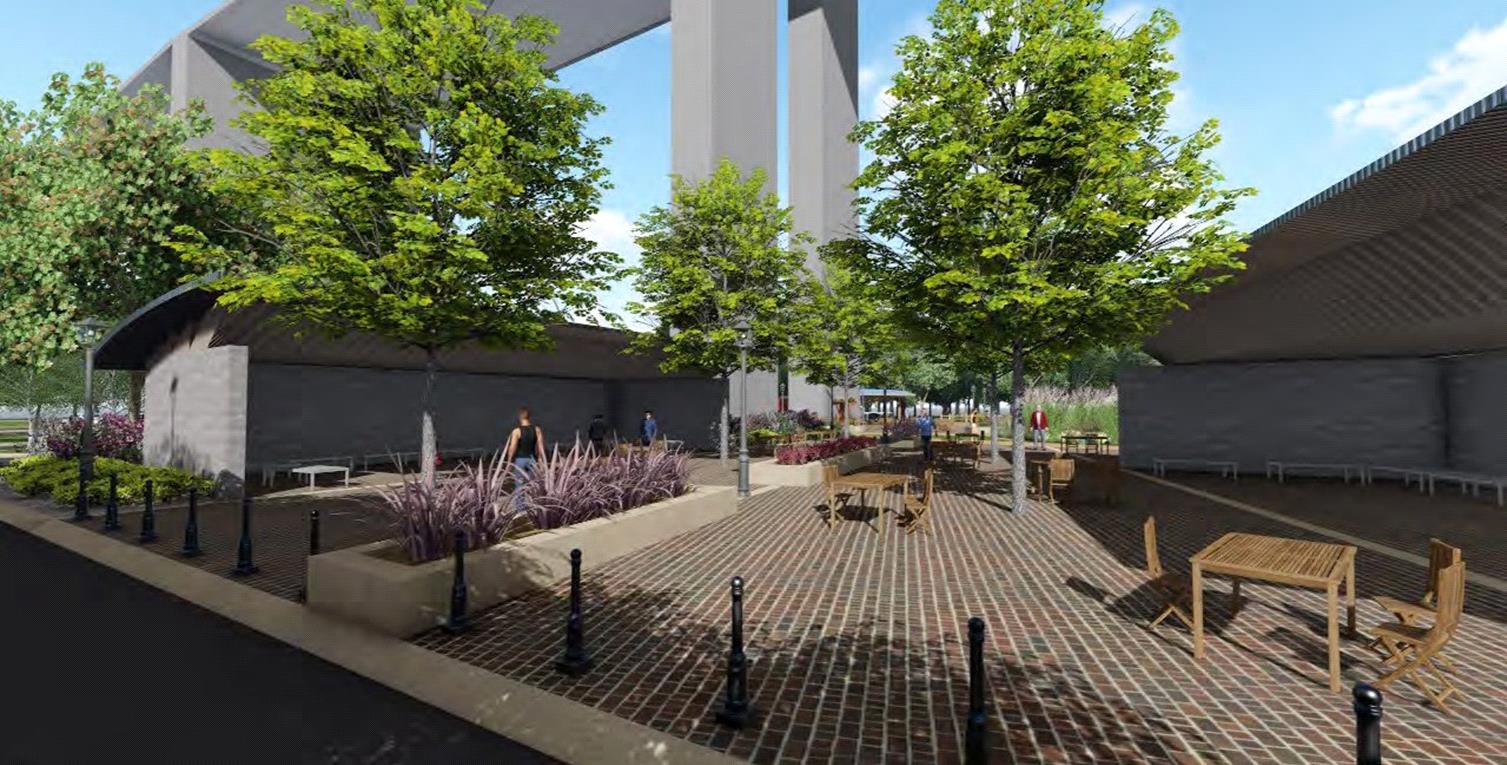 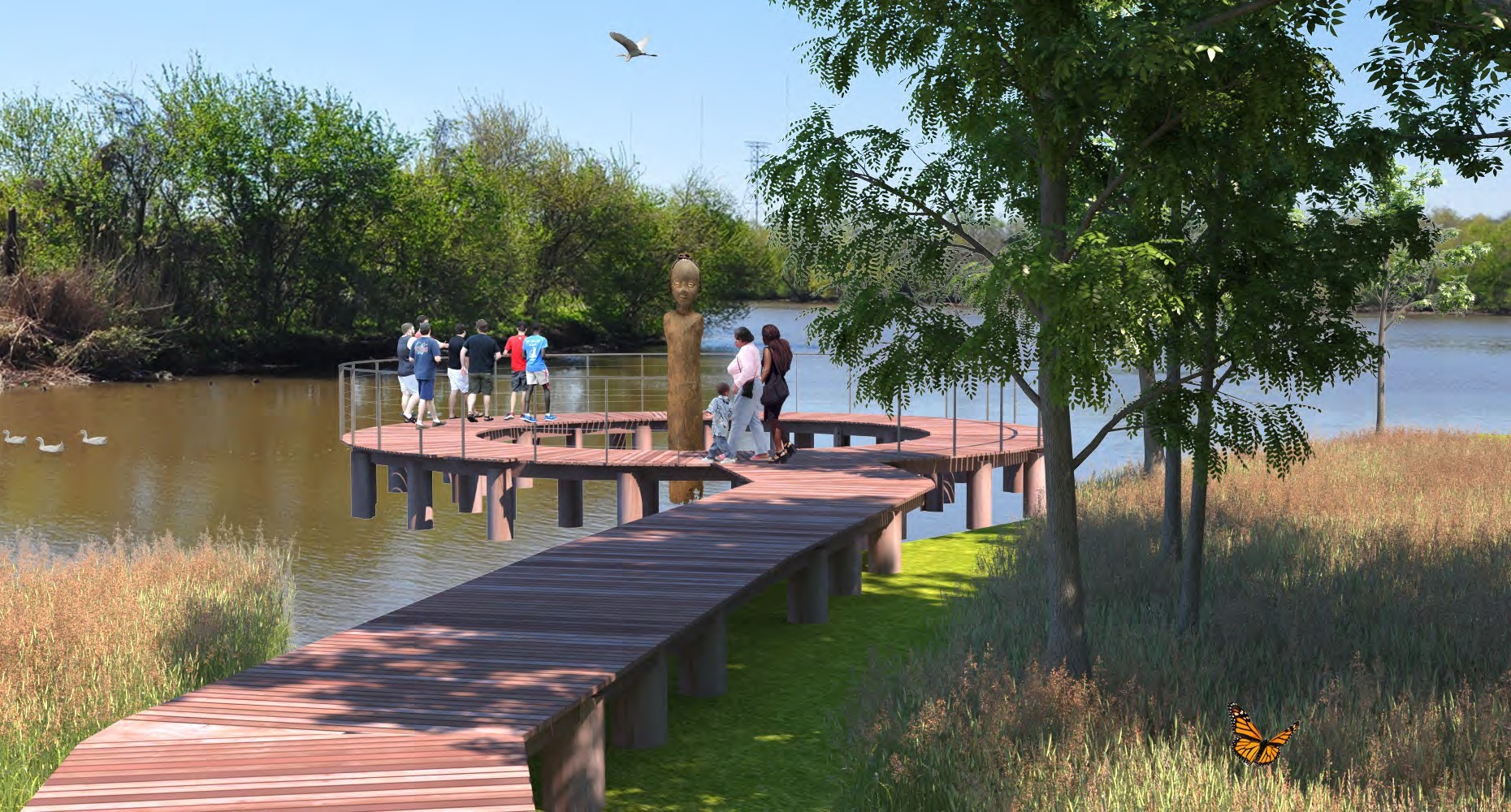 Image 3 – A redesign of the grounds of the Plateau Community Center would provide open space for events athletic fields an amphitheater and concessions Graphic by Mackenzie Nelson.

Image 4- Small structures to serve as vendor spaces for farmers markets or festivals are featured in the proposed bridge park design. Graphic by Luke Hanna.

Image 5 -The wetland trail at the Place of Baptisms includes replicas of African totems to remind visitors to the community of connections to its past. Graphic by Simon Powney.

*Article Written By Jessica Armstrong/Image Credits Given Above