Brainstorming ideas and generating solutions is what DesignPlace is all about. DesignPlace, DesignAlabama’s local design and planning initiative, released its findings on how the city of Troy can become an even better place to live, work and visit.

Reimagining Troy, a DesignPlace Report was created by a team of planners, architects, marketing professionals and historians. It is not a plan to be adopted by the city, but is instead a comprehensive guide based on team observations and community input.

In 2017, Troy Mayor Jason Reeves participated in the 11th Annual Philip A. Morris Mayors Design Summit and expressed a desire to promote adaptive reuse of the historic Academy Street School. Though the school became the focus of Troy DesignPlace, the team also addressed other sites and various design issues. Ideas for Academy Street School include a new two-story glass entry space to connect the existing gymnasium and academic buildings. Also convert an agricultural building into a restaurant/café.

The team also looked at making Troy more bike friendly and increase safety and connectivity. Principles of Complete Streets were applied to provide safe access to all users. The city has opened bids for a multiuse path on Park Street, says Melissa Sanders, Troy’s planning and zoning administrator.

Ideas for well-planned growth are also in the report such as Conservation Subdivisions, a way to combat sprawl by preserving green space while increasing density in areas slated for development. Branding was also addressed in the report including the adoption of a new city seal.
Implementing Lighter, Quicker, Cheaper was also recommended, an approach to revitalization that supports the belief that projects do not have to be expensive and labor intensive to be effective. The report also identifies tools needed to implement ideas such as programs, tax credits and grants. Because Troy’s DesignPlace report consists of many projects and recommendations, the team advises a timeline for each stage in the process to make the vision a reality.

“DesignPlace brought some very talented design professionals,” says Sanders, “and the team gave us projects to benefit the city as a whole and an overall vision that can inspire us.” 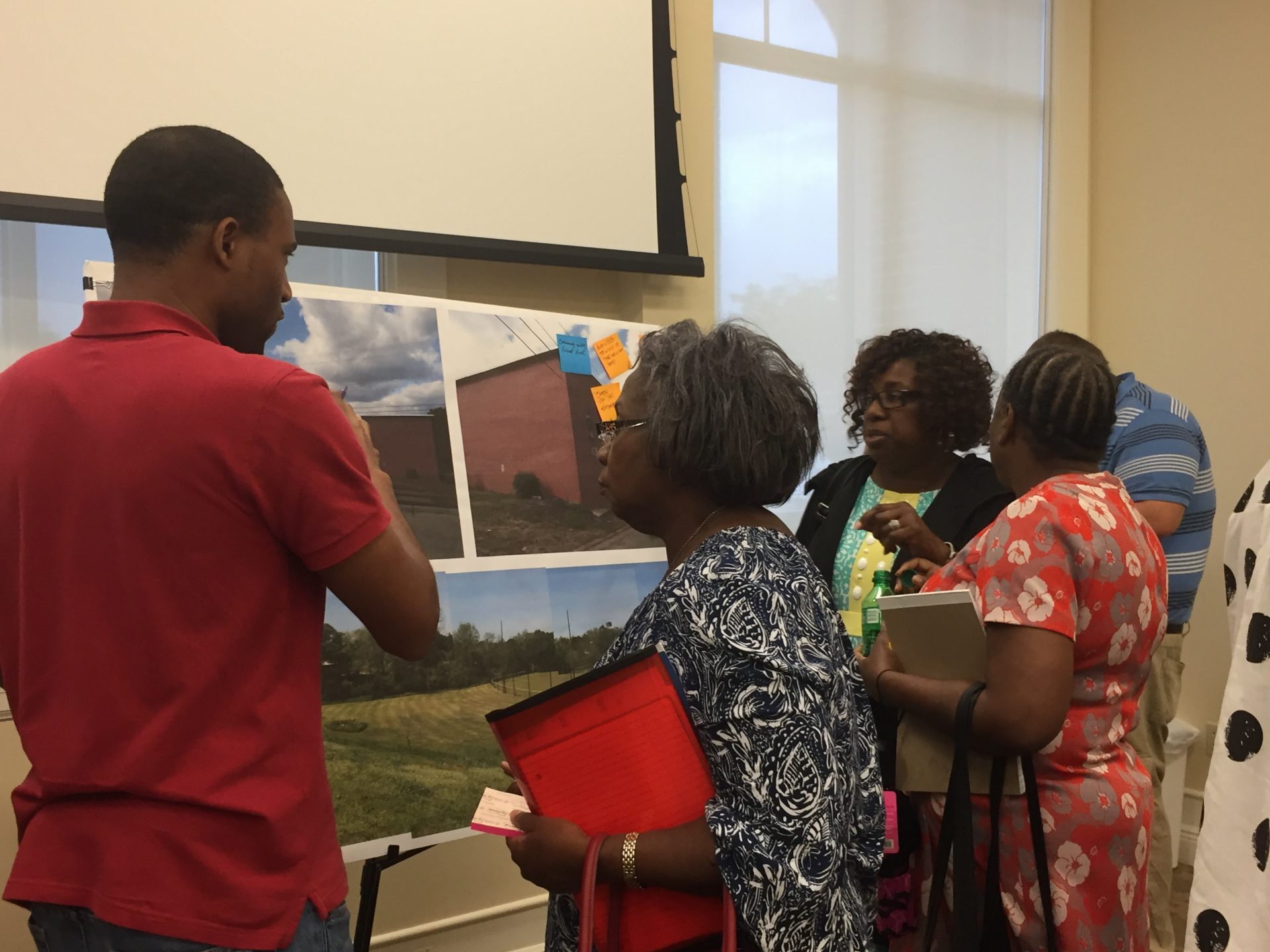 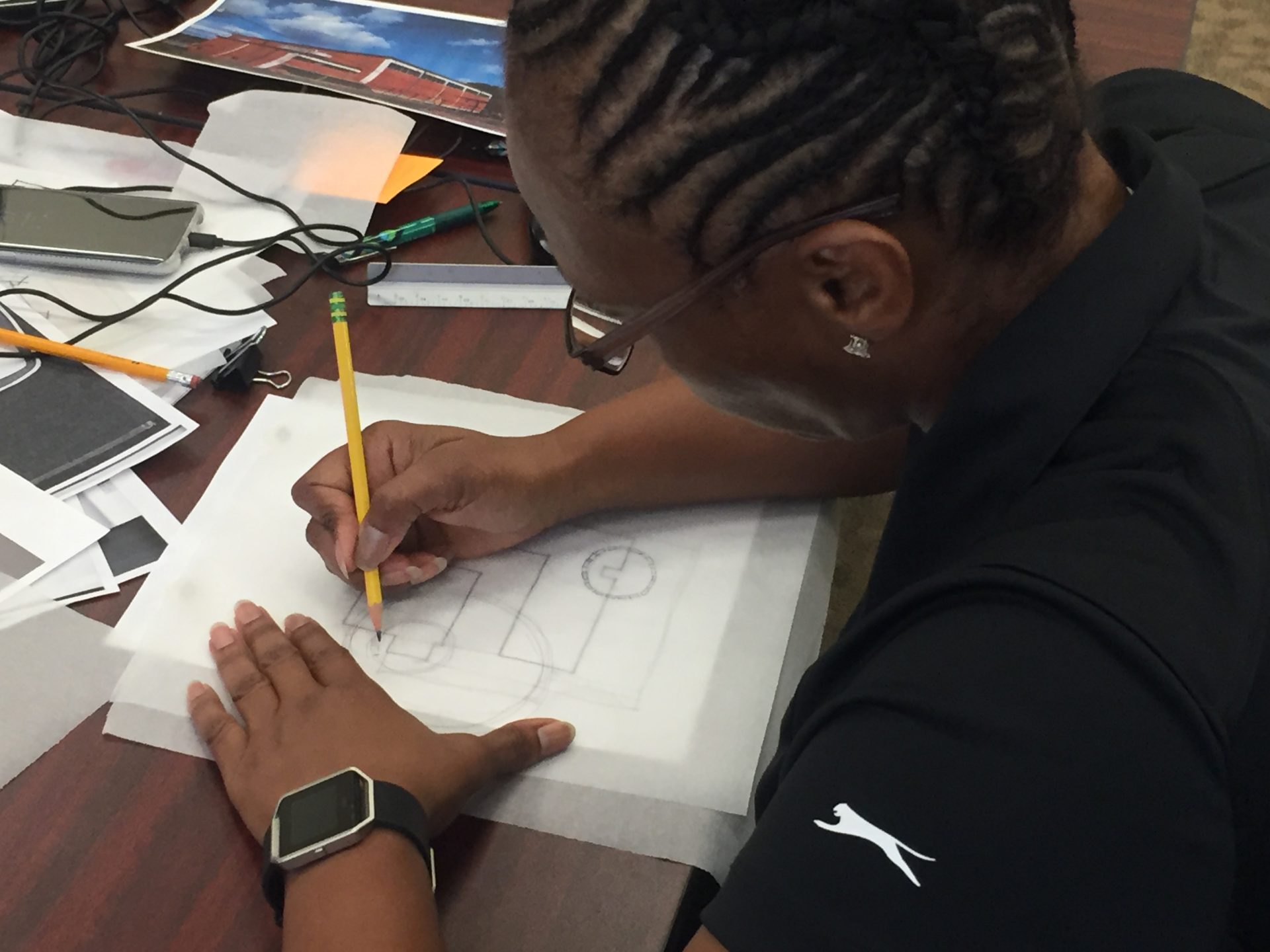 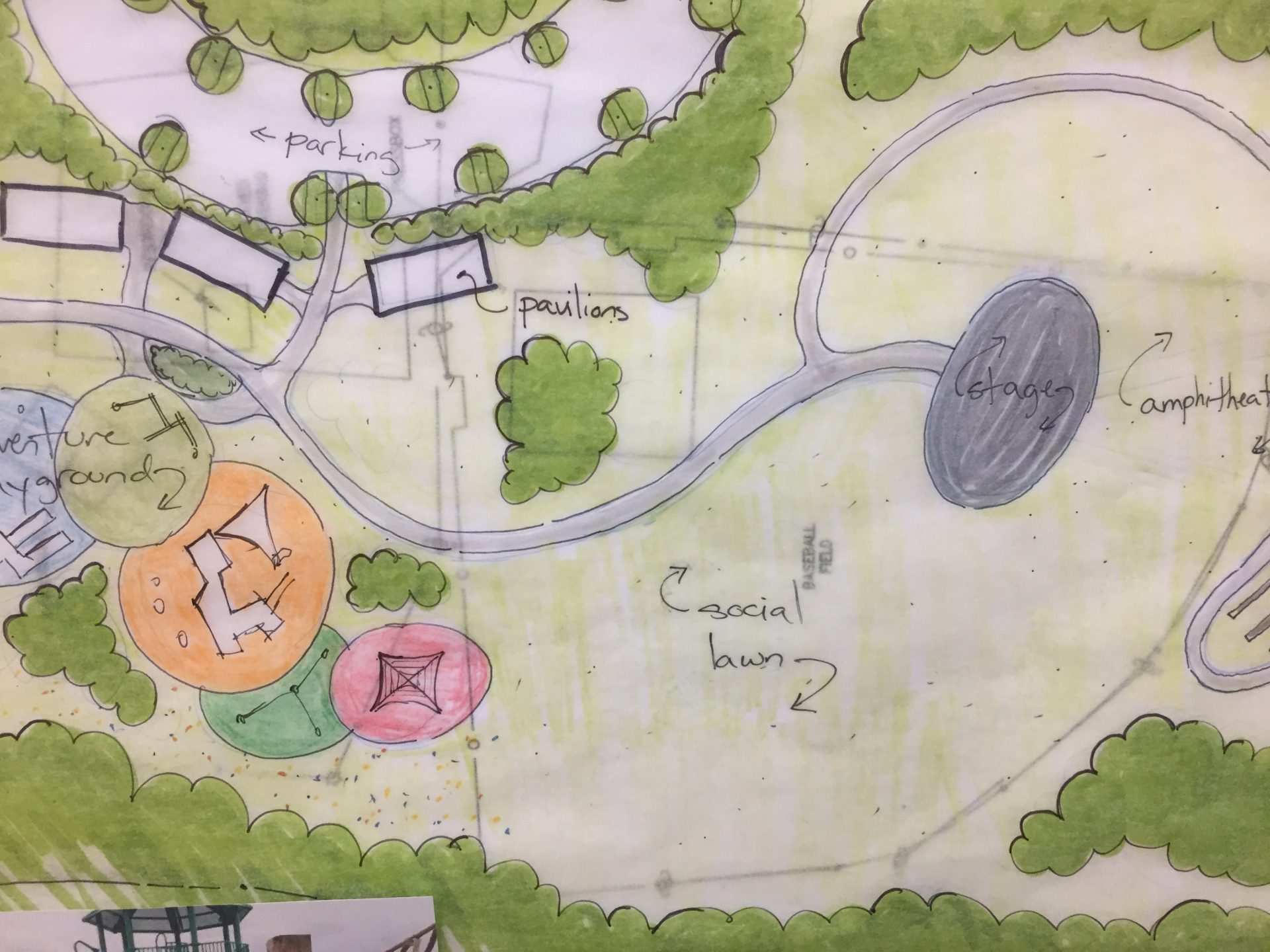 Image 1 -Community input was vital to the Troy DesignPlace Report, created by a team of planners, architects, marketing professionals and historians. Troy Mayor Jason Reeves participated in the 11th annual Mayors Design Summit, a DesignAlabama program that communities participate in prior to DesignPlace.

Image 2 – Presentation drawings were created by the team to illustrate a variety of ideas for reimagining the city of Troy. The report includes ways to enhance the city, from readapting the historic Academy Street School to improving street safety.

Image 3 – This colorful site plan sketch is one of many ways in which the DesignPlace team presented ideas to the city of Troy in its report.