Montgomery is known as the birthplace of the civil rights movement. So, it’s fitting that the Equal Justice Initiative – whose mission is to advance truth and justice in America and confront the legacy of slavery, lynching and segregation – is located in Alabama’s capital.

New to EJI is the Legacy Pavilion designed by Williams Blackstock Architects, which honors local civil rights figures and helps visitors understand the singular role Montgomery played in the nation’s civil rights movement that continues to reverberate worldwide. The site is located at the terminus of a downtown artery, which visually connects the building with the convention center in the heart of downtown Montgomery.

The pavilion serves as a welcome center for EJI’s Legacy Museum and its National Memorial for Peace and Justice a few blocks away, where over 650,000 people have visited in the last two years. The pavilion also includes exhibit space, ticket office, gift shop, coffee shop, a restaurant serving southern cuisine, parking and shuttles to the memorial and museum.

At the north end of the park is a reflection garden featuring a monument to the victims of lynching after the Civil War and during Reconstruction. The pavilion’s black granite fountain rises up from the ground to memorialize over 2,000 people who were lynched between 1865 and 1876. The National Memorial for Peace and Justice documents the era of lynching that occurred later, between 1877 and 1950.

The pavilion was once a windowless tilt-up concrete warehouse now transformed into an inspirational space. Here visitors can connect with an often-overlooked part of history that shaped the country. The design features a perforated stainless-steel floating façade with images of seven key civil rights figures from Montgomery, illuminated in tribute to their legacy. The design concept layers the site and building floor plan with a linear park that extends the full block. It serves as a forecourt to the building facing both downtown and the ballpark.

The building sits on a raised plinth, fronting the park with a porch extending the length of the building. Carved into the plinth is an interlaced composition of stairs, ramps and amphitheater-style seating that provides a place for visitors to reflect on what they have encountered at the EJI sites.

A perforated steel screen serves as a dynamic living sculpture that captures the changing natural light and flows across the park, porch and lobby. The lobby forms an interior “street” that extends along the porch and park where visitors can access tickets, the gift shop, coffee shop, restrooms and restaurant.

Floating above the lobby, porch and park are iconic civil rights figures looking out to the capital city where history was made. An interior mural wall extends the length of the lobby, which complements the images on the screen and provides a narrative that explains the important role of each civil rights figure.

Says Williams Blackstock Architect Jeremy Cutts: “It is both gratifying and humbling to have been a part of this project and contribute, even minutely, to the phenomenal work of the Equal Justice Initiative.”

“This sentiment, which was shared by the entire design and construction team, brought about a spirit of unity and commonality unlike any project I’ve experienced. It is precisely that spirit which we all hope will spread from this site, across the country and around the world.” 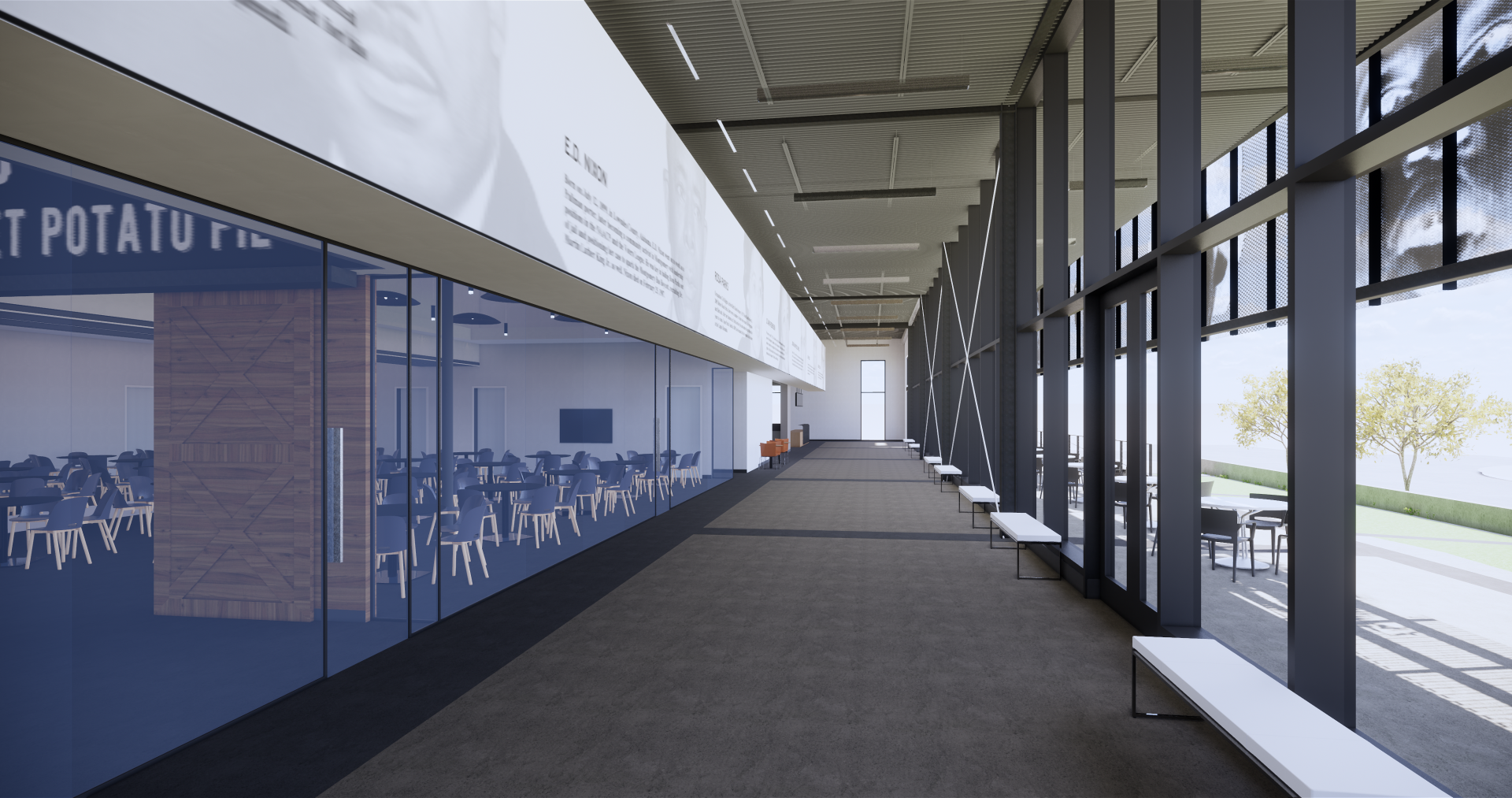 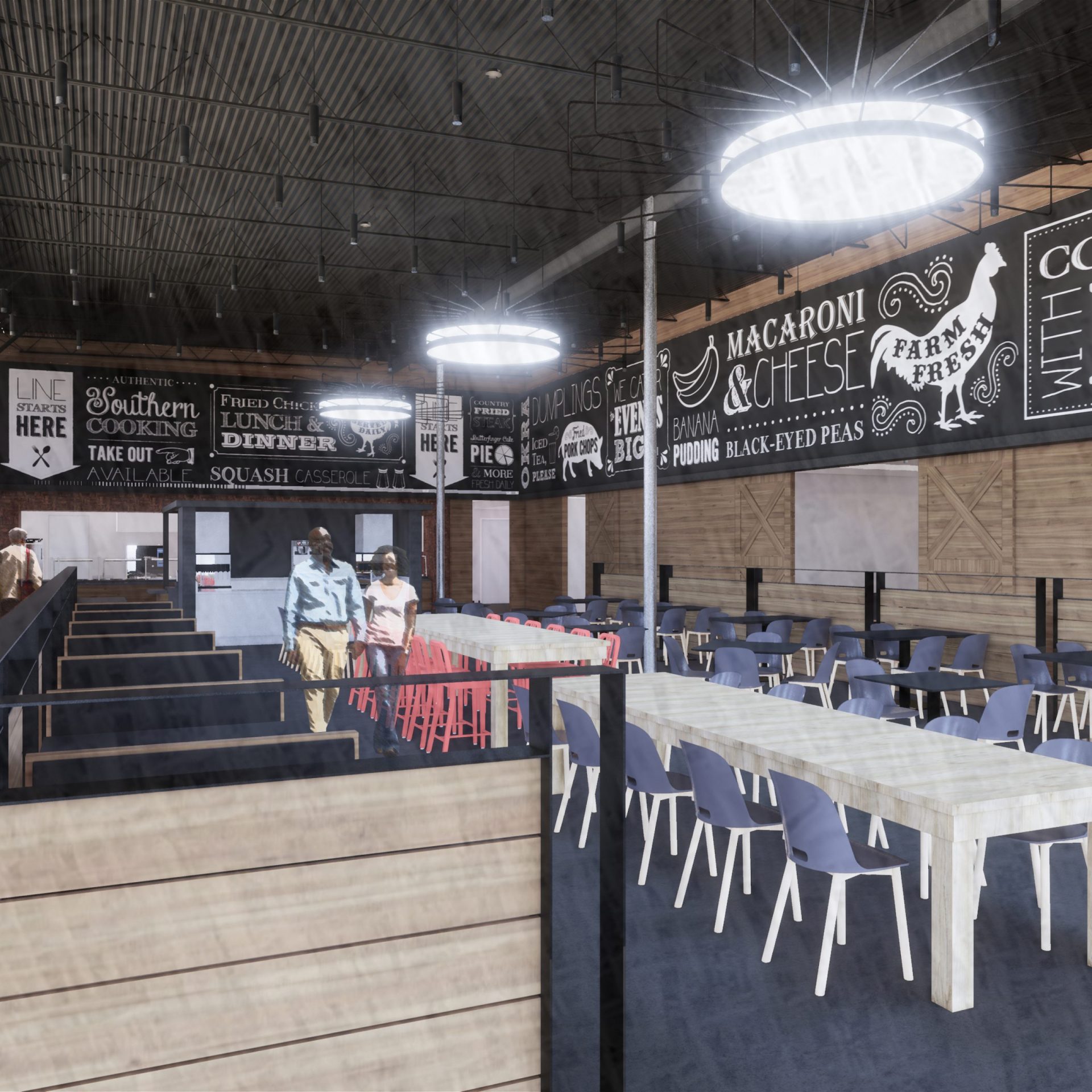 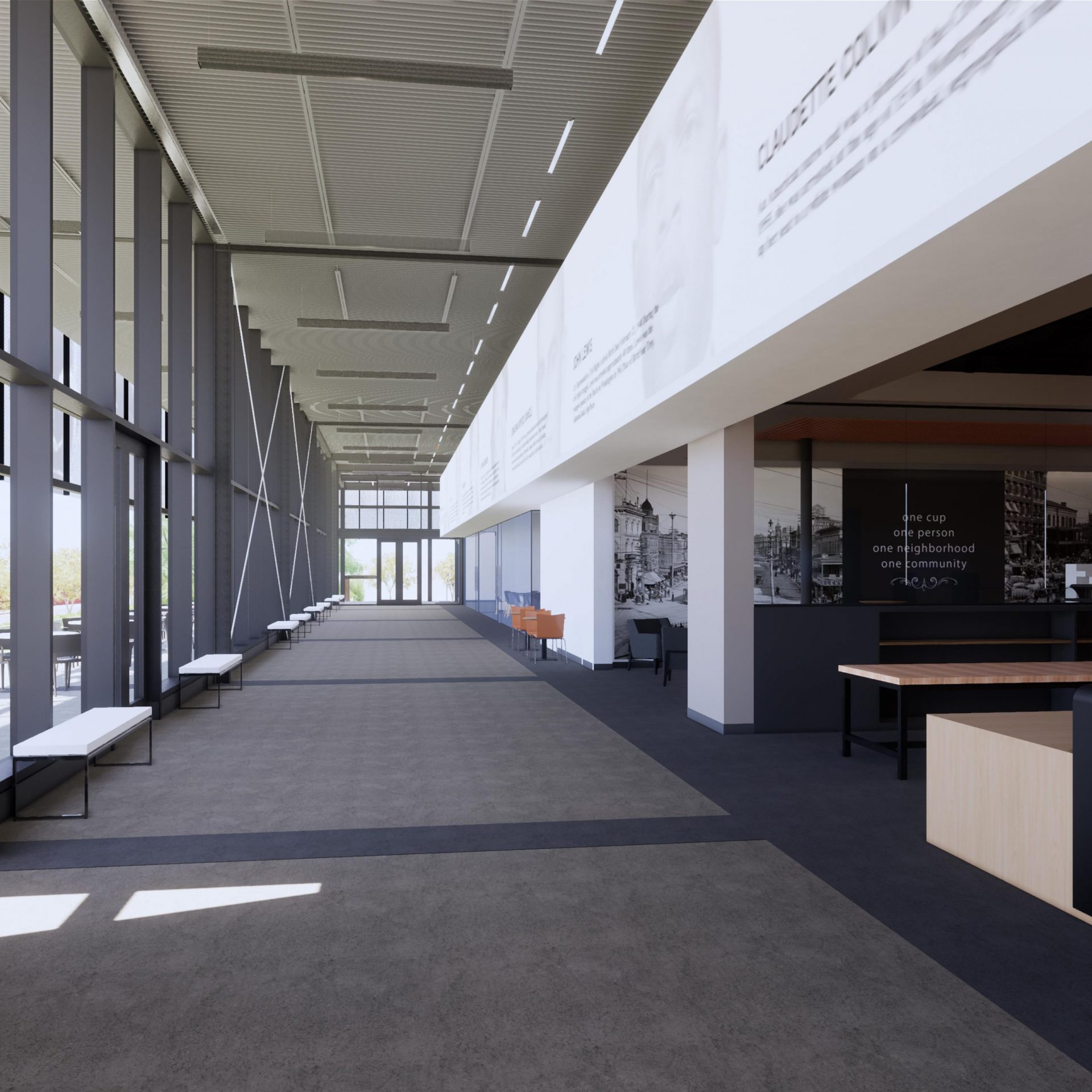 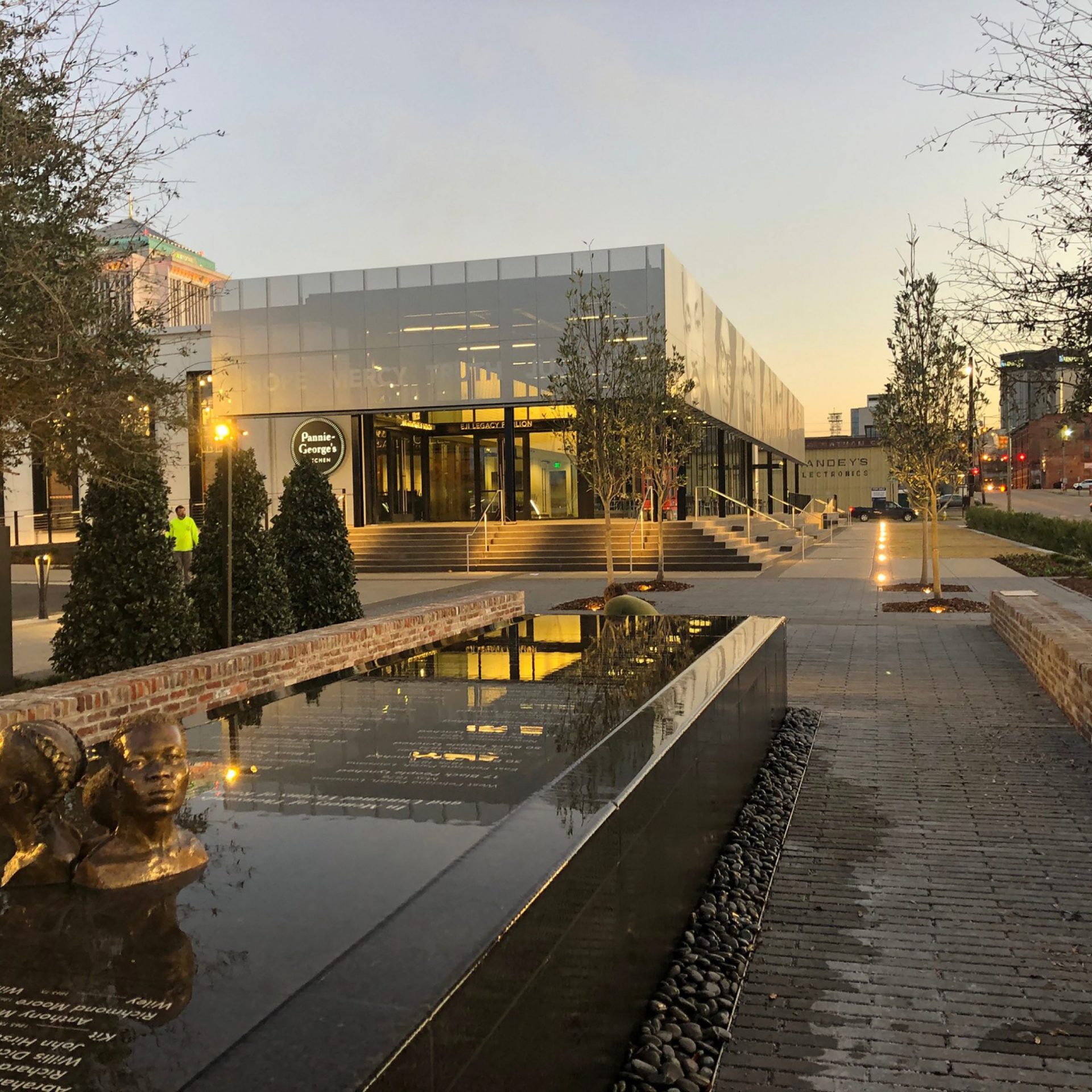 Image 1: The pavilion serves as a welcome center for the Legacy Museum and the National Memorial for Peace and Justice located nearby. A windowless tilt-up concrete warehouse was transformed into an inspirational and thought-provoking space.

Image 2: Visitors to the pavilion can enjoy a restaurant that serves southern-style cuisine. Exhibit space, a ticket office, gift shop and coffee shop are inside the pavilion.

Image 3: The site is located at the terminus of a downtown artery, which visually connects the building with the convention center in the heart of downtown Montgomery.

Image 4: The pavilion’s black granite fountain rises up from the ground to memorialize over 2,000 people who were lynched between 1865 and 1876.