Solving one problem often leads to solving another. That’s how a plan came about to improve one of Alabama’s oldest historic sites – one in Cullman that dates to 1873. Cullman streets were torn up for a utility overhaul which provided a “great opportunity” for further improvements, notes Tony Renta of Renta Urban Land Design that created the project’s master plan.

The project to revitalize Cullman’s Warehouse District starts in June and should finish in September. About half the cost funded through a $640,000 grant from the Transportation Alternatives Program (TAP), a federal program to improve downtown districts and meet ADA compliance. Hardscape improvements include parking, lighting and seating.

“The warehouse district has a certain charm because of its narrow streets and historic industrial architecture,” Renta observes. “Because the warehouse district houses a street section narrower than the rest of the city and houses mostly local merchants, the city wanted this district to hold onto its current charm while being more pedestrian friendly.”

The two-block area is closed to cars during events such as First Fridays when local merchants open their doors and bring merchandise to the sidewalk or street for sale. Submergible bollards are being installed to close the street to traffic during these events. A European feel was desired and with the topography between the buildings being flat, a swale in the center of the road was designed instead of a crown used in most American towns.

“In America, we typically crown our streets and force water into underground storm pipes along the curbs, but we can move the drains to the center of the street in a swale and accomplish the same outcome,” Renta explains. “An advantage to the swelled verses crowned streets is a `flatter’ surface to walk on which lends itself better to foot traffic during events.”

Renta Urban Land Design is also working with the city to develop a Greenway plan to connect schools, city hall, library, senior center, parks and other civic sites to the downtown as it weaves through neighborhoods.

Infrastructure will be improved by adding new ADA accessible paths and sidewalks as construction progresses. Renta says not all parts of the Greenway will follow infrastructure renovation, and portions will be implemented during new street paving or neighborhood development.

“The Greenway is very ambitious with over 50 miles of existing and proposed trails, sidewalks and bike lanes,” he explains. “Because of its scale, the Greenway was divided into districts that have their own unique design ques which reflect the culture of each district. The First Avenue redevelopment plan, also known as the Warehouse District renovation plan, resides in what is identified as the Downtown Loop which houses the majority of municipal buildings and the historic train depot for which the early streets were developed around. The goal of the Downtown Greenway Loop is to link the local businesses to the schools, civic buildings and parks.” 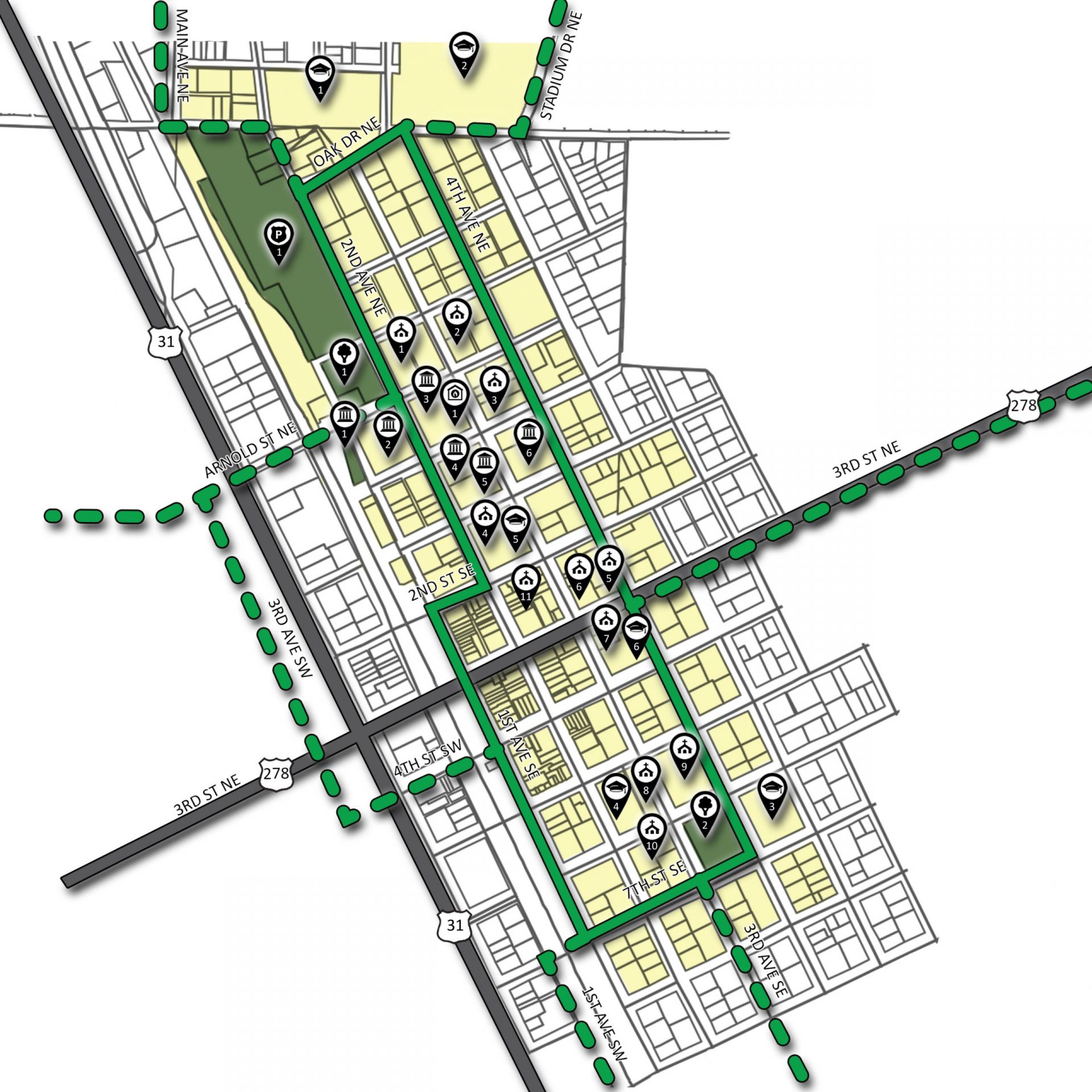 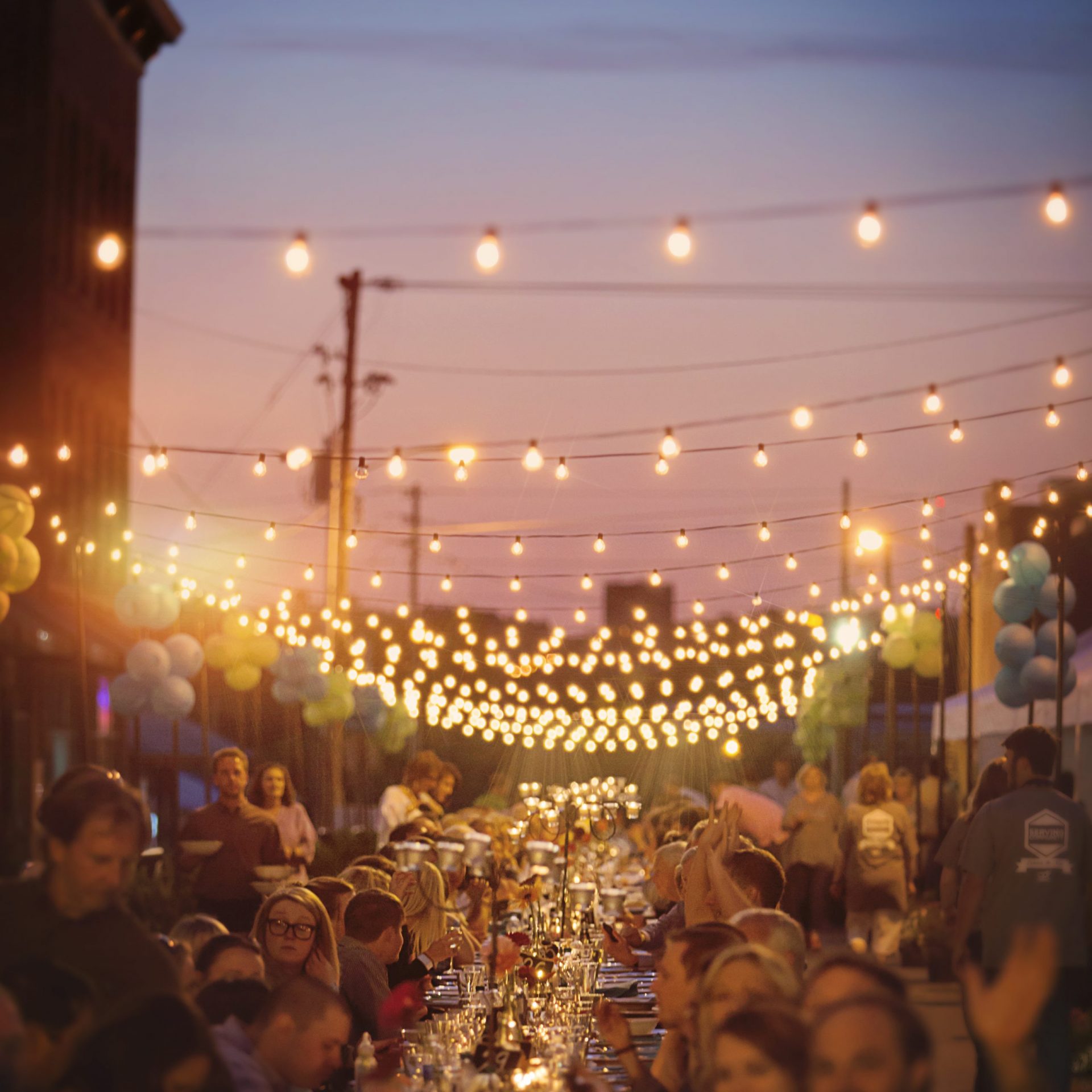 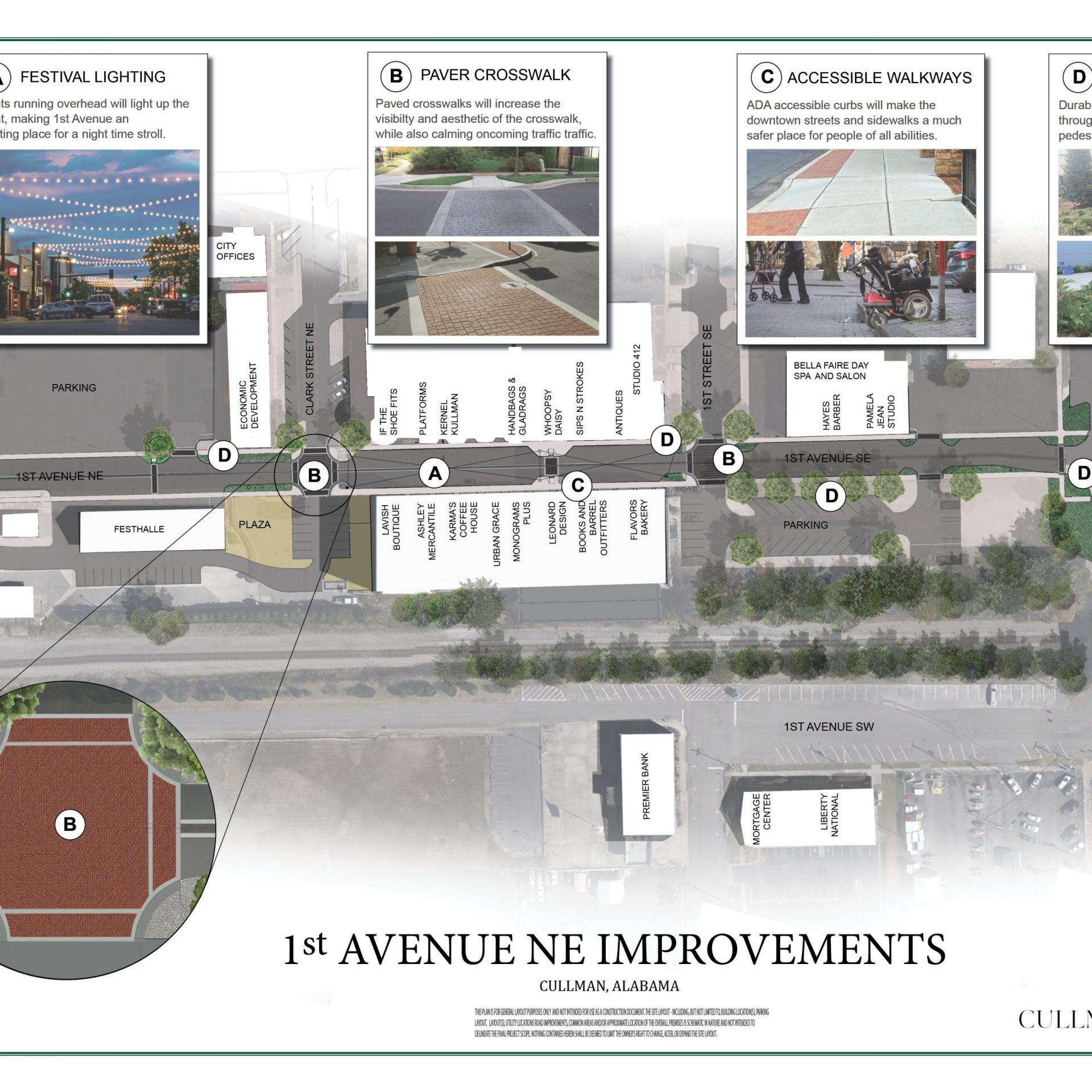 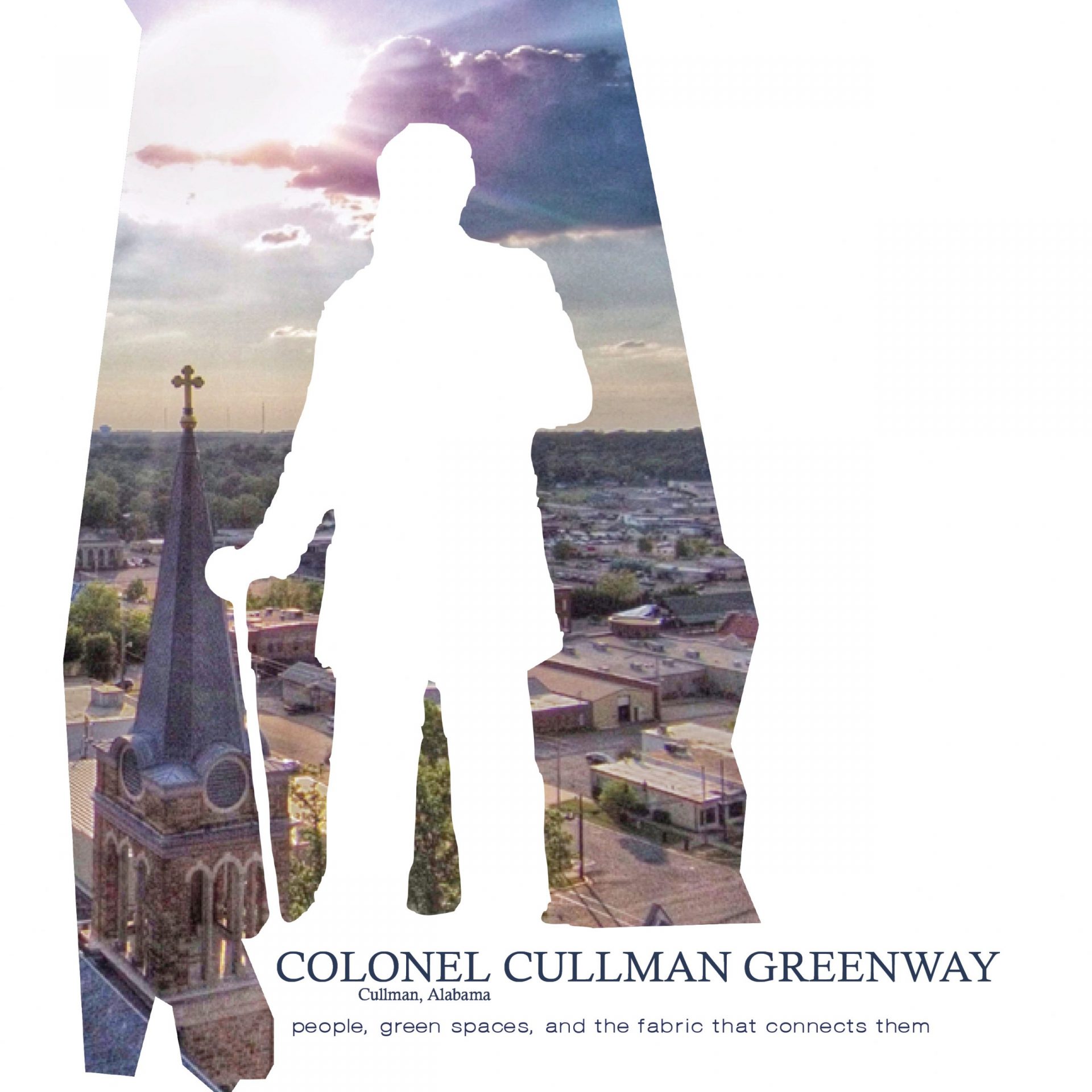 Image 1 – Cullman’s Greenway Downtown Loop connects over 50 miles of existing and proposed trails, sidewalks and bike lanes. The Warehouse District renovation is part of the Downtown Loop, which contains the most of the city’s municipal buildings and the historic train depot.

Image 2- The Warehouse District is well suited for public events. One such event is “Dinner on First’ where the street is blocked off to vehicular traffic and turned into a large pedestrian plaza which lends itself to a festive feel with string lighting.

Image 3- Improvements are about to be made to one of Alabama’s oldest historic sites. Cullman’s Warehouse District, which dates back to 1873, will receive primarily hardscape upgrades, thanks in large part to a grant from the Transportation Alternatives Program (TAP).

Image 4- The eye-catching cover of the Greenway plan, a citywide plan in which Renta Urban Land Design has been working on with the city of Cullman on since 2014. The plan connects civic entities such as schools, city hall, the library, the senior center, and parks to downtown while weaving through Cullman’s neighborhoods.