Gas stations were part of the automobile’s golden age and are one of America’s most ubiquitous commercial building types. Today, bygone stations are appreciated for their historic and architectural significance. So much so that these early 20th century gems are finding new uses like this former 1930s Gulf station in Birmingham’s historic Avondale district.

Completed the summer of 2019, the 400 41st Street Building is now a bustling, multi-tenant office and retail space. The Depression-era building underwent several renovations over the years and though much of its filling station character is gone, it retains original elements including masonry, exposed wood joists and decking that reveal its history, explains Kris Nikolich of Design Initiative who oversaw the adaptive reuse project.

Instead of attempting to restore the building to its original gas station look, the building was renovated to better fit its urban landscape. A 2,000-square-foot, glass enclosed addition fronts the original single-story building. This brings the building to the sidewalk and aligns it with the adjacent fire station.

The project is described as new work that is intentionally distinct to create a “balance composition that juxtaposes old versus new and solid versus transparent. The new form is simple and direct. The building systems are exposed to reflect to the raw character of this emerging neighborhood center.

Occupying the building are a variety of enterprises that appeal to the Avondale community, along with space for a nearby church. Arcadia Salon, Cookie Dough Magic, Sidekicks Sneaker Shop and 4th & Spring, a division of Redeemer Community Church.

Homewood-based Ignite Properties owns the 400 41st Street Building, which reflects the company’s vision of “thoughtful modern architecture that blends the artifacts of the past with clean lines of today.” 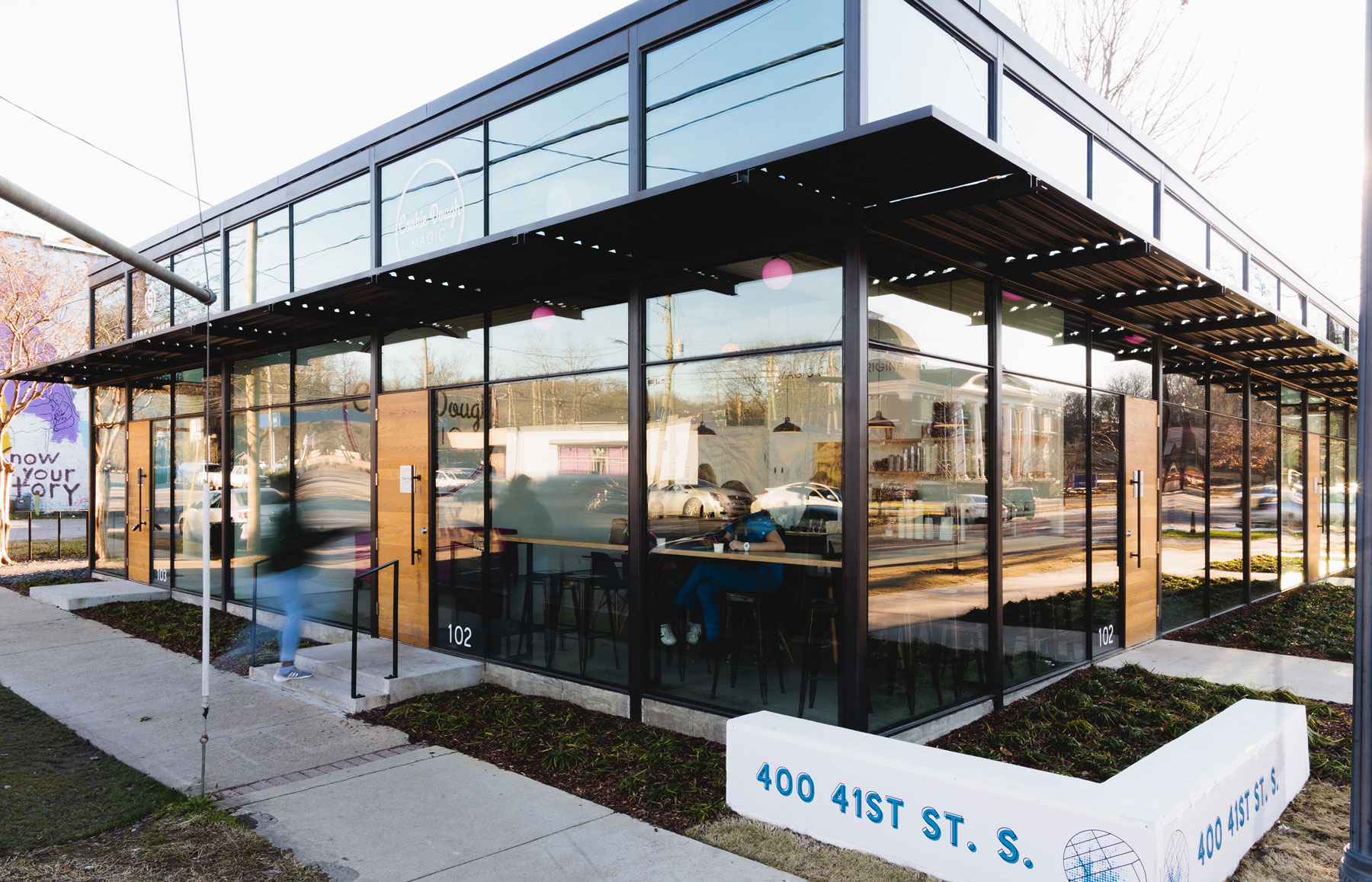 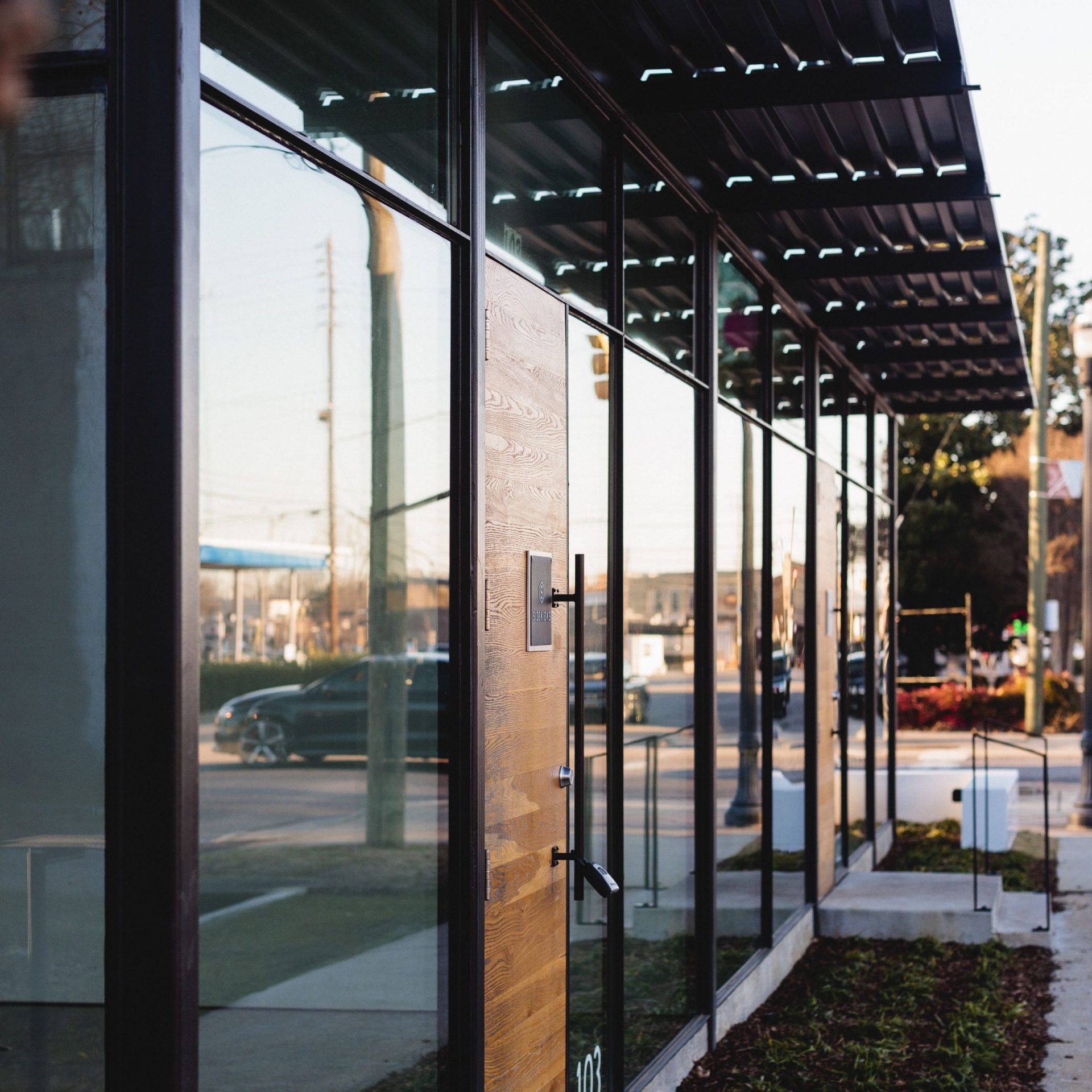 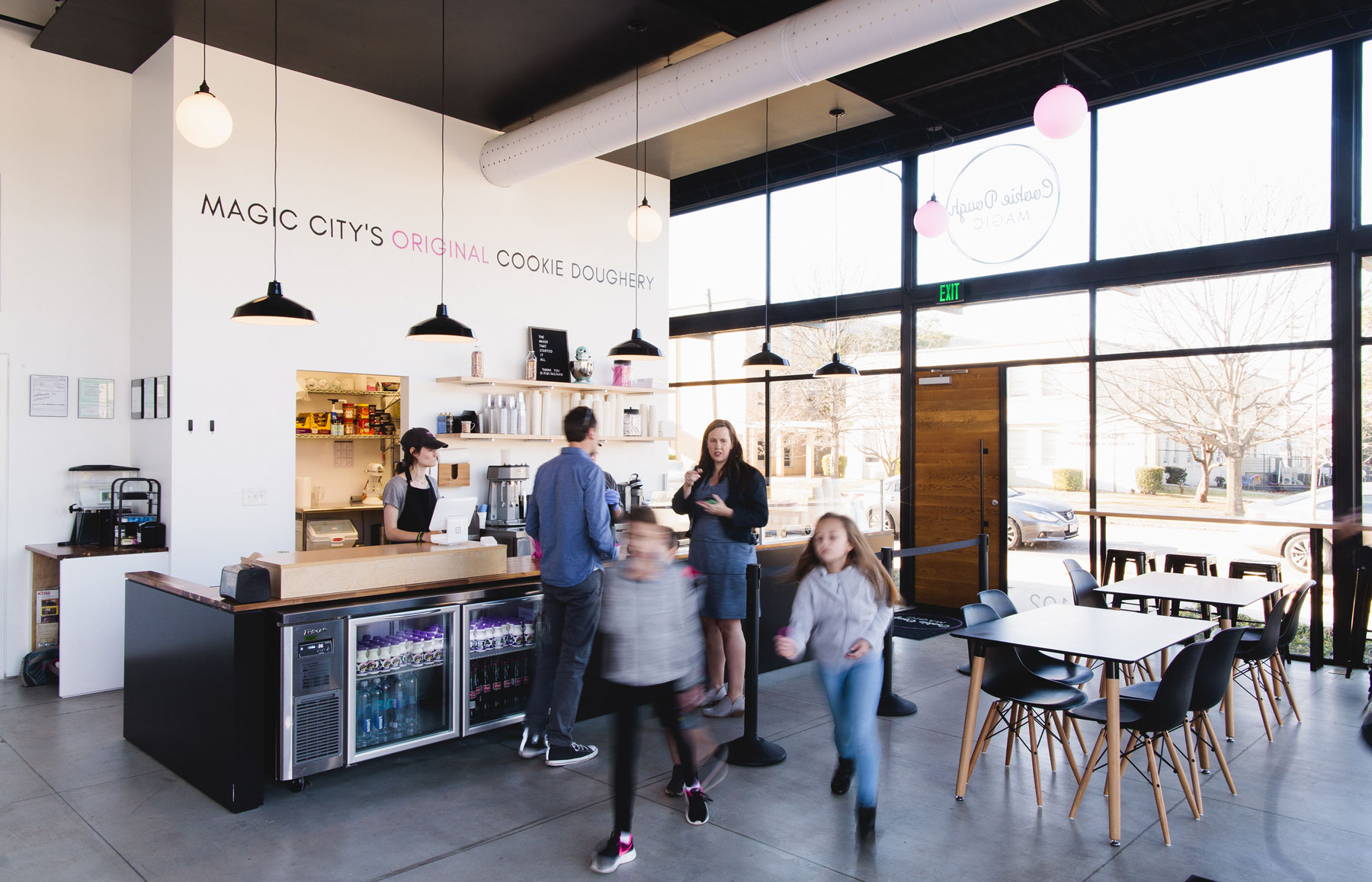 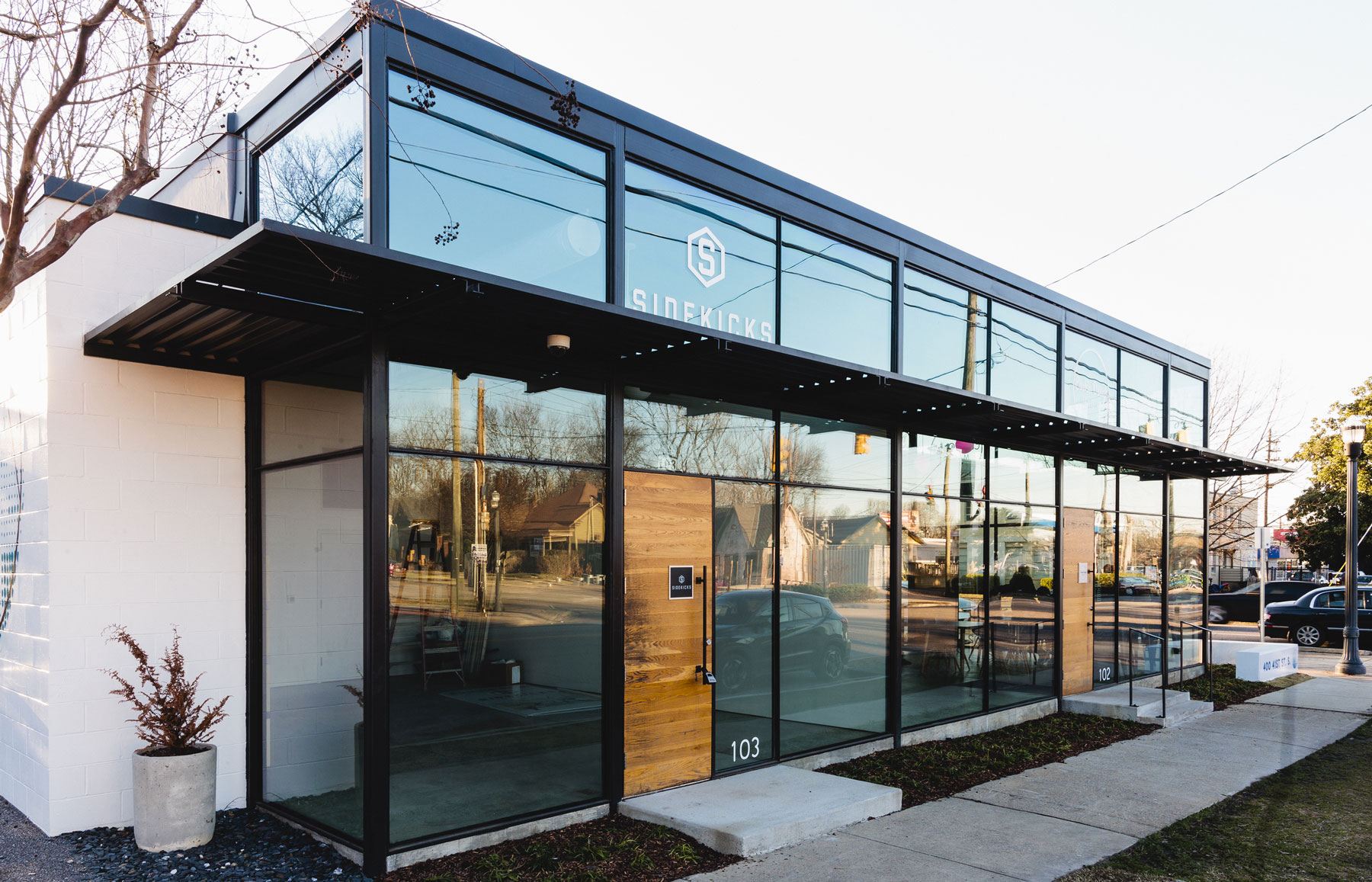 Image 1: The former 1930s Gulf gas station has been renovated several times over the years. Some original elements remain such as brick, exposed wood joists and decking.

Image 2: A 2,000-square-foot, glass enclosed addition fronts the original single-story building. This brings the building to the sidewalk to better fit its urban landscape and align it with the adjacent fire station.

Image 4: The transformed building brings together the old and new with a simple and direct approach. The building systems are exposed to reflect the raw character of this emerging neighborhood center.