Years before her name was synonymous with the civil rights movement, Rosa Parks worked as a seamstress in downtown Montgomery. A new city park has opened on the site of the former Montgomery Fair department store where Parks worked in the alterations department during the mid-1950s.

Located at 29 Dexter Ave., Lower Dexter Park was designed by Chambless King Architects to be a “playful urban space.” One that replicates the look of the 1940s building with a new façade that serves as the entry to the open-air park and features a limestone paver engraved with a quote from Parks.

“The City of Montgomery took a huge step to invest in this project and enable our team to bring a fresh urban experience to the site, while also respecting and bringing attention to its important history,” explains project manager Mike Show of Chambless King Architects.

The city decided to demolish the building, which was in disrepair and structurally unsound. The award-winning park – along with the replica of the Montgomery Fair department store façade – was created to provide egress for adjacent buildings and is part of the revitalization of the Dexter Avenue area.

Facing Dexter Avenue, the façade was recreated using reclaimed materials from the original building. It is held up with piers and a steel subframe, and the street-level area is open to connect to street activity. Most of the large vitrolite glass tiles were salvaged from the original façade. This pigmented structural glass was commonly used on storefronts during this era. Many of the large glass blocks in the center window were also salvaged.

Window frames were recreated without glazing in order to reduce wind load on the free-standing façade structure and to maximize breeze and light. The deck, designed like observation space, was built with tough, dense garapa hardwood that’s resistant to decay and insects. Native grasses were planted to create movement.

Chambless King Architects won the AIA Alabama 2019 Honorable Mention Award for the 29 Dexter Pocket Park. A juror called the park “a beautiful use of remnant space, transforming it into something useful and attractive with economic means.” 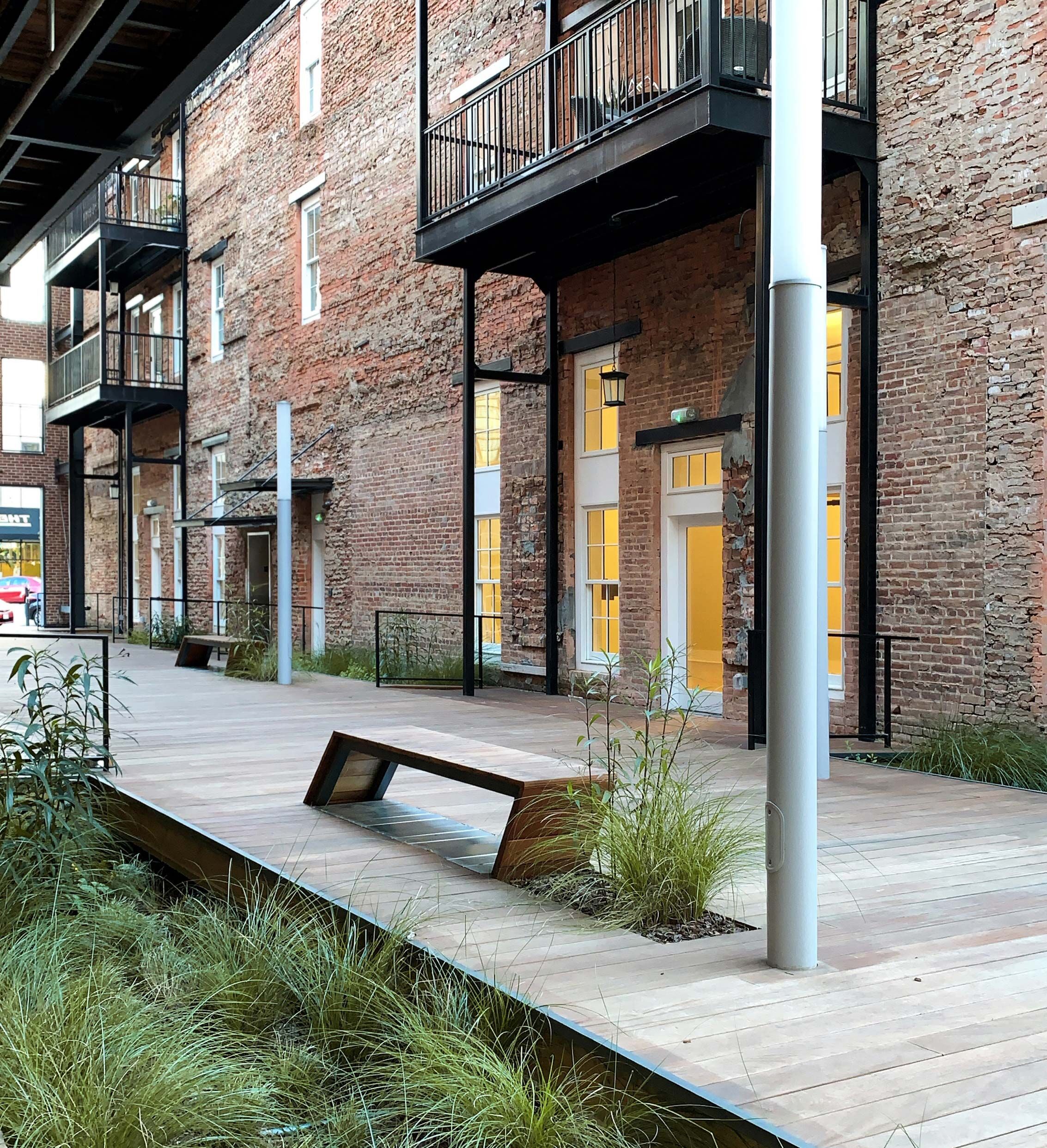 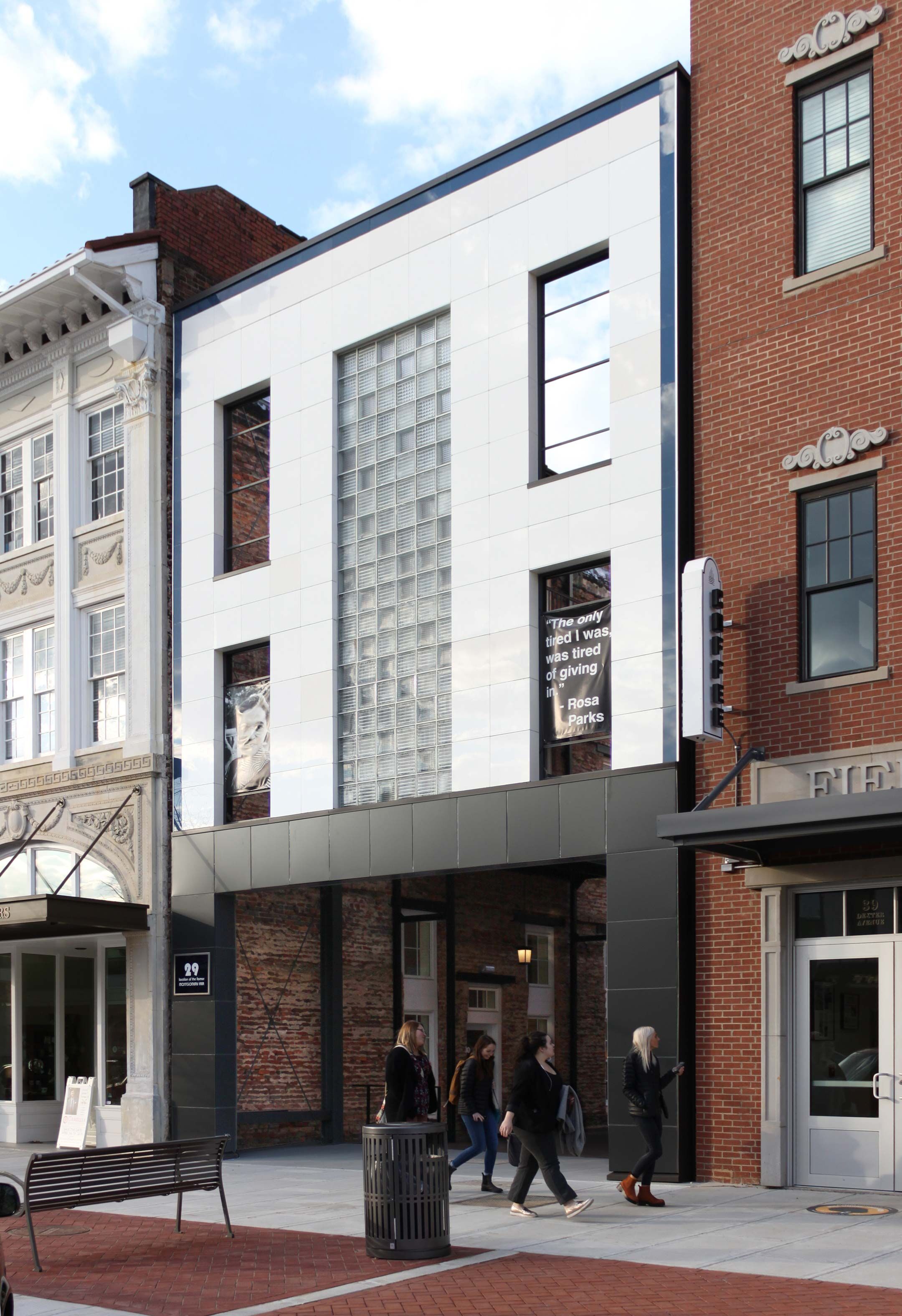 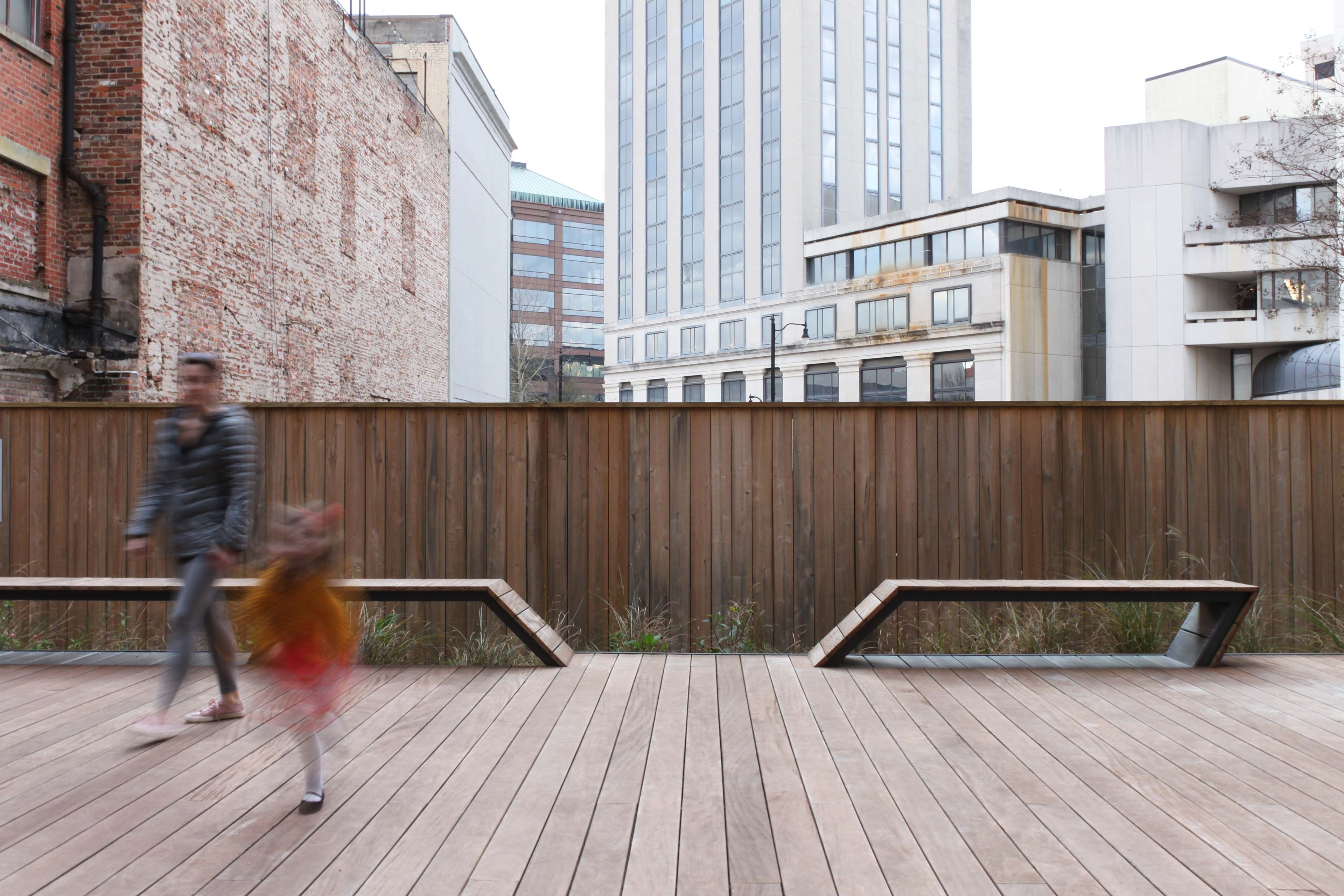 Image 1- Native grasses were planted to create movement and bring a touch of nature to this urban setting. Lower Dexter Park opened in June 2018 and is part of the revitalization of the Dexter Avenue area.

Image 2- The focal point of Lower Dexter Park is a replica of the Montgomery Fair department store façade. Facing Dexter Avenue, the façade was recreated using reclaimed materials from the original building. Salvaged glass block and white and blue vitrolite tiles from the original facade create an eye-catching entry to the public park.

Image 3- The deck, which overlooks neighboring tall buildings in downtown Montgomery, was built with resilient garapa hardwood. The façade/park project was developed to provide egress for adjacent buildings at 25 Dexter Ave., 35 Dexter Ave. and into the ornate historic Kress Building at 39 Dexter.