Opportunities to enjoy the Alabama outdoors just keep getting better and better. Plans are under way to connect three north Alabama counties with the Singing River Trail, a 70-mile trail linking Huntsville, Madison, Decatur and Athens.

A master plan has been drafted which will determine the trail routing, and the trail could eventually wind through all of north Alabama. Public input is encouraged to identify locations to connect to the trail and visit www.singingrivertrail.com to take a survey. Once the master plan is complete, the design and construction will take place over several years.

A meeting was recently held to look at “low hanging fruit” – segments of the route that can be implemented easily and quickly without too much funding or engineering, says Shannon Keith, planning associate with the Durham, N.C.-based Alta Planning & Design. One example of this would be through the Wheeler Wildlife Refuge where there are current trails and roads that would just need an improved surface and signage, continues Keith, who adds that the municipalities along the trail are already helping fund the master plan.

With so much enthusiasm for the trail, it is hoped that the municipalities will remain committed to assisting with funding along the way, Keith points out, and fundraising will also continue through corporate and private donations.

“I think one way the municipalities can continue to support this is to keep the Singing River Trail in mind with their current road surfacing plans in order to facilitate bike lanes. If they can keep the routing in mind as the planners and engineers update their road, sidewalk and greenway plans, we can incorporate the SRT where it makes sense to do so.”

Alta has proposed a bike and pedestrian bridge that would connect the Space and Rocket Center segment with the Redstone Gateway.
“Designing a bridge for that span over Rideout Road could potentially be something a designer could have some fun with. Since this trail runs through rural and urban areas and could change surfaces based off location and use, there is quite a few places where someone could get creative,” observes Keith.

“Greenways are full of stops along the way to include splash pads, farmers markets, eateries, coffee shops, parks, outdoor art displays, historical interpretation locations and anything else that would add to the experience of living and learning in the outdoors would need to be taken into consideration as developers plan and design spaces along the trail route.”

This Native American heritage trail was given the name used by a Yuchi Indian tribe who lived along the Tennessee River and called it the “Singing River” because they believed a woman lived in the river and sang to them. 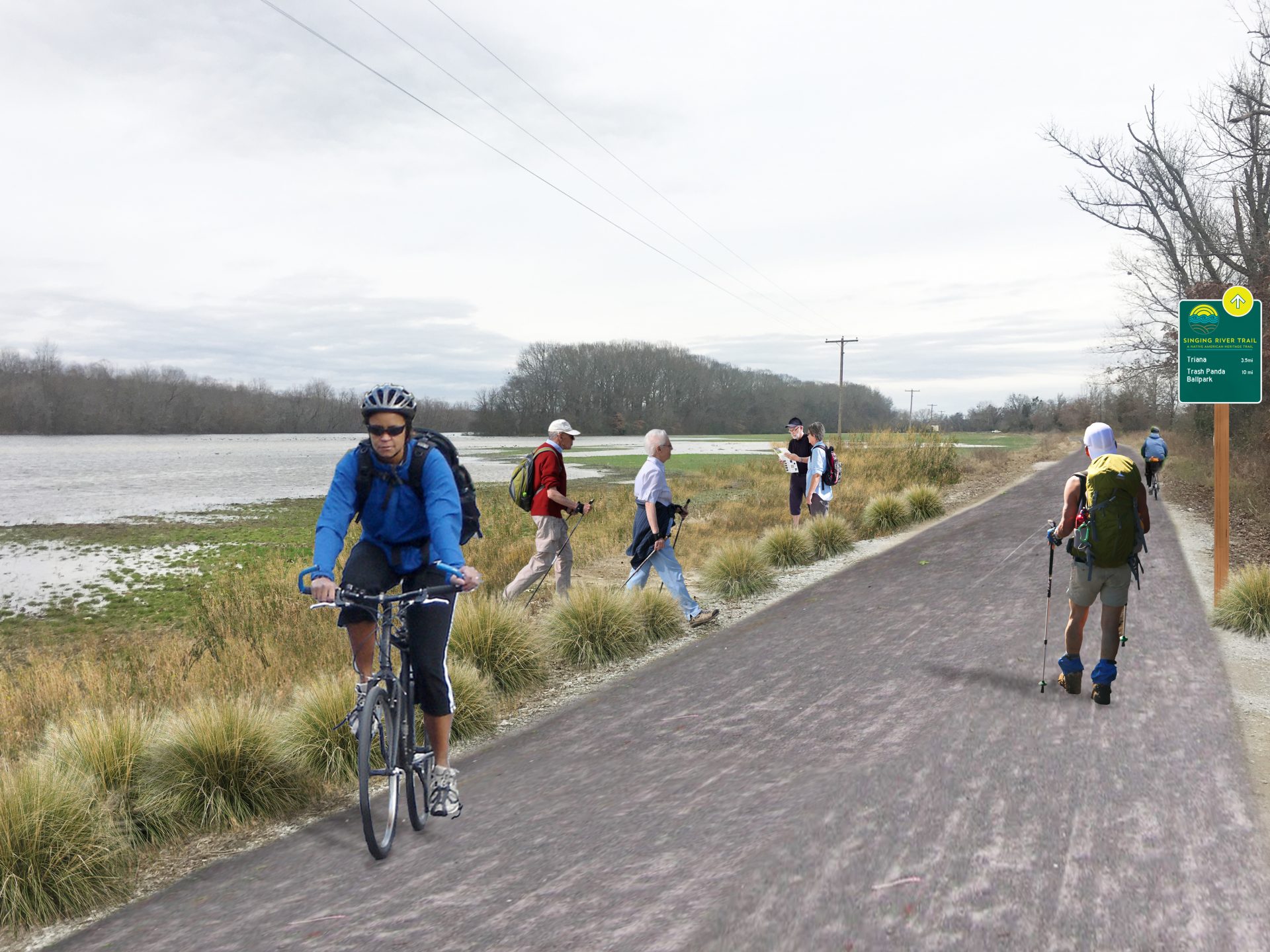 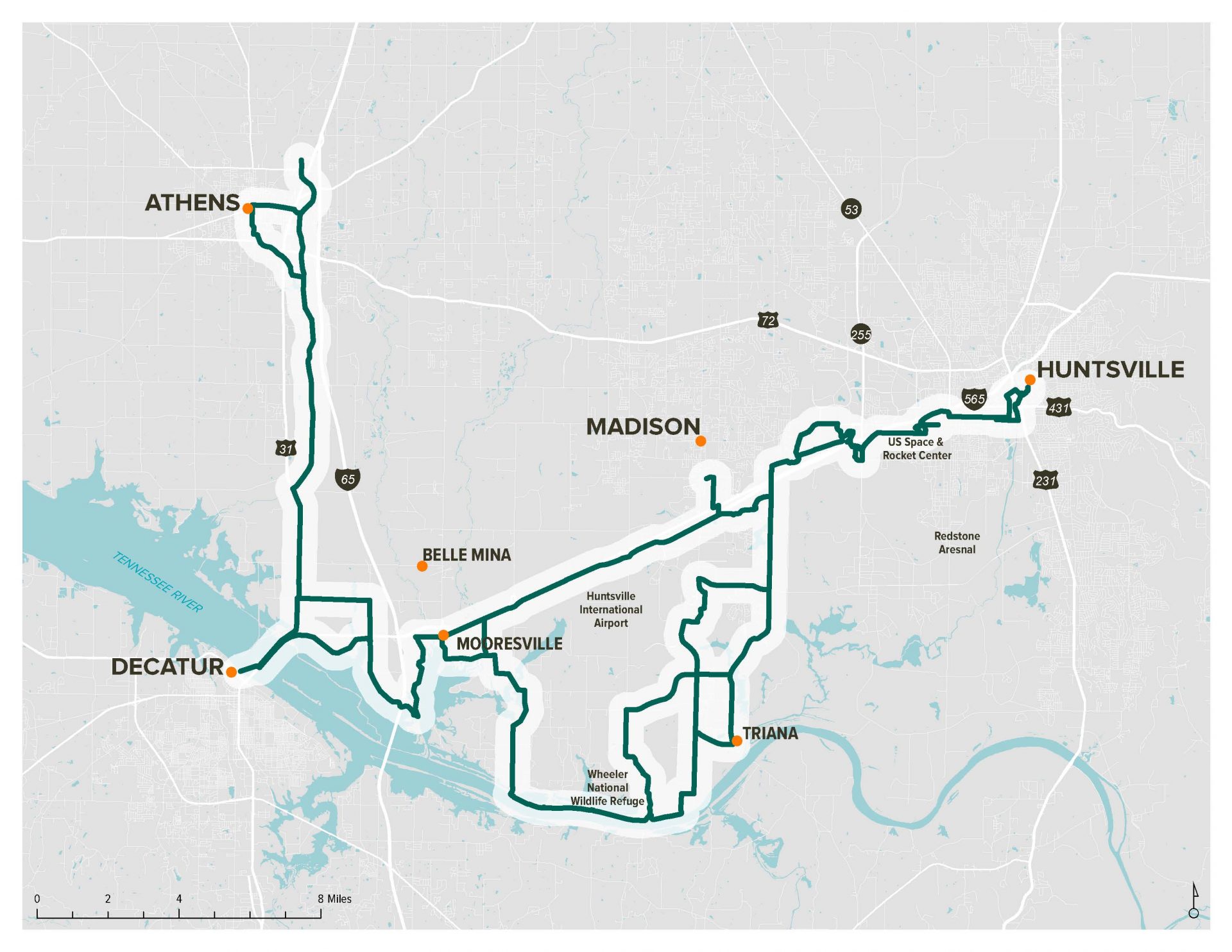 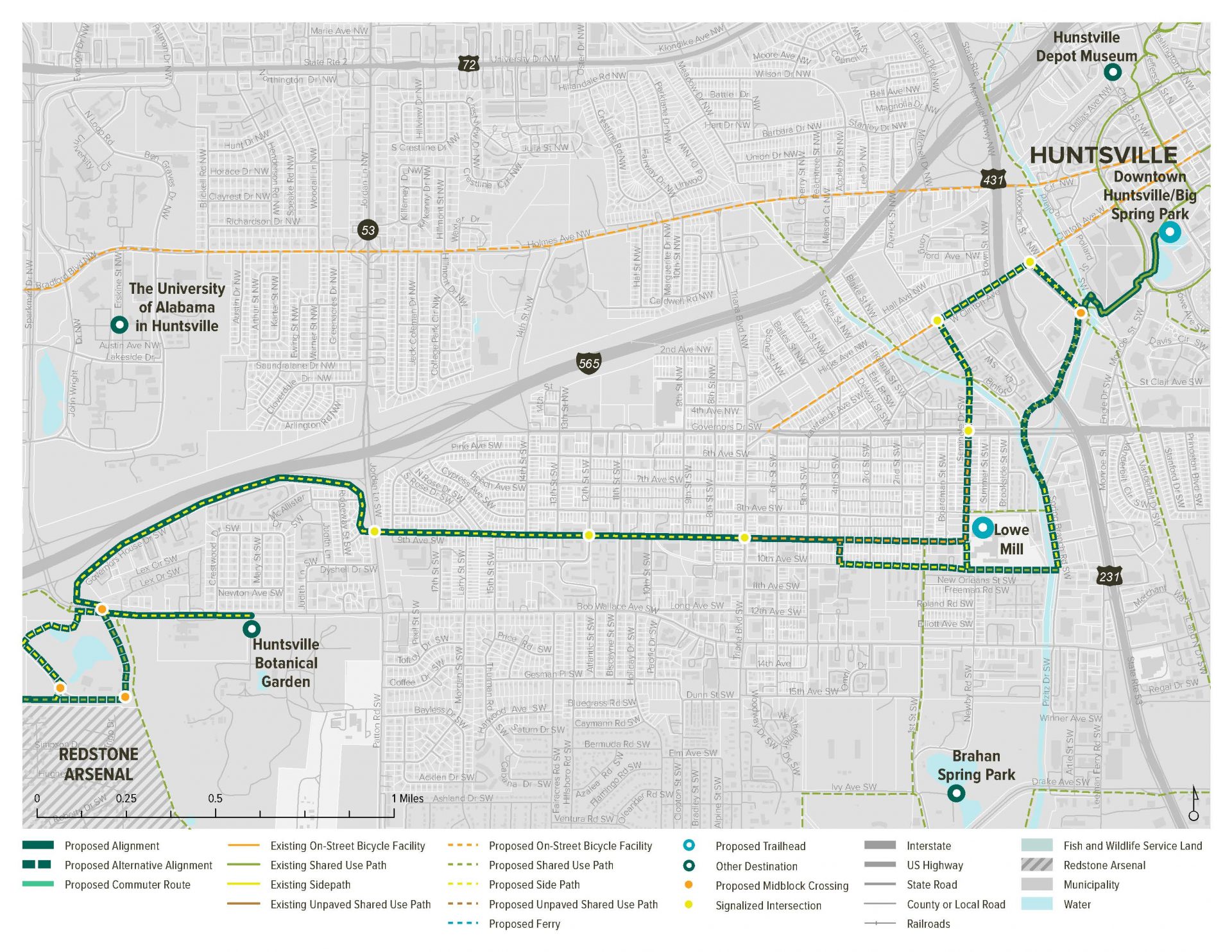 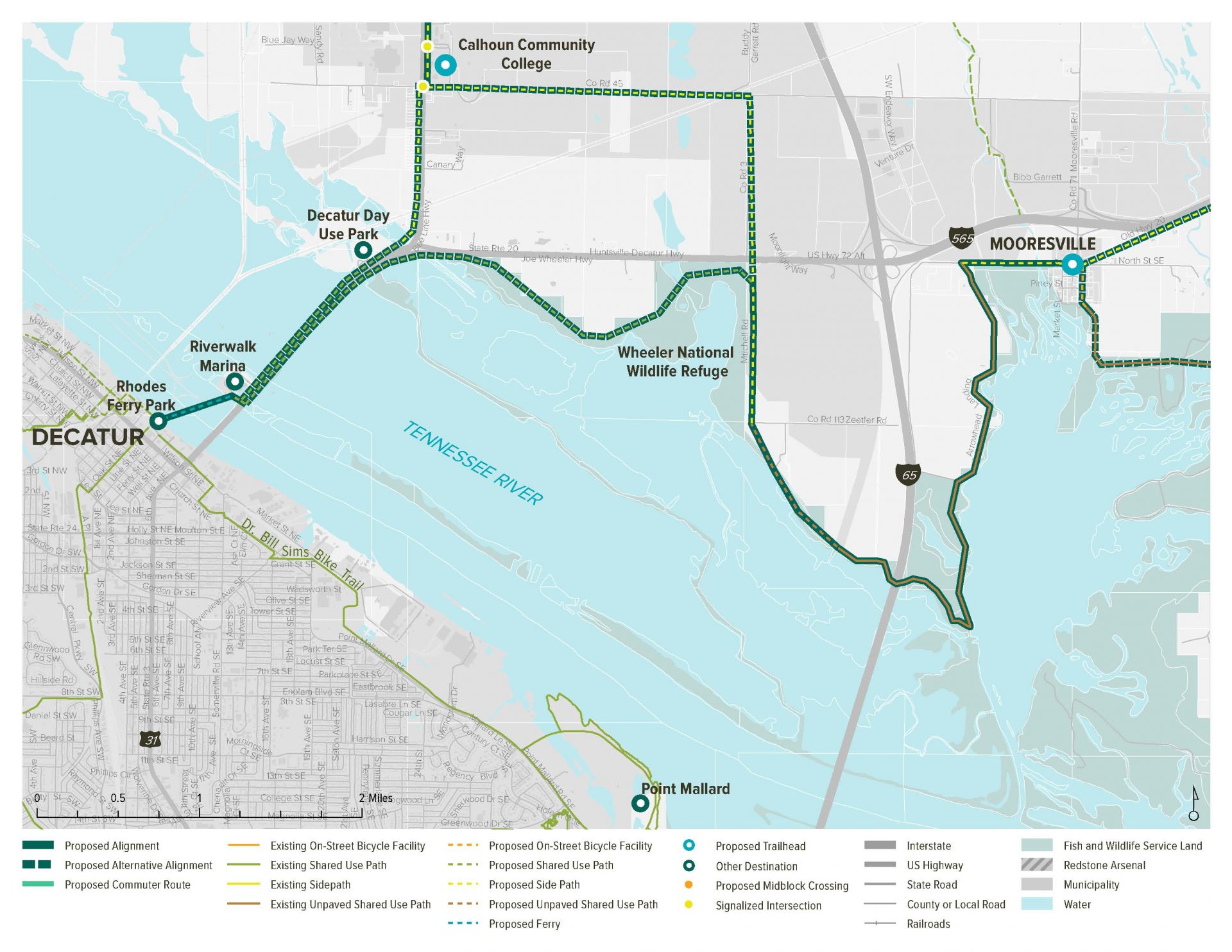 Image 1: Biker riders and hikers will enjoy the greenways along the 70-mile trail that cuts through three counties and four municipalities in north Alabama.

Image 2: A master plan has been drafted which will determine the trail routing of Singing River Trail, which could eventually wind through all of north Alabama. Once the master plan is complete, the design and construction of the trail will take place over several-year period.

Image 3: Input is encouraged in order to identify locations that the public would like connected to the trail. Citizens are also urged to visit www.singingrivertrail.com to take a survey.

Image 4: This Native American heritage trail was given the name used by a Yuchi Indian tribe who lived along the Tennessee River, which they called “Singing River” because they believed a woman lived in the river and sang to them.