One of Columbiana’s earliest buildings is being repurposed into something new – for use as a restaurant, bar and event space. Constructed in the early 1800s, the two-story downtown building was originally used as a mercantile business on the street level with apartments on the upper level.

Developed by Rob McLeroy and David Oakes, the McOakes Development project is conceived as a future bar and entertainment destination with areas on the lower level for pool tables and other games, says Architect Kris Nikolich of Birmingham-based Design Initiative. Eagle Framing in Columbiana is the contractor on the project.

Exterior work and new floors are expected to be completed by October. Once a long-term tenant or buyer is found, work will begin on the interior finishing.

The shell of the original building was left intact and a new steel structure created inside it. A large glass garage door opening on the alley façade will open during temperate days and nights to access food trucks. A new grand stair leads to upper level lounge and seating areas.

The existing building is 24-feet wide and 90-feet deep, with its front east façade facing South Main Street and its west façade abutting the alley to the rear. Construction of the exterior bearing walls is 12-feet-thick masonry with wood-framed floors and roof.

As a result of the building’s long disuse, the roof and floors deteriorated and were removed at the start of the renovation work, Nikolich says. The front façade featured large glass openings at the sidewalk level and tall decorative masonry openings at the upper floor level.

Scaled window openings exist on the long sides of the building and at the rear, though many have been filled in for fire protection, he says. Two cast iron columns that flank the original front door will remain and add character to the building. A new wood-framed balcony will be installed at the front over the sidewalk with a new set of exterior stairs in the adjacent areaway.

“To stabilize the existing masonry walls and support the new floor levels, we are adding a series of columns just inside of the exterior walls,” explains Nikolich. “These columns will rest on new cast-in-place concrete foundations and extend vertically to support the new floors and sloped roof assembly. Since the developer’s construction business builds with state-of-the-art wood structural systems, wood joists, trusses and laminated members are expressed on the interior.”

A steel column approach was chosen to allow the original brick surfaces on the interior to remain exposed, Nikolich continues. The vertical element or “core” contains bathrooms and mechanical areas inside the masonry envelope. The grand stair connects the floor levels that wrap around this element as people move vertically through the building. Nikolich says the culmination of the spatial sequence is the balcony at the front façade that overlooks South Main Street. 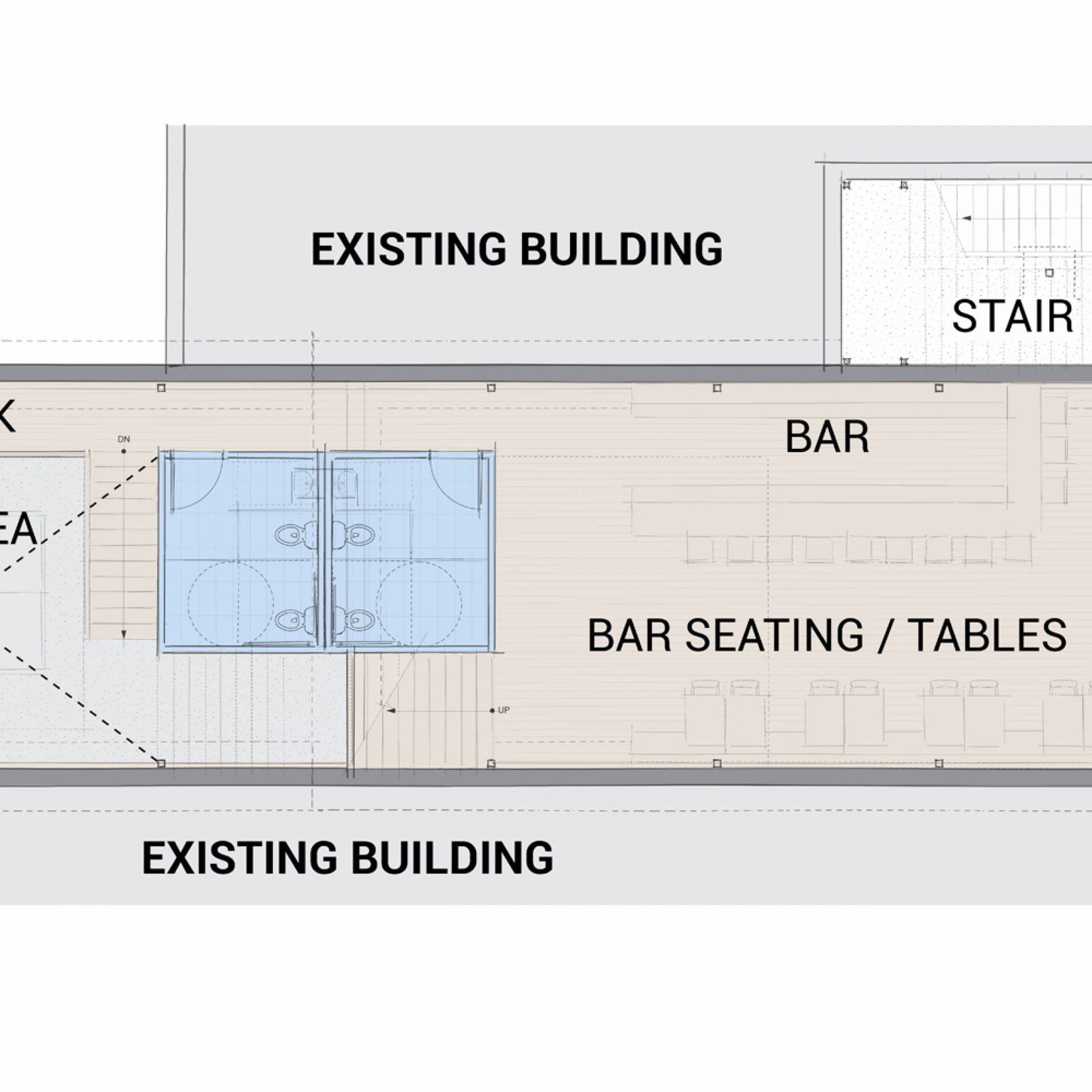 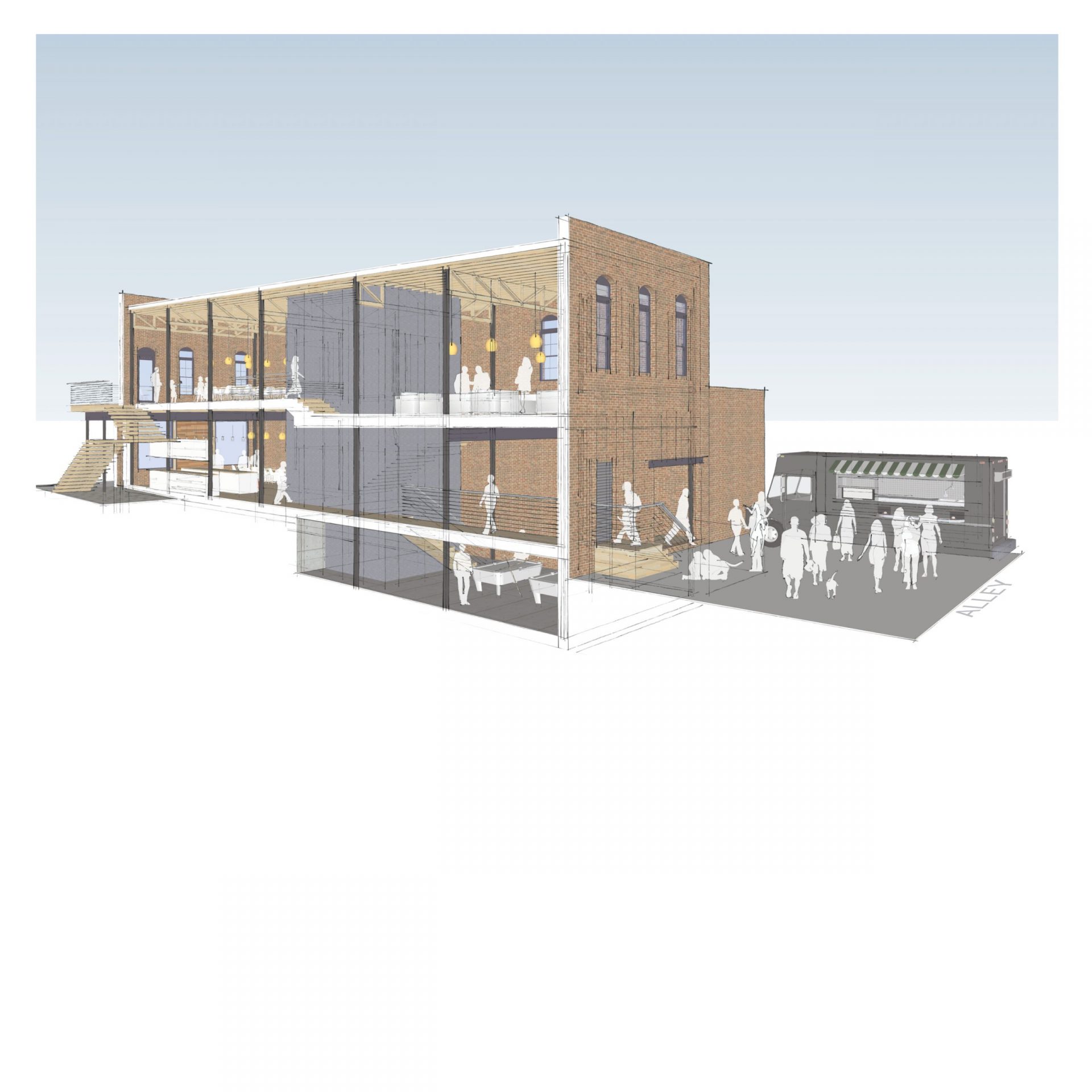 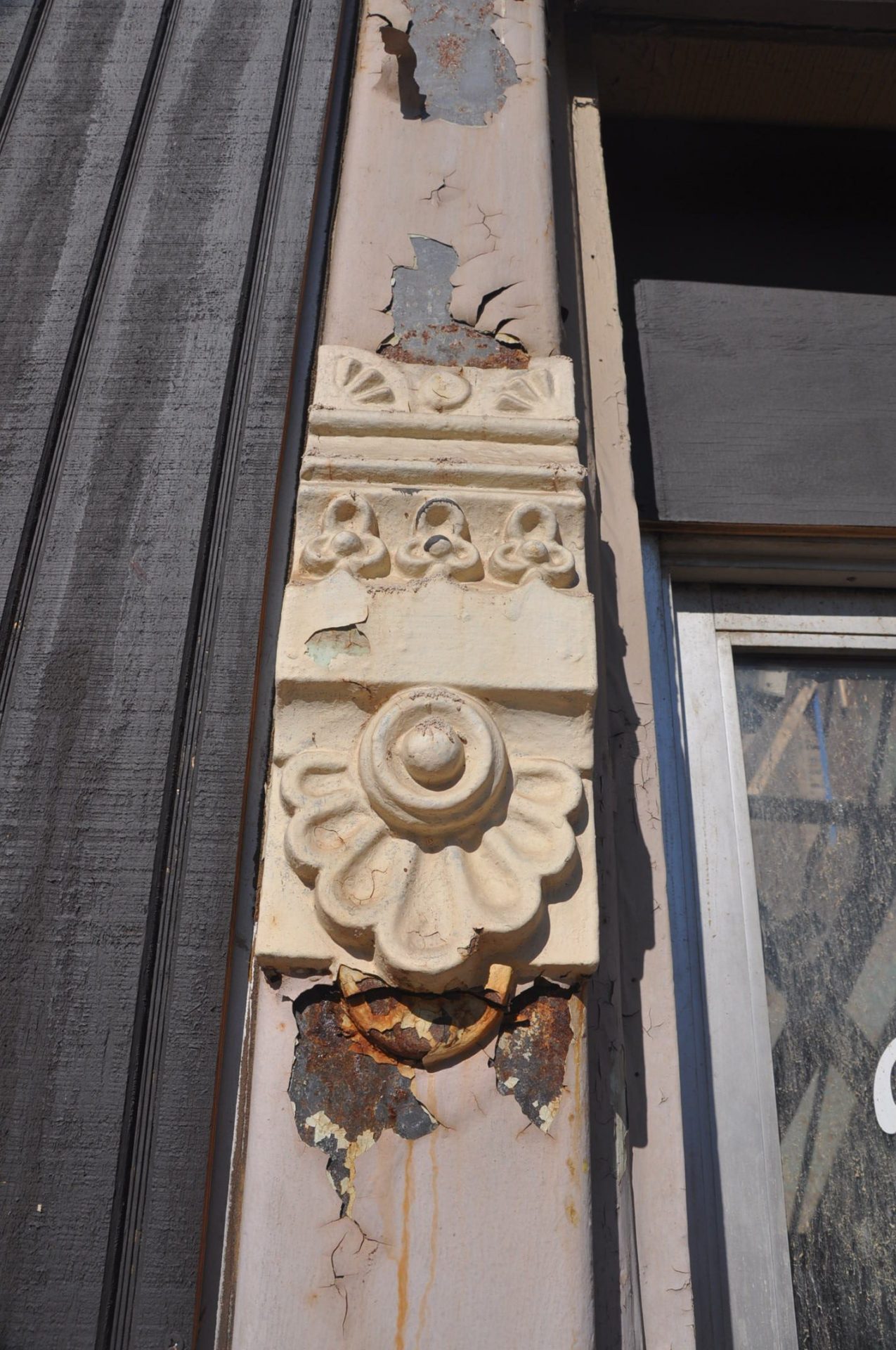 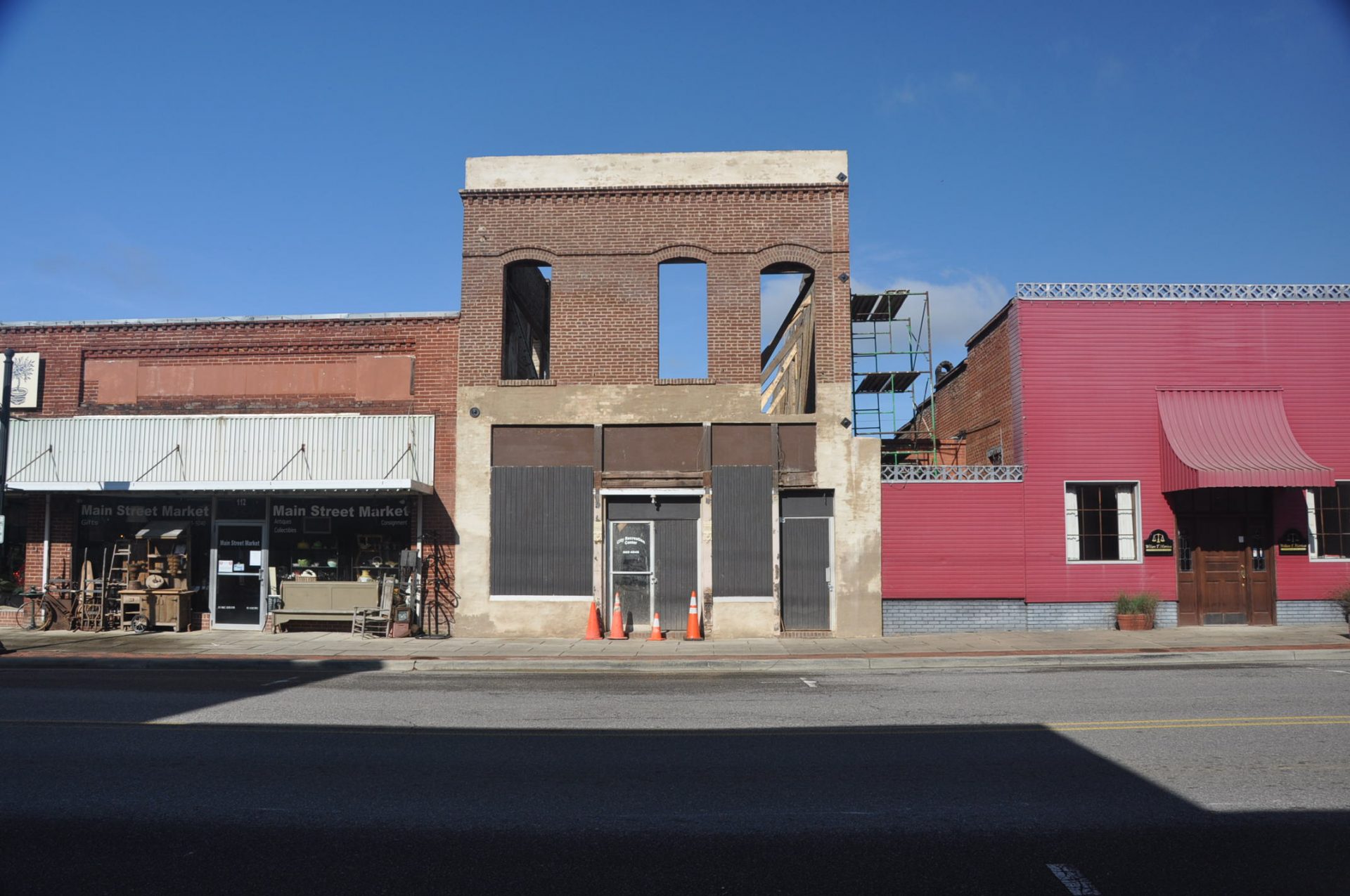 Image 1 -A building in downtown Columbiana dating back to the early 1800s is finding a new purpose after years of abandonment. The two-story masonry building is being transformed into space for a restaurant, bar and special events.

Image 2 – The shell of the original building remains and a new steel structure has been created inside it. A large glass garage door opening on the alley façade will open to allow access to food trucks.

Image 3- Two cast iron columns that flank the original front door of the early 1800s building will be restored.

Image 4- The shell of the original masonry building was left intact and a new steel structure is being created within it.