Transforming a derelict piece of land into a place that everyone can enjoy is what good urban planning is all about. That’s what’s happened to Rotary Park in downtown Montgomery that gets better with each new phase.

Work began on the park in 2017 by adding dog park areas and a mural by Montgomery artist Sunny Paulk. In early 2019, agility equipment for dogs was donated and installed, which is ideal for a smaller urban park. Now dogs can do more than run in circles such as jump through hoops.

This final phase started in late 2019 and was recently completed. City crews did much of the work during the Covid-19 shutdown while fewer people were downtown, says Senior Development Manager Lois Cortell of the city of Montgomery’s Department of Economic & Community Development.

“These improvements really increase the usability, the shade, and seek to diversify the appeal of the park for residents, workers and tourists,” Cortell says.

New picnic tables with umbrellas, including one that’s handicap-accessible, were installed during this latest phase. Streetscape and landscape improvements, along with permanent food truck parking were also added to turn Rotary Park into a go-to destination.

A hybrid landscape approach was taken to make Rotary Park as multipurpose as possible and take advantage of its prime location. The park is small but well situated.  Located at the corner of Coosa and Bibb streets, it’s adjacent to City Hall, Legacy Museum and several hotels including some that allow pets so guests can take advantage of the dog park features.

Space for food trucks is a popular component of Rotary Park. Fifty-amp power outlets were installed, making it unnecessary for food trucks to be equipped with generators that can be noisy and costly to operate. Restaurants have been hard-hit by the pandemic and this offers a way to expand their business.  The city kicked off “Food Truck Fridays” at Rotary Park which continues through fall.

Green space was increased by removing the cut-through traffic lane and planting 10 new trees including sycamore, Nuttall oak, black gum and bald cypress. Bald cypress was planted in tree wells that extend into the street to create new designated spaces for the food trucks, notes the city’s Urban Design Planner Jocelyn Zanzot. The tree wells are over-sized and back-filled with river rock and gravel to filter stormwater.

Rather than travel between parked cars and the roadway, a new bike lane was added adjacent the sidewalk. This safer approach will be implemented throughout the city. Also added are two accessible parking spots close to the food truck and picnic areas, along with an accessible spot near the new picnic tables with fixed umbrellas that provide shade and shelter.

The finishing detail to be installed this fall is sculpture by June Corley, an Alabama artist who works with typography in an assemblage process to create surreal metal sculptures. The sculpture’s base is designed as an additional perch on the corner from which to enjoy the park fountain or views of the historic warehouse district and nearby Legacy Museum.

“In the spirit of creative place-making and given new Covid-19 safety precautions, this centrally located downtown park is designed to serve residents, downtown workers and visitors alike with a mix of options,” adds Zanzo who cites eminent landscape architect Walter Hood who defines hybrid landscapes as “not one thing all of the time, but many things most of the time.” 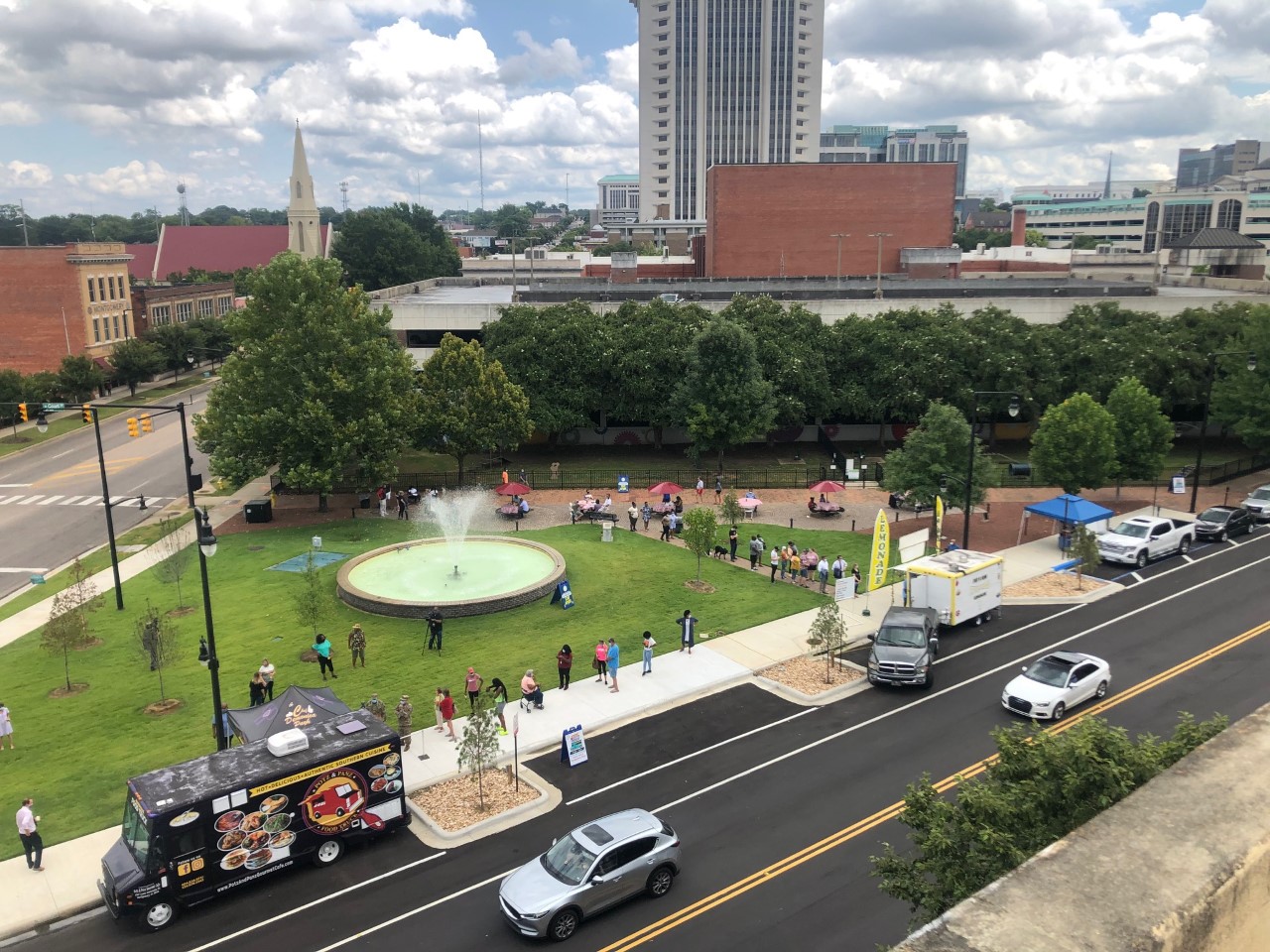 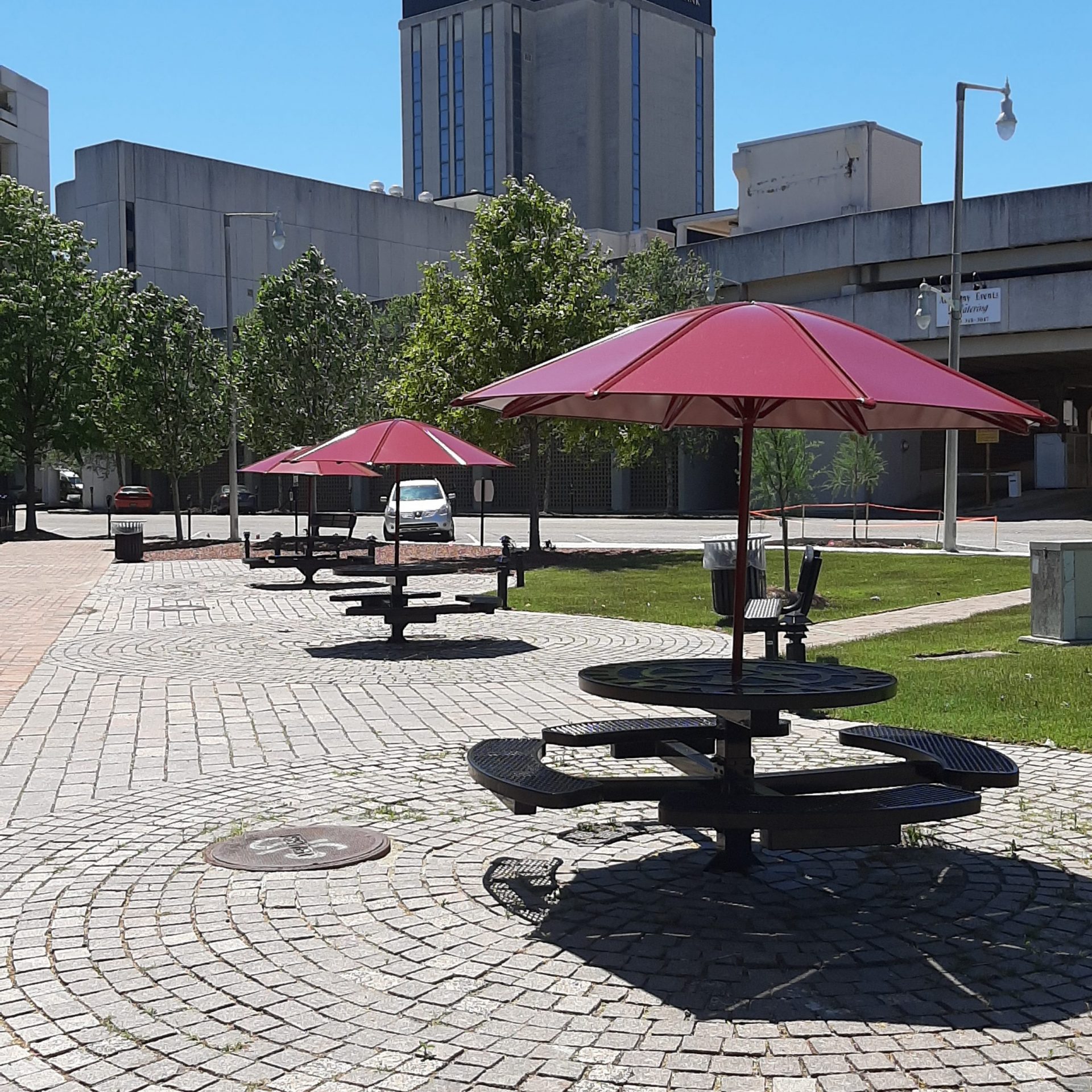 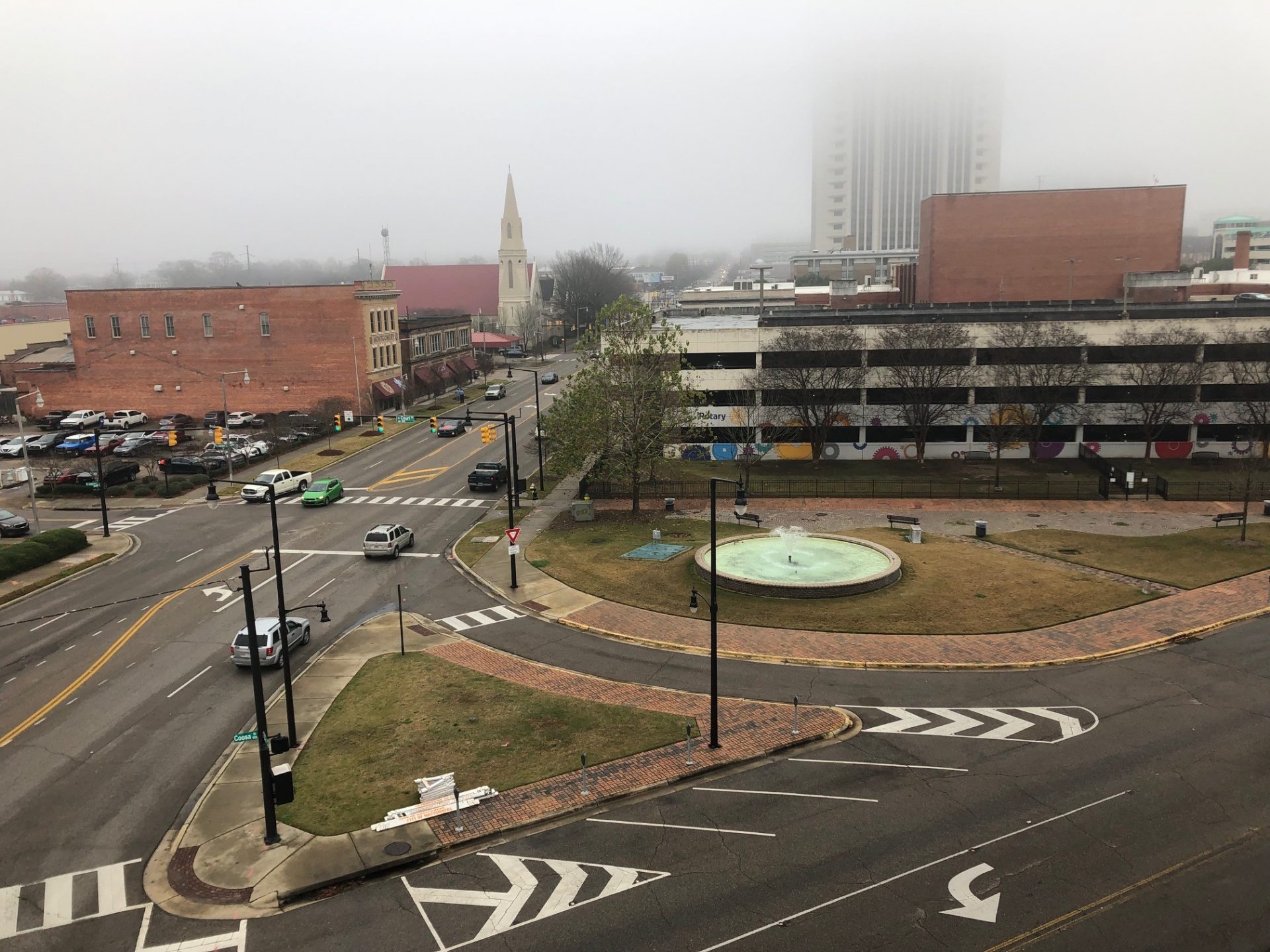 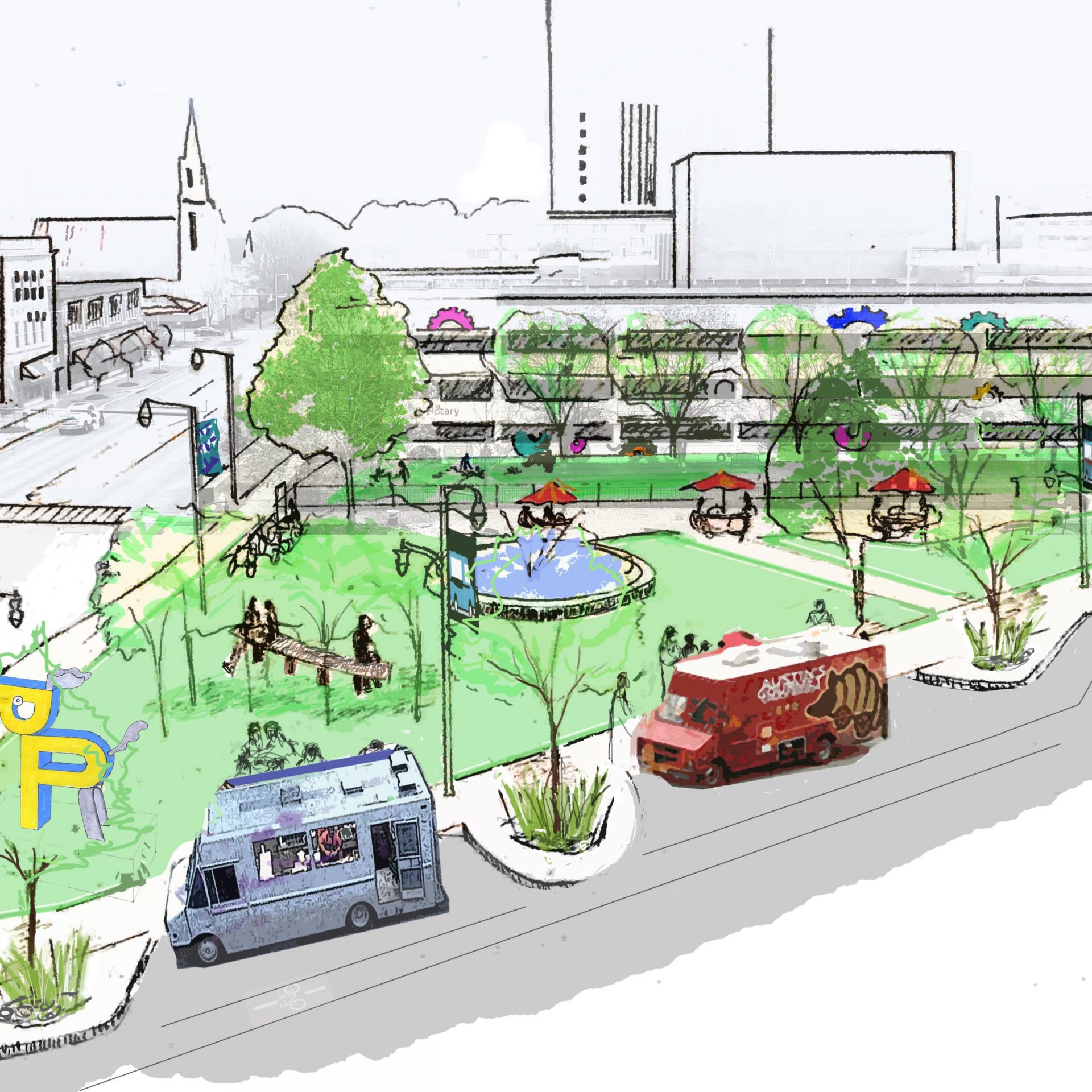 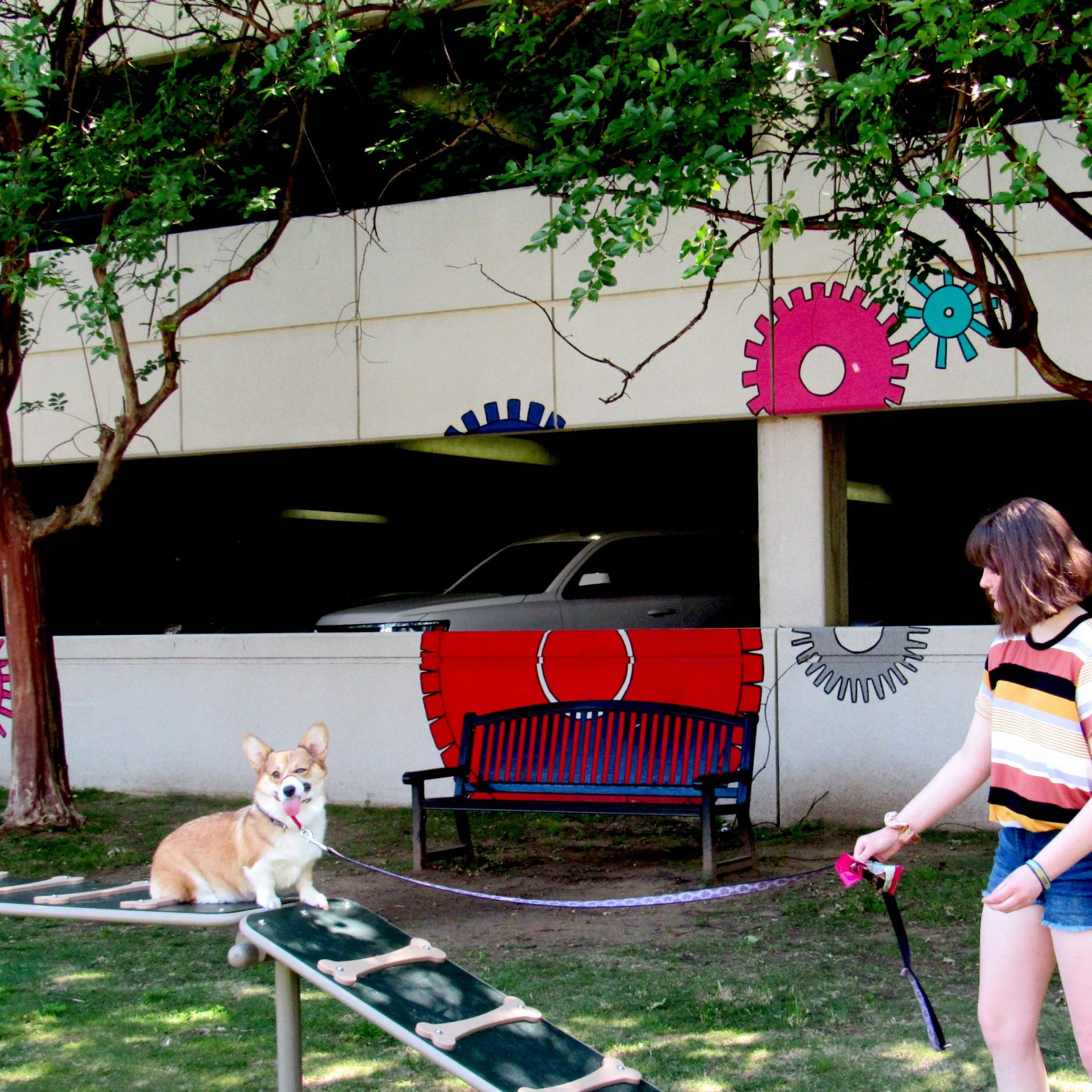 Image 1- The city celebrates its downtown residents and employees by kicking off the first “Food Truck Fridays” at Rotary Park. The event will continue every Friday through fall 2020.

Image 2- Ten new trees were planted at Rotary Park, three new picnic tables with shade umbrellas were installed and the historic cobbles were repaired. The city will be adding a new sculpture to the park in the fall.

Image 3-(Before, view from above):Rotary Park has been dramatically transformed, thanks to a round of renovations kicked off in late 2019 with the elimination of the traffic “slip” lane that cut through the green space. The 2020 renovations include three new designated spots for food trucks with 50 amps of provided power at each spot.

Image 4- Renovation of Rotary Park began in 2017 with the creation of a dog park along the eastern edge of the park and a mural by artist Sunny Paulk in honor of the Rotary Club, which partnered with the city to fund the park improvements.

Image 5- In 2019, dog agility equipment was donated and added by Pet and Playground, making the park an ideal spot for dogs and their owners. The idea is to enhance Rotary Park as a vibrant downtown public open space for residents, downtown workers and visitors.