Like most communities, Huntsville has many streets that were designed solely for automobiles. So, with the help of a Smart Growth America grant the Huntsville Planning Commission recently adopted the Complete Streets policy to makes its streets usable for all modes of transportation.

Complete Streets is designed to balance safety and convenience for everyone using the road – providing access for all users including pedestrians, bicyclists, motorists and public transit riders. Making it easier to cross the street, walk to stores and bicycle to work. And allow buses to run on time and make it safe for people to walk to and from train stations.

“Spragins is a B street, so it was ideal for the initial project to test Complete Streets,” explained Dennis Madsen, manager of urban and long-range planning for Huntsville. “It also links these two popular destinations, Big Spring Park and the Huntsville Depot.”

Madsen said a number of other roadways in Huntsville have been identified, not only in the city’s commercial core but the outlaying areas as well. The next project is Holmes Avenue, a larger thoroughfare that links downtown to Clearview Cancer Institute and other major destinations that Madsen said is fairly underutilized right now.

“Complete Streets is a process and a way to rethink how we design streets and look at their future use, making sure there are greenways and multi-use paths,” said Madsen. He points out that streets are expensive to build and maintain, so municipalities must maximize the use of their roads and use the money budgeted for roads wisely. 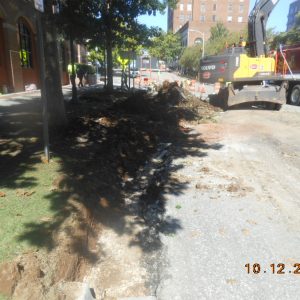 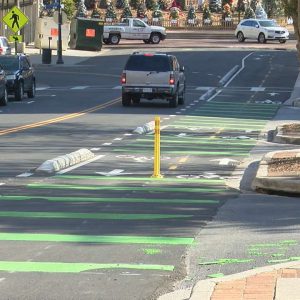