Across America during the first half of the 20th century, S.H. Kress & Co. opened department stores that were grand and ornate. Downtown Montgomery’s Kress building is no exception. Built in the late 1920s, it’s the focal point of a dynamic new complex that combines office, retail and residential space.

Design of the $20 million project began in 2014 by Seay Seay & Litchfield in Montgomery. The residential addition on the fourth and fifth floors was completed in September and units are now renting. November is the expected completion date of the commercial portion of the job from the basement through the third floor, says Seay Seay & Litchfield architect Davis Campbell.

The existing portion of the Kress building is about 45,000 square feet, including the residential addition, and the mezzanine level addition and two adjacent buildings make the project a total of 115,000 square feet.

“The two adjacent buildings were necessary to incorporate into the Kress project to meet current life-safety code for egress purposes,” Campbell explains. “This enabled us to locate the stairwells and elevators in the adjacent buildings so as not to disturb the existing decorative main space and existing structure of Kress with those elements. This also allowed the circulation paths inside Kress to become sort of an interior street with commercial space on both sides.”

A primary goal was to retain as many defining elements as possible. These include two neo-classical columns and interior Art Deco decorative plaster pilasters, which Campbell says contain beautiful detail that continues up to the plaster ceiling and beam treatment, which was also restored. The original terrazzo floor on the first level was also preserved.

Brass elevator doors with exceptional Art Deco detail were restored, along with salvaged wooden floors on the original stock room floor, which is now the third floor. The second floor mezzanine level features heart pinewood flooring milled from salvaged wood from the nearby historic Webber building.

Curved glass windows on both the Dexter and Monroe entrances are new, but replicate the original curved windows. A large new canopy installed at the Dexter Avenue entry replicates the original awning that was removed from the building over 50 years ago.

“Any time you work with an existing building there are unforeseen challenges that arise, but this project was particularly difficult due to its size, scope and various occupancy types the owner desired – retail, restaurants, office and residential,” notes Campbell.
Asbestos had to be removed and other harmful aspects such as moisture that come with a building that sat dormant for 30 years. Other problems that needed solving: bringing aspects of the building up to current building code, ensuring required egress for life-safety, adding a ramp for proper ADA access from Monroe Street, which is 5 feet lower than the main entrance off Dexter Avenue.

Adds Campbell: “One thing that remained a challenge throughout construction was that there probably wasn’t a single straight wall in the original building. When the Kress building was erected in 1929, they built up to the other buildings that surrounded it, so the exterior walls on the east and west sides sort of bow in and out as you go from the south end of the building to the north end. This meant the alignment of structural columns also bowed in and out and created many improvisational moments of design.” 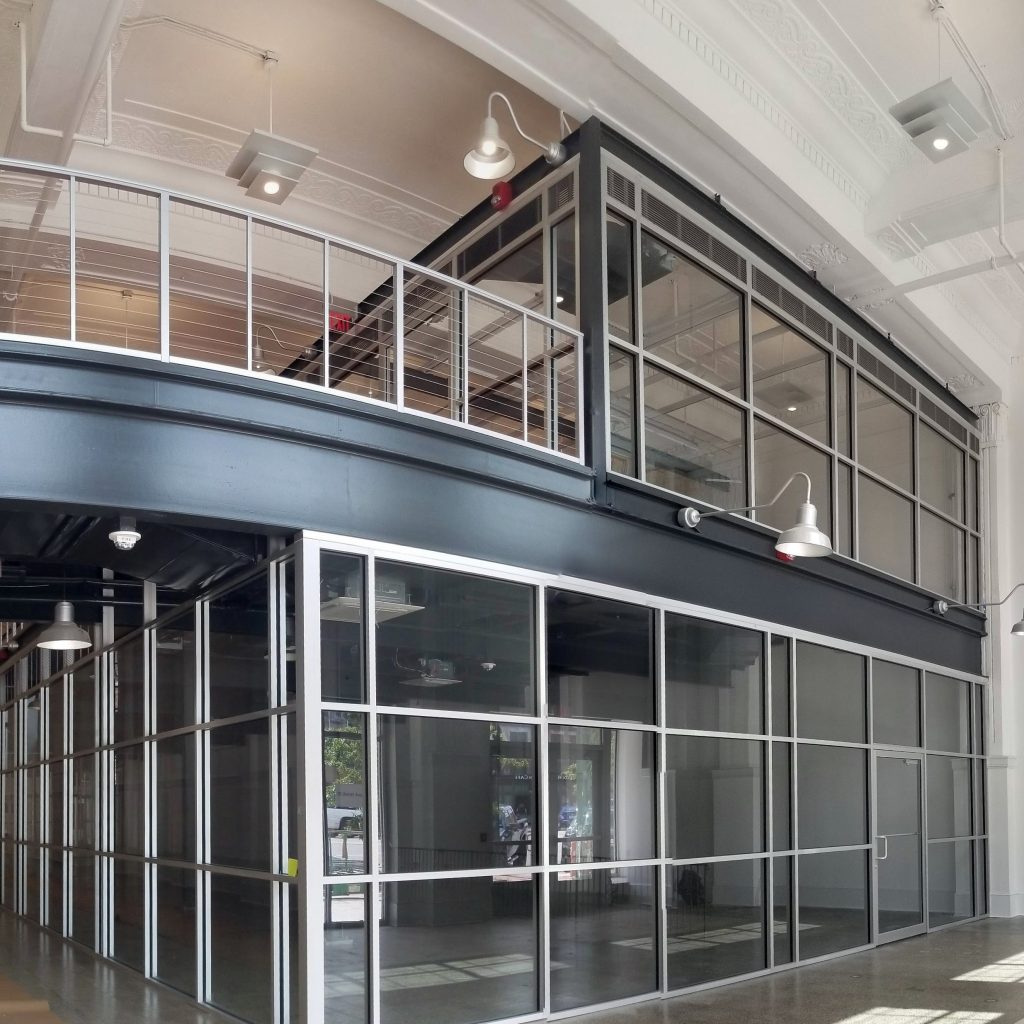 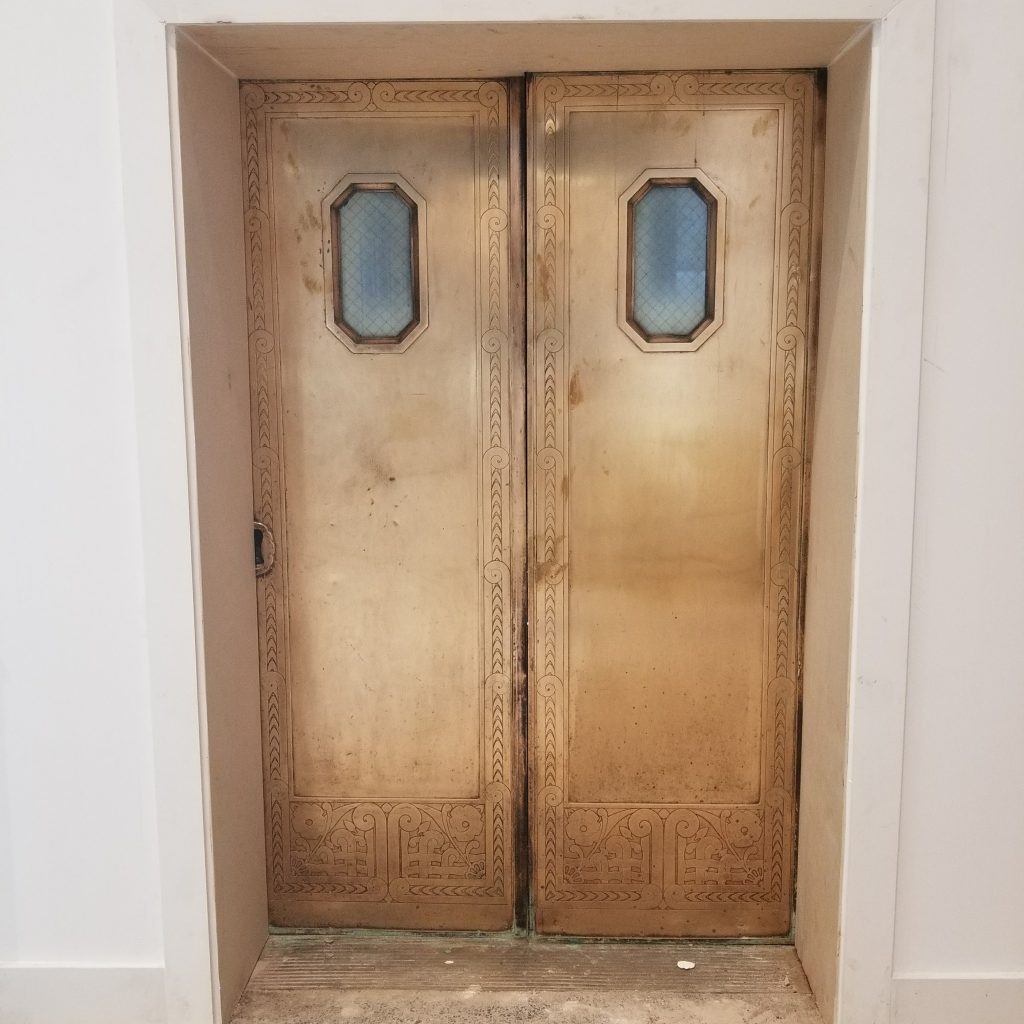 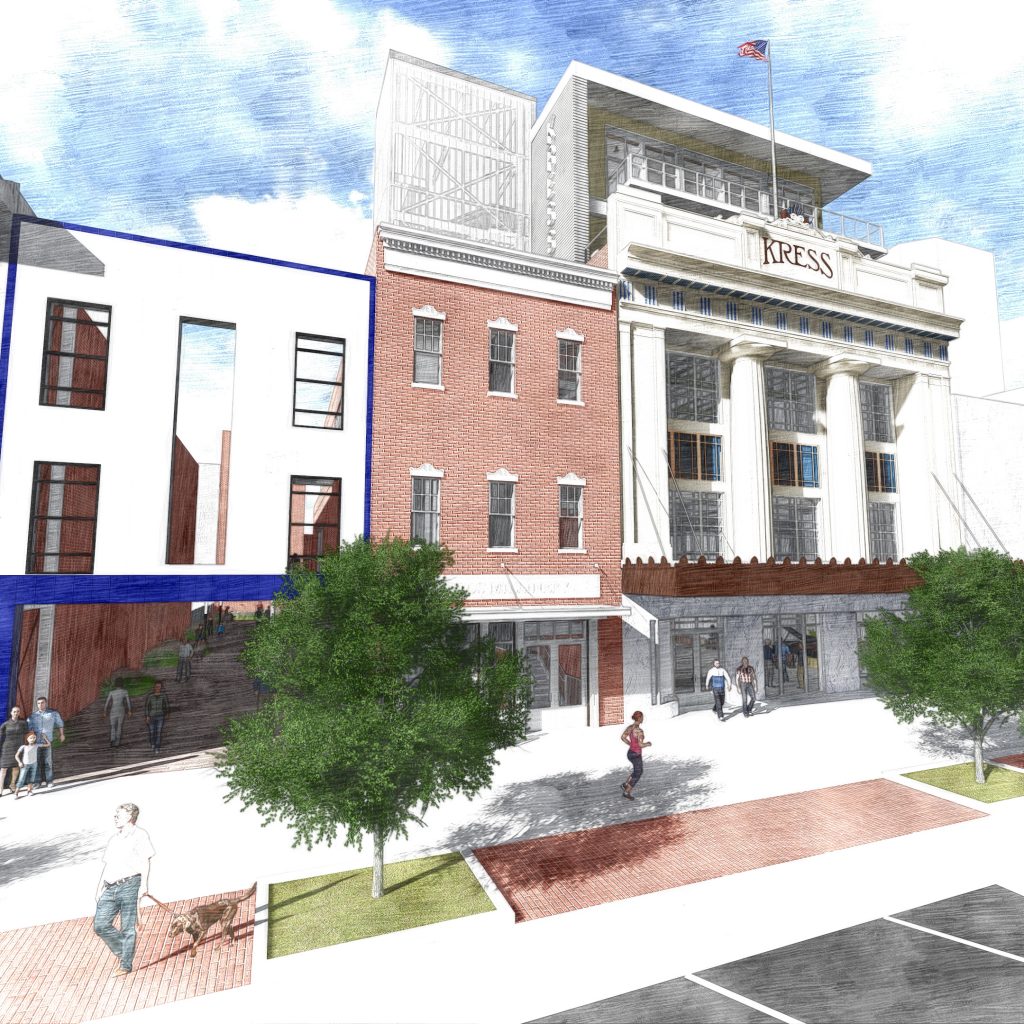 Image 1: Sleek additions such as curving windows are in harmony with the original design of the early 20th century building. The existing Kress building had not a single straight wall, which made the renovation particularly challenging.

Image 2: Kress buildings were known for ornate detailing and embellishments both inside and out. The building’s bronze doors with Art Deco detailing were left intact.

Image 3: This rendering shows what the outside of the Kress Building will do when it is complete.