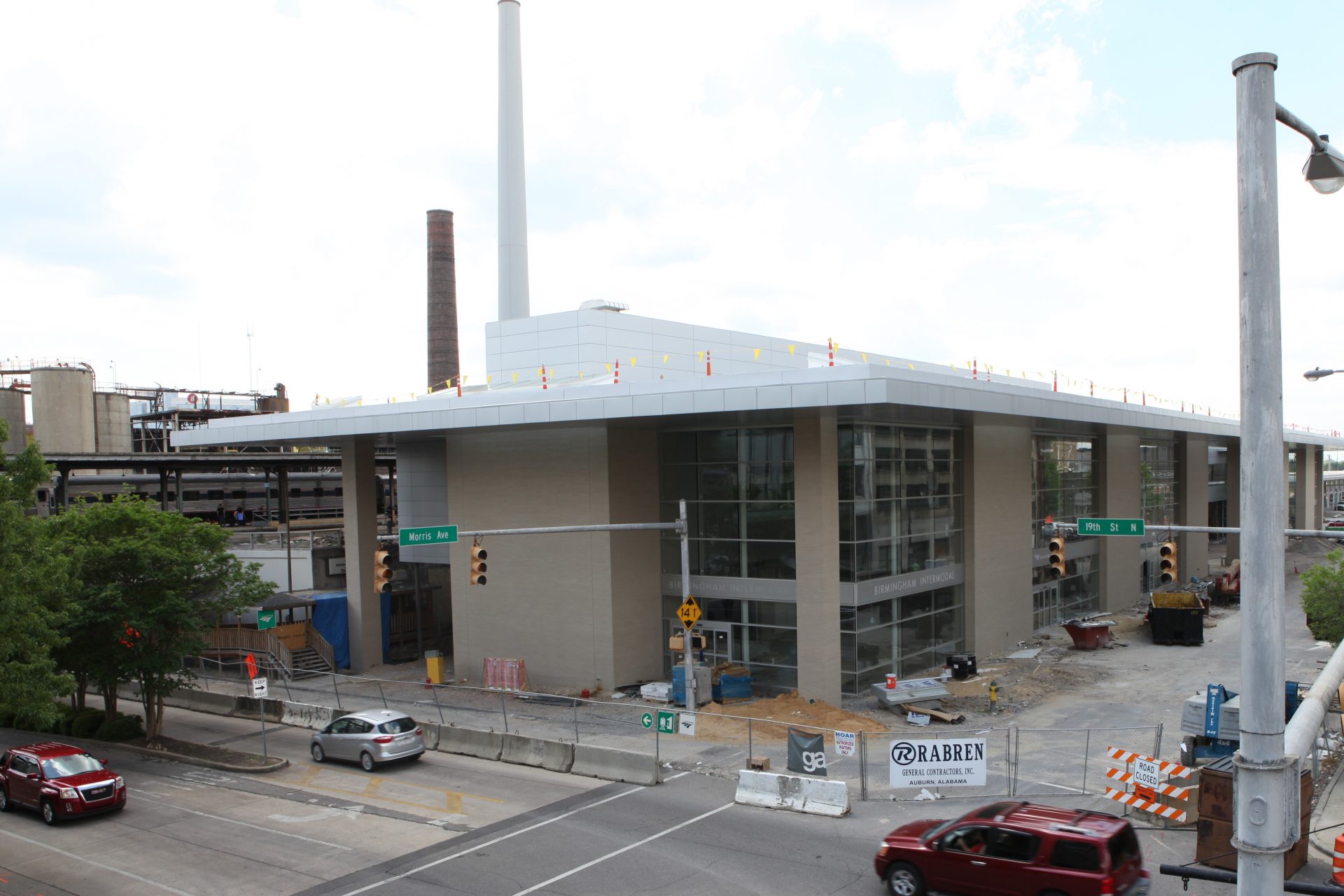 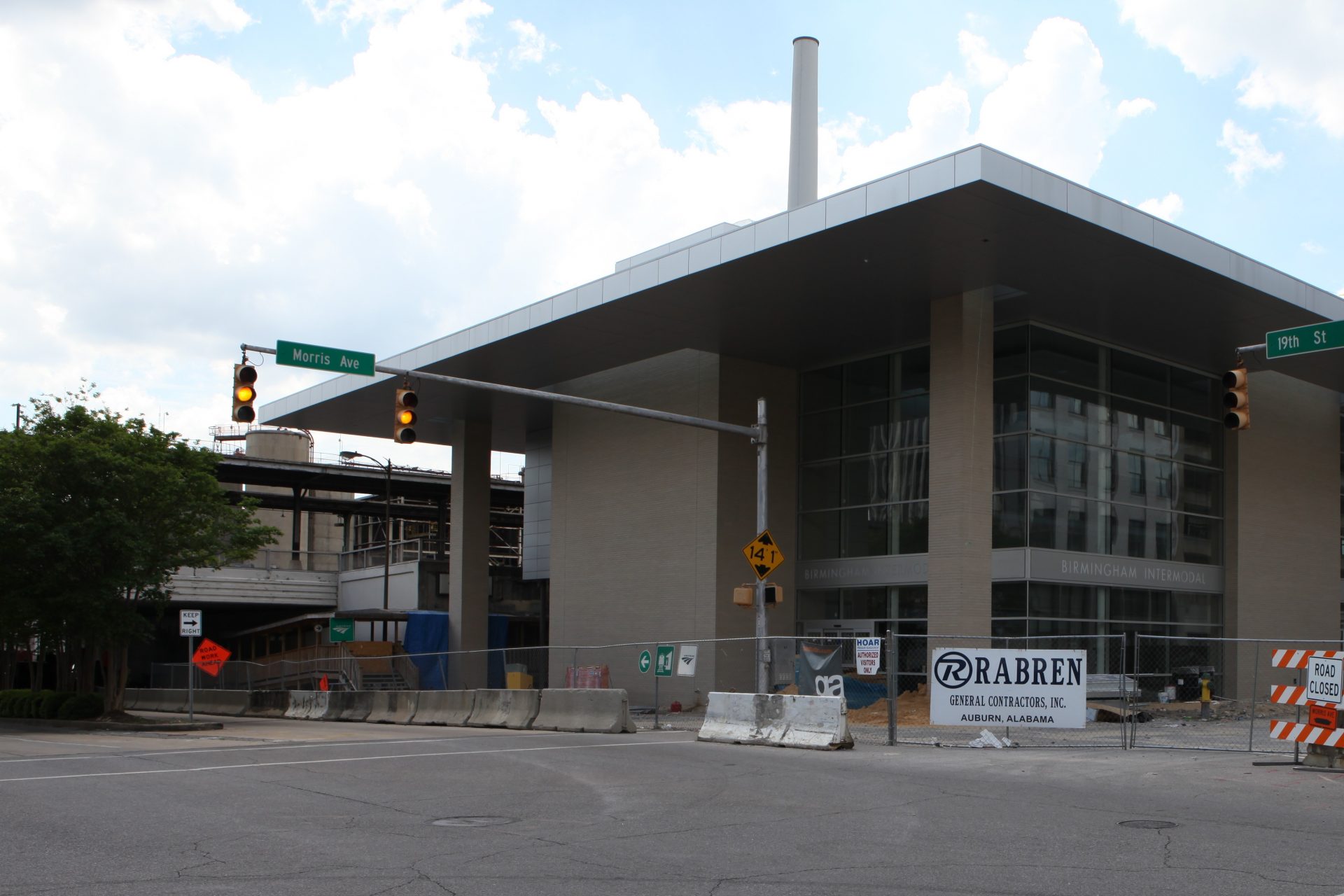 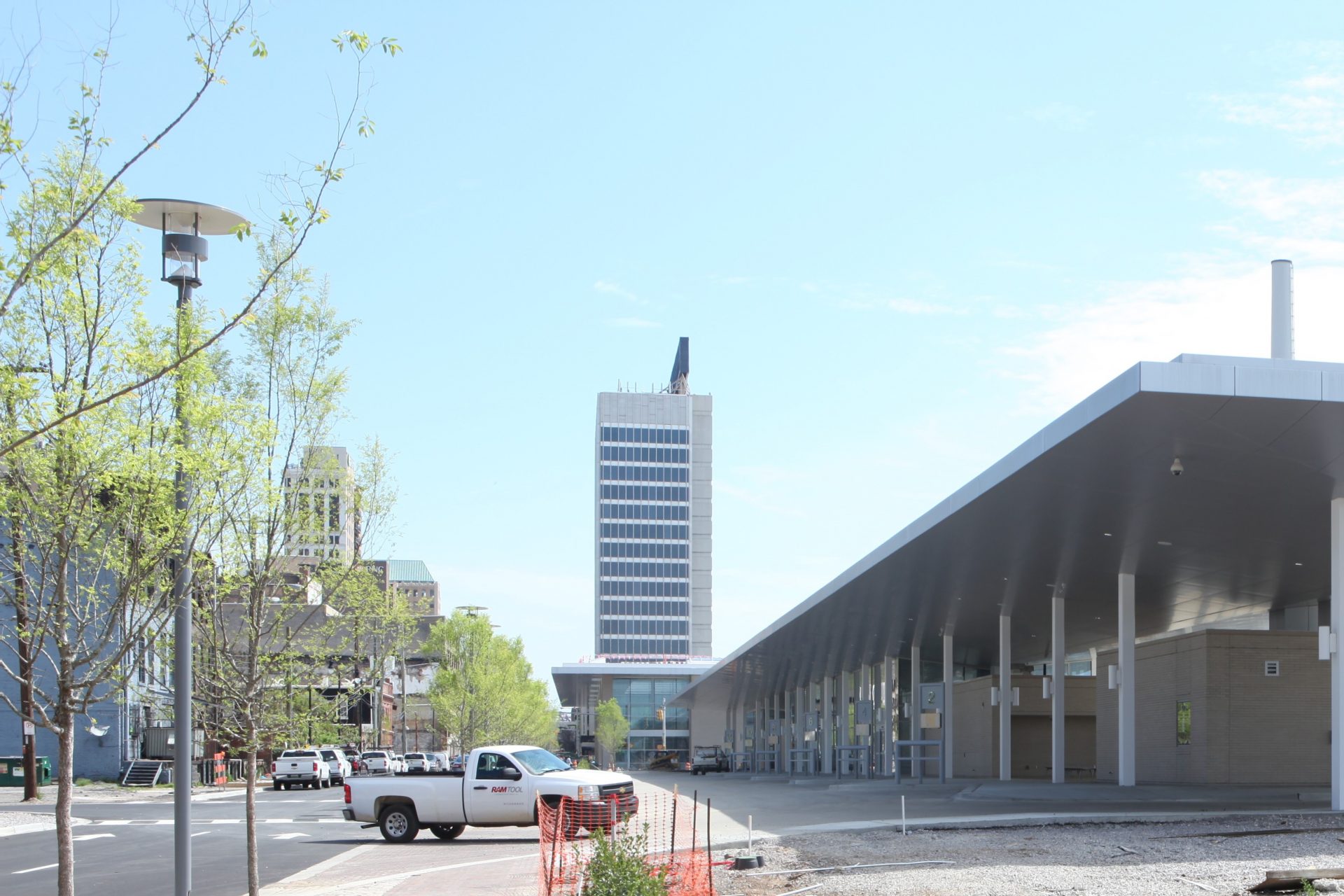 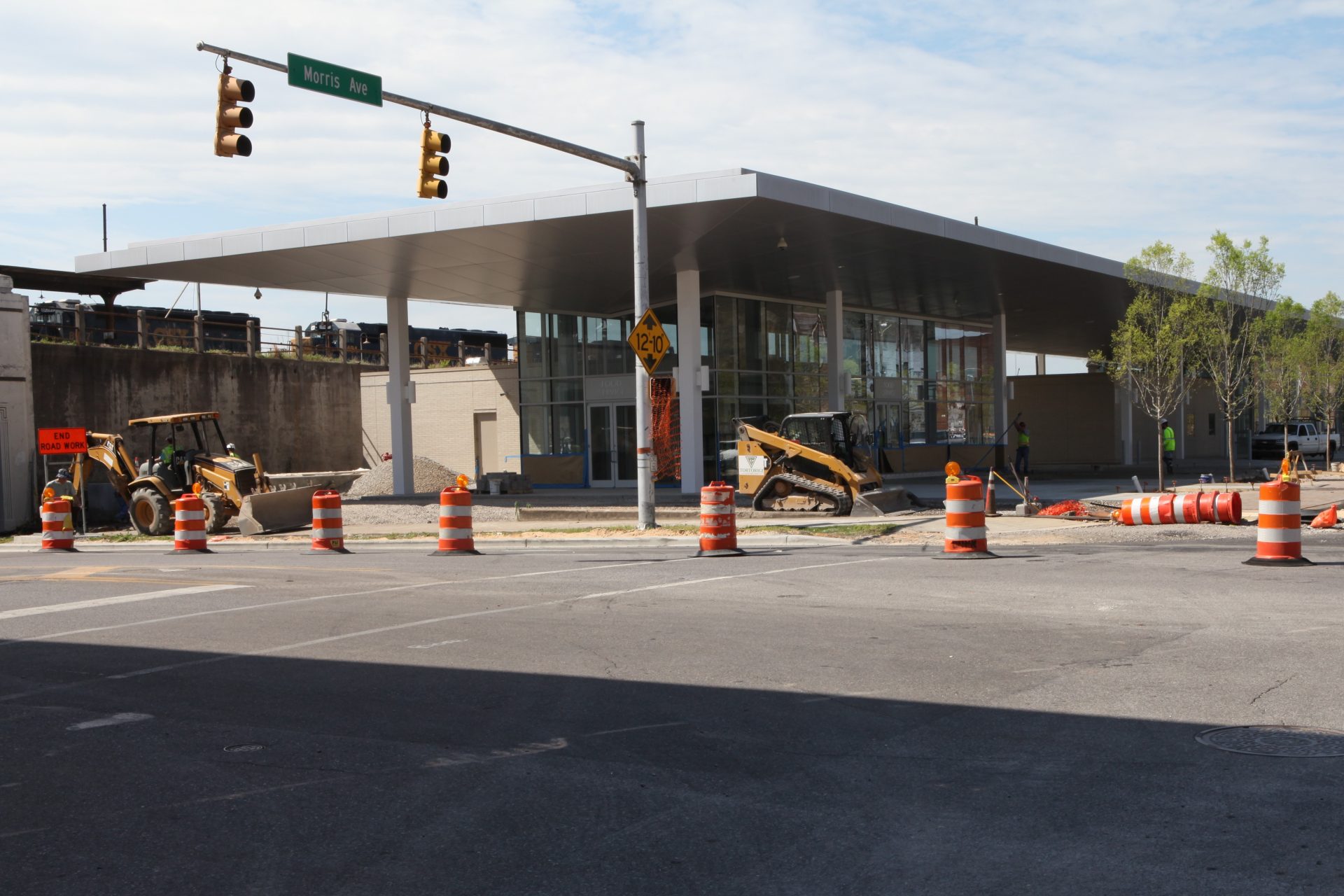 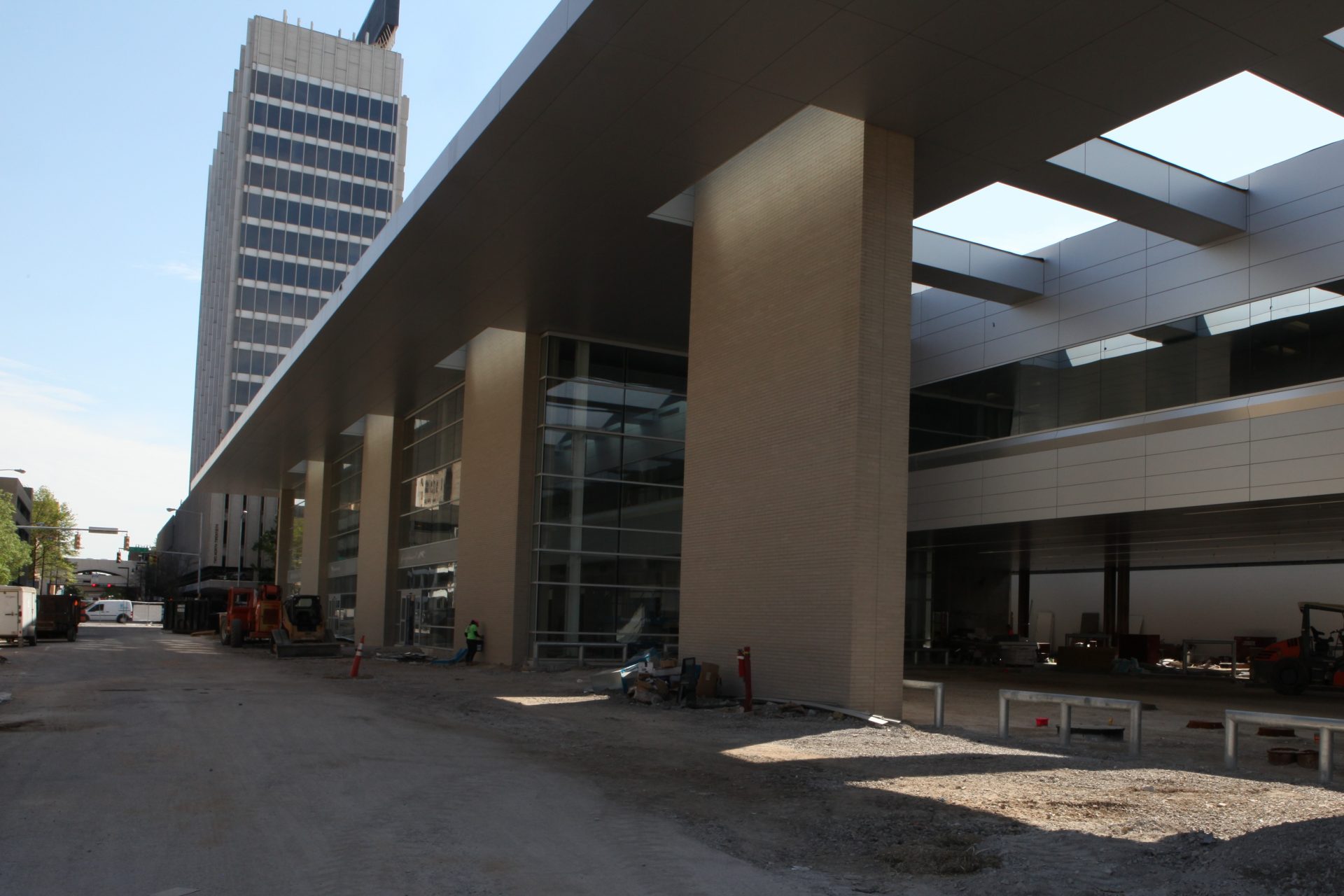 Birmingham’s public transportation has been upgraded with the opening of the new Birmingham-Jefferson County Transit Authority intermodal station.

Amtrak, Max, Greyhound and Megabus terminals are together in the facility that takes up three blocks along Morris Avenue in downtown Birmingham.  BJCTA administrative offices will operate out of the new complex, and there is space for a food service component and a police substation.

Riders at the old station complained about not being able to see buses from the waiting room. So, the new station has a long glass waiting room with the buses circulating around it and seats oriented outward. Riders can sit and watch the bus slip for their ride while sheltered by a huge overhanging roof, notes project architect Jamie Aycock of Giattina Aycock Architecture Studio in Bessemer.

“The intermodal complex is contemporary modern,” Aycock explains. “That’s not a style; it is a statement of being designed and built in the era in which we live and it strongly speaks to the function of housing the services and people who use it, while filling the need for a strong civic structure in the area.”

There is no ornamentation. Instead, everything in the complex speaks to the utilitarian aspect of the building. Materials are simple and in a neutral palate.

When viewed for the first time, what is most striking is a huge sheltering roof over the two-story intermodal station that soars out and overhangs the street in all directions, providing shelter from the elements as people load and unload, observes Aycock. It softens any glare on the glass, making a strong visual connection between interior and exterior, and allowing those outside to see the activity inside.