Office Environments, a Herman Miller office furniture dealership, has transformed its showroom and workspace in Birmingham’s historic Jemison Flats into a “living office” – a more human-centered approach to the workplace and how people work together.

The “living office” is based on Herman Miller’s approach to creating a more dynamic and less static work environment for both employees and customers who visit the showroom.

Office Environments is the only certified dealer Alabama and northern Florida for Herman Miller, a pioneer of the modern office having established itself as a leader in workplace design over 40 years ago.

“The goal of this project was to create a great experience for customers and a great work environment for our people,” explains Office Environments President Brian McMahon.

McMahon says the result provides “a unique and vibrant space” for employees and at the same time is designed to educate customers about the principles of a “living office.”

Interior designer Rick Edwards of Rick Edwards Design LLC in Holland, Michigan, who has designed a number of Herman Miller showrooms and offices, created an environment for spontaneous interactions.

Get people up and moving rather than anchored to a cubicle, which brings co-workers together to build relationships, brainstorm ideas and be physically active.

“We created a social center in the middle of the plan, along with other places to stop and meet up with people in real time, face-to-face encounters,” Edwards notes.

Employees can no longer eat at their desks, but instead gather in the plaza, or social center, that can seat up to 30. Another way to create an opportunity for interaction was to remove many of the printers and replace them with print centers, which created yet another gathering spot.

Office Environments is housed at the street level of a turn-of-the-20th century masonry building. While some cosmetic work was done to the façade, the extensive work took place inside.

Interior areas that blend the old with the new are particularly striking. The modern, sleek Henry Miller furnishings are a sharp yet pleasing contrast to the exposed brick, tin ceiling, pine flooring and other historic elements left intact.

“I always look for these points of juxtaposition,” Edwards says. “Contrasting the old with the new. Keeping the history of the building and adding to it.” 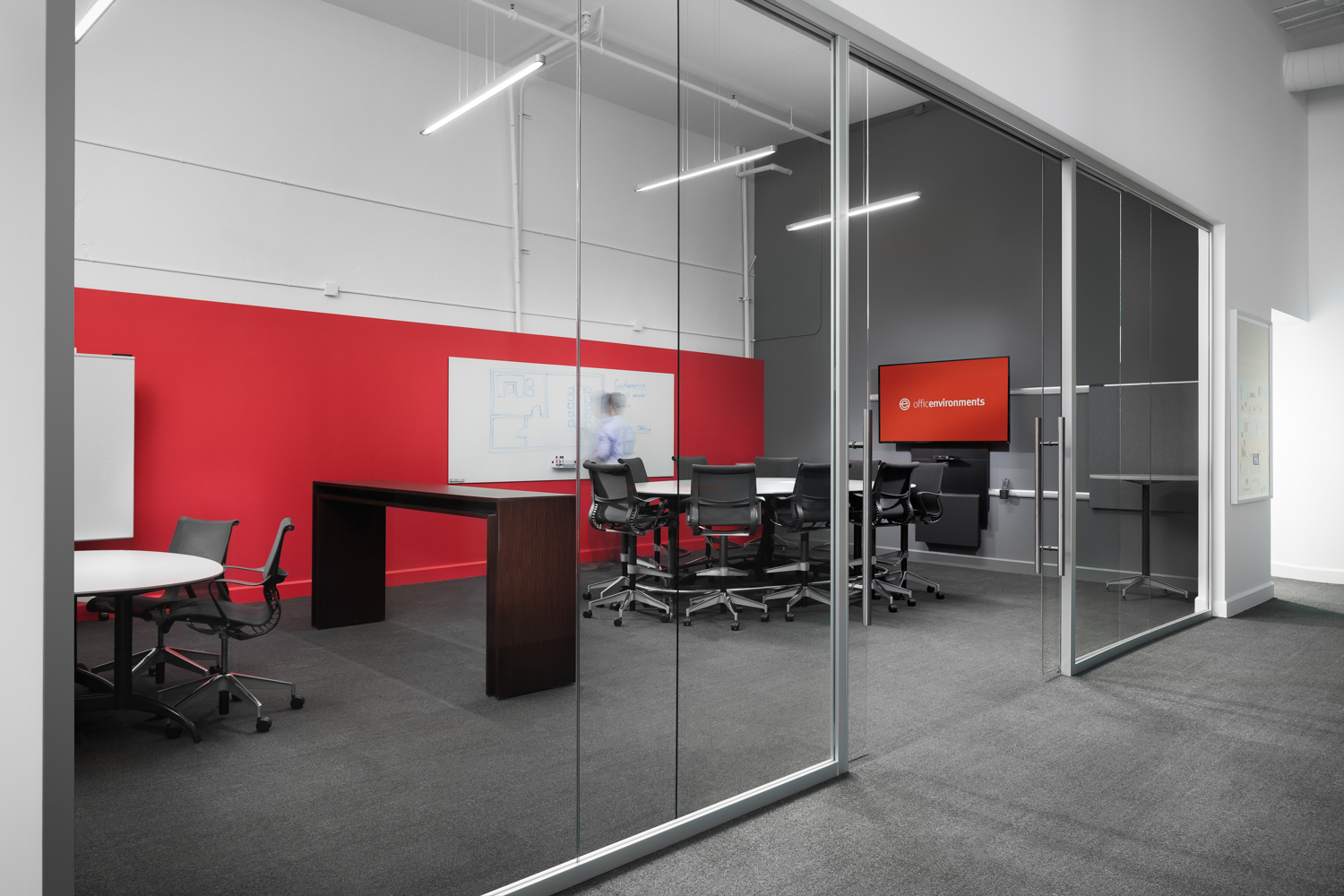 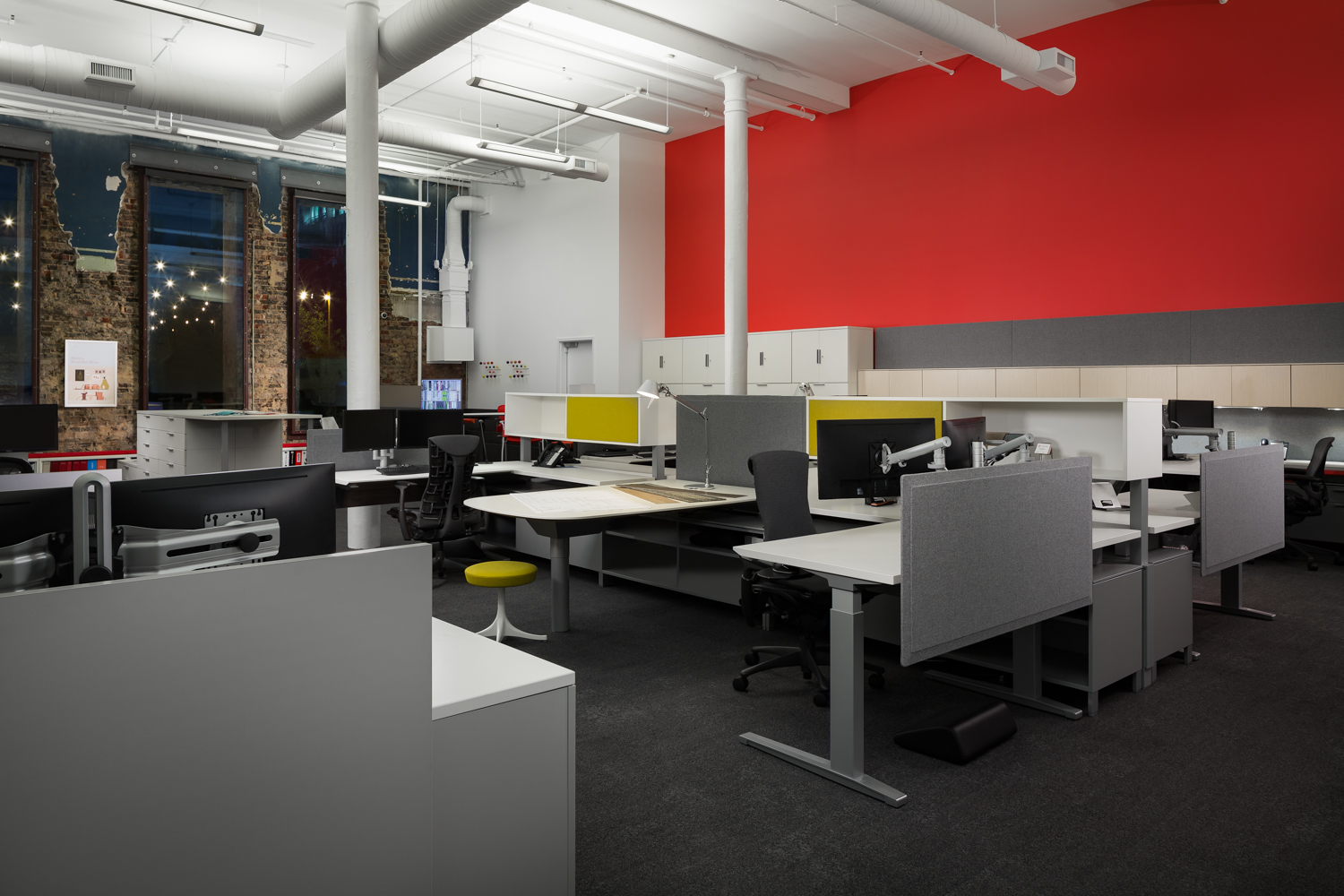 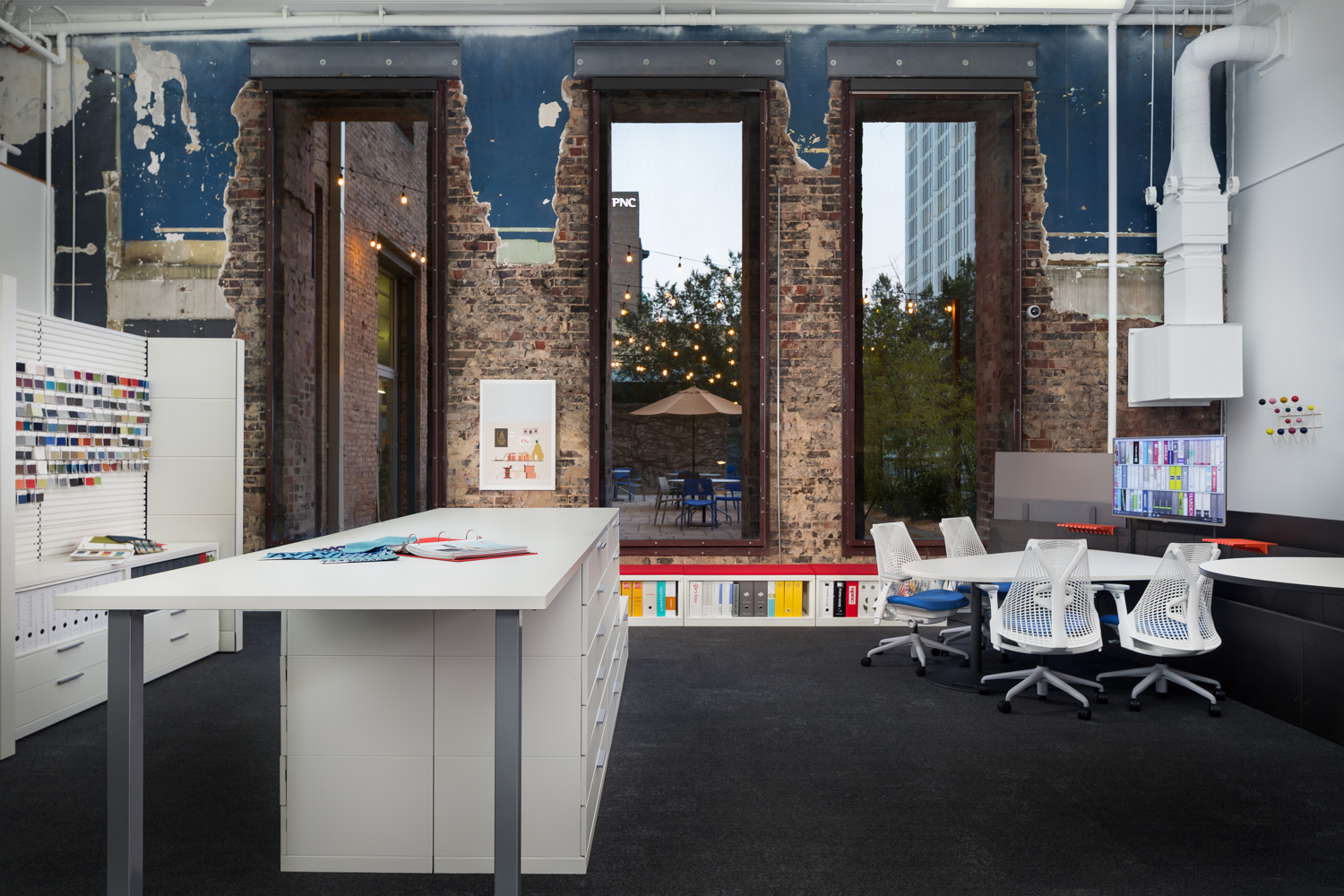 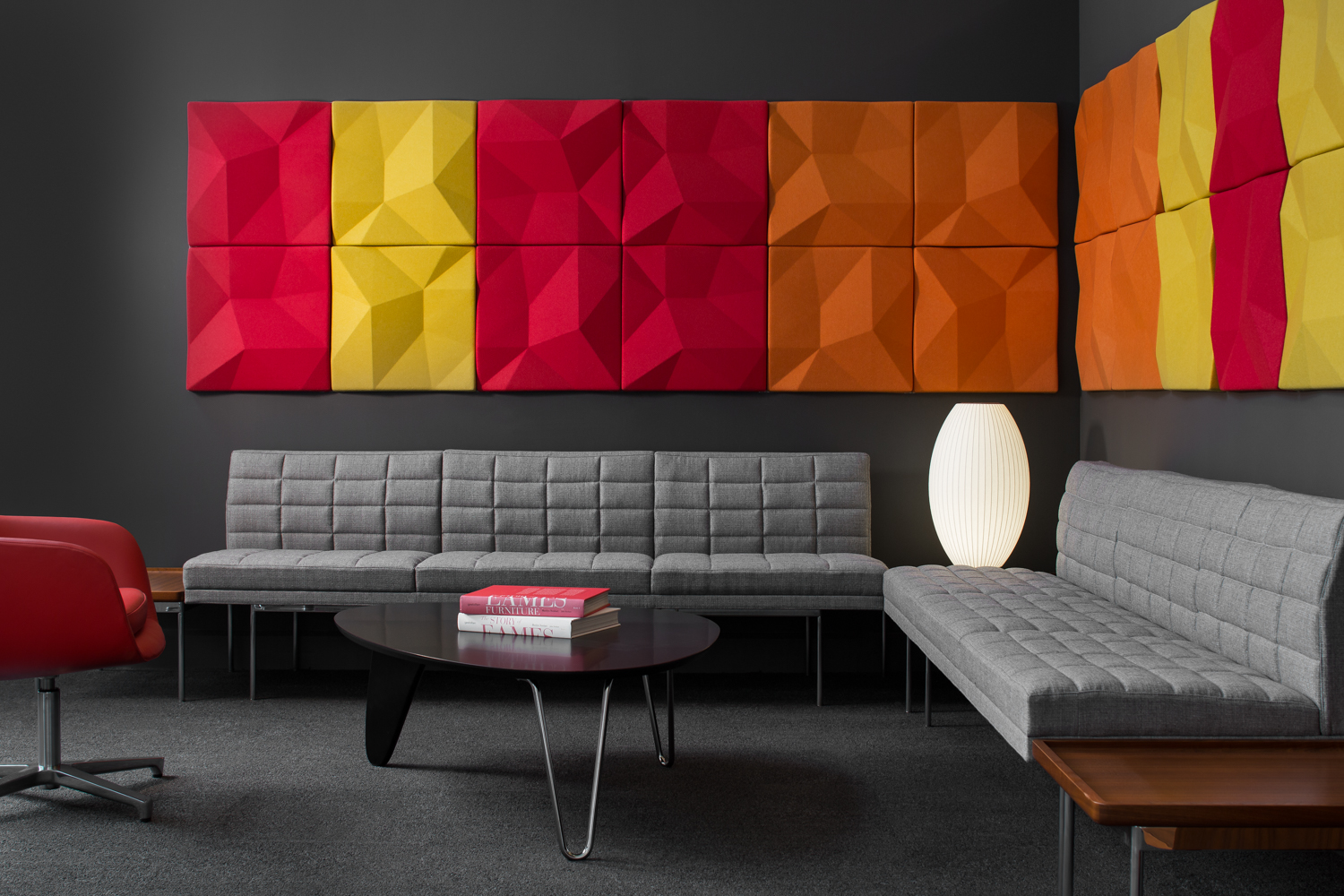 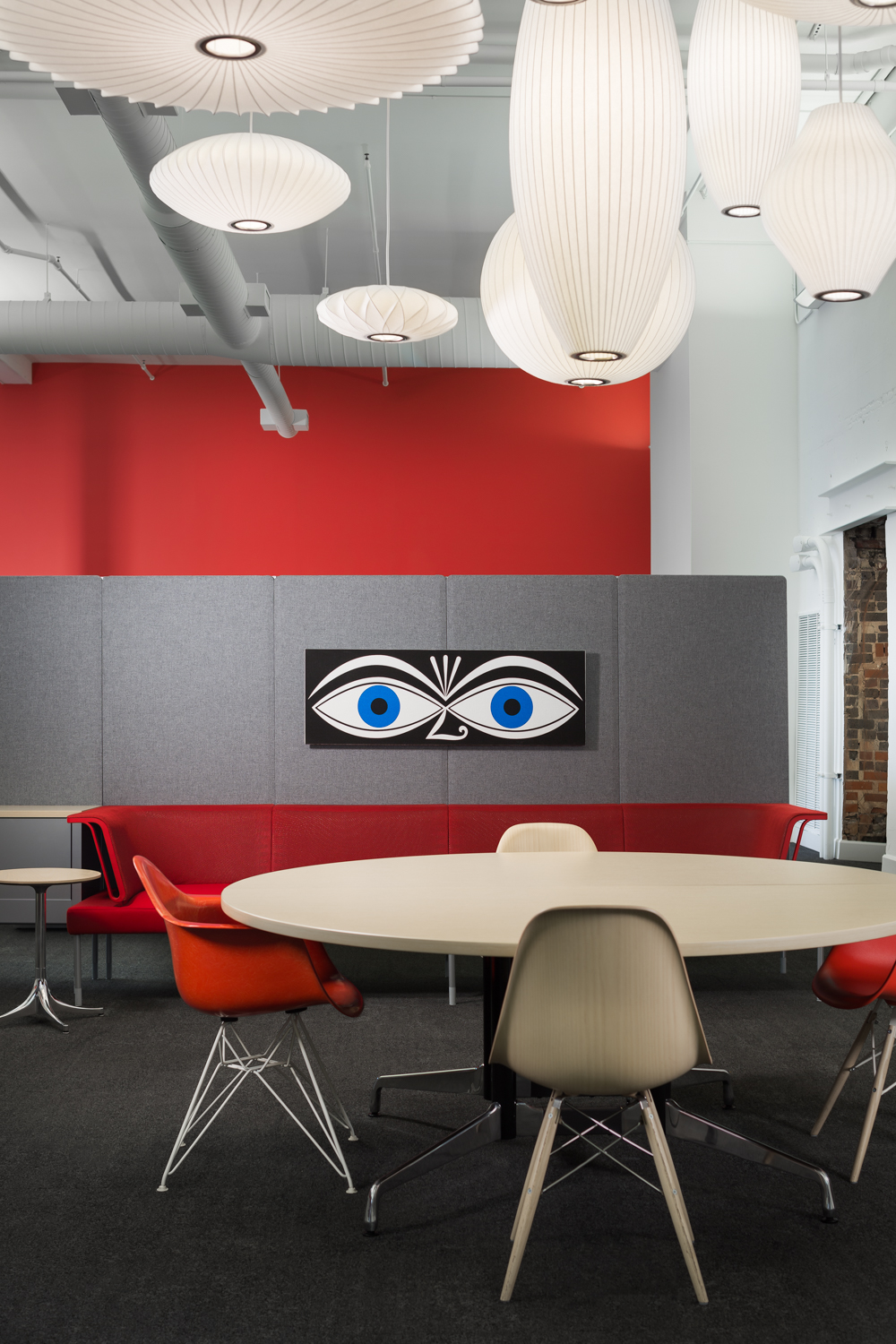 Image 2: Several work spaces overlook sections of the circa 1900 masonry building’s brick walls, harmoniously bringing together the old and the new. Other original elements of the historic building were also left intact, including the pine floor and tin ceiling.

Image 3: One of many places in the newly renovated office and showroom of Office Environments in Birmingham where employees and customers can interact in style and comfort.

Image 5:  Soft lighting provided by modern lamps cast an inviting glow in a seating area. Aesthetics and functionality go hand-in-hand here and in all of Office Environment’s showroom and workplace areas.