While it’s not every day that architecture students get global recognition for their work, that’s what happened with four students of Auburn University’s Rural Studio.

Students were fifth-year architecture students, but the project continued beyond graduation in May 2015, and they continued working on the project as volunteers until its completion in the fall of 2016. Team members are Callie Eitzen, Julia Long, Daniel Toner and Alex Therrien , now an instructor at the Rural Studio.

The project consists of three open-air shade pavilions placed at key intersections along the Lions Park trail. Each pavilion is distinct in size ranging from small to large and is accompanied by benches, tables, water fountains and bike racks.

“Using a two-layered canopy system, precise shadow and dappled light are cast on the surfaces beneath,” Therrien explains. “You can sit in the shade and have views of the sky. Haint blue is painted on the underside of the canopy, a nod to the traditional southern porch.”

Since 2006, Rural Studio and community partners in Greensboro have partnered to turn Lions Park into a multi-recreational haven, he adds. Ten teams have completed built projects at the park.

“The Lions Park Shade team was tasked with helping casual park users seek rest and refuge from the hot, humid climate in west Alabama, especially during the ‘dog days’ of August, when it can be a 100-degree heat index by noon and pouring rain at three in the afternoon,” Therrien observes.

“Sambo (Rural Studio co-founder Samuel “Sambo” Mockbee) always said: ‘It’s got to be warm, noble and dry.’ In this case, we replace warm with cool.”

Therrien says he and his team were “humbled and excited” the day they found out the work of the Rural Studio continues to be recognized worldwide.

“We spent the day reflecting on the journey it took to build the pavilions and how much we learned from the design-build process. As aspiring architects, it reminds us to always try to help make a place a little bit better than how we found it.” 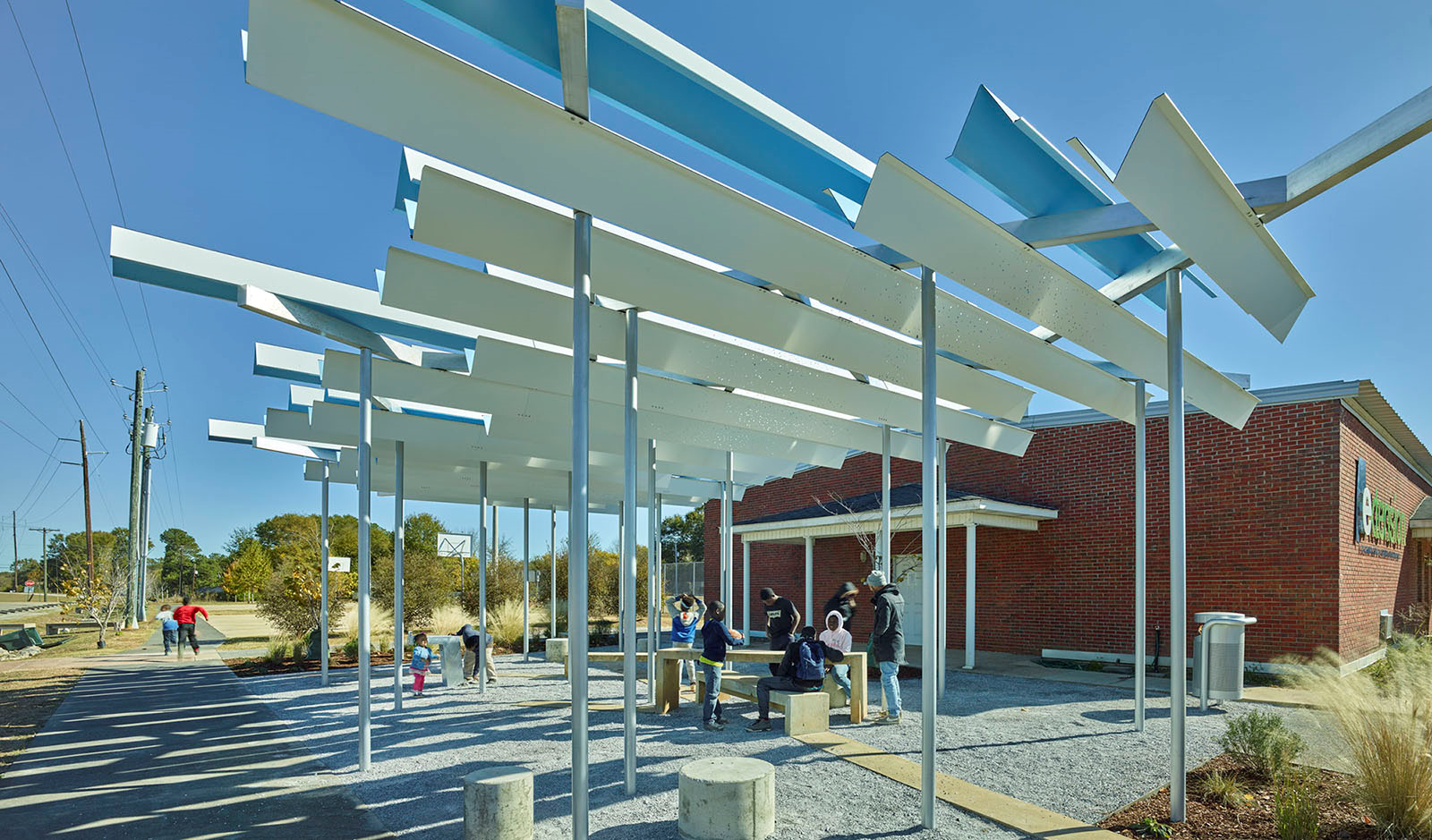 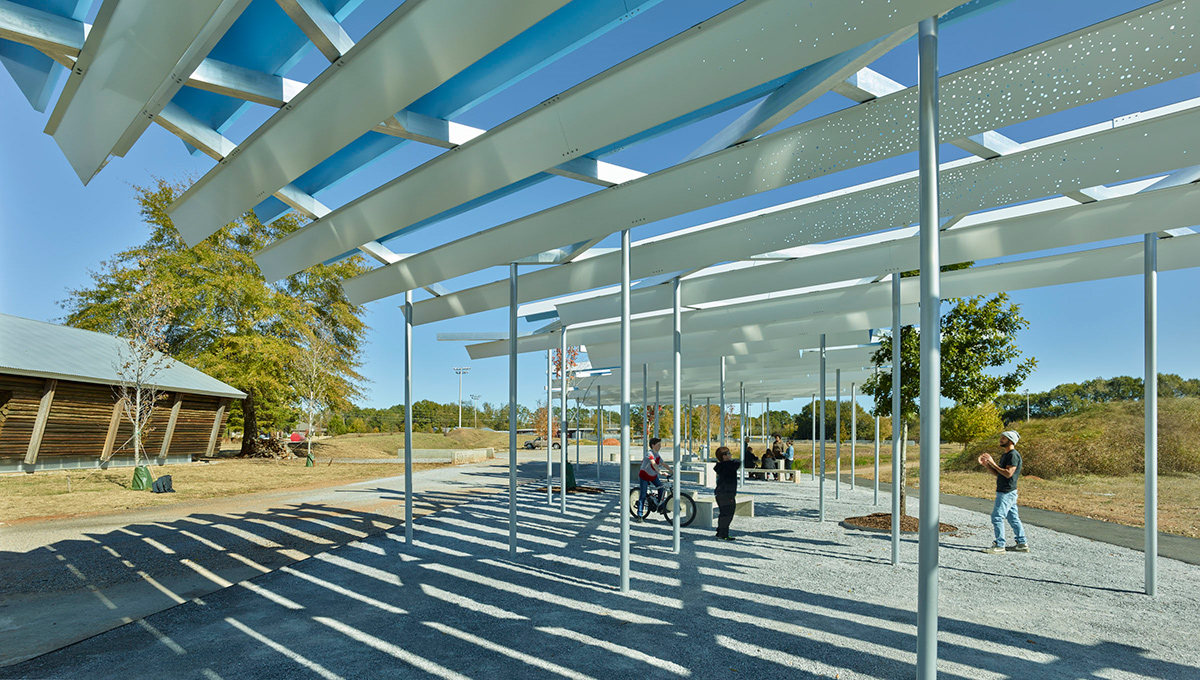 Image 1: Each of the three open-shade pavilions is placed at key intersections along the walking trail of Lions Park in Greensboro. The sizes of the pavilions vary, and are accompanied by benches, tables, water fountains and bike racks.

Image 2: Using a two-layered canopy system, precise shadows and dappled light are cast on the surfaces beneath. This allows visitors to the park to sit in the shade and still enjoy views of the sky.