In order to survive and offer comfort sustainably, an Alabama house must be designed and built to withstand severe storms and offer relief in the hot, sticky climate in ways that conserve energy.

That’s exactly the type of house that students at the University of Alabama at Birmingham have entered in the U.S. Department of Energy Solar Decathlon 2017 competition, held this year in Denver.

The creative drive behind Team Alabama’s surviv (AL), as the house is called, is the tornado super outbreak that devastated Birmingham and the surrounding area in 2011. The region’s vernacular architecture and cutting-edge sustainable technology combine to create a house that can survive a storm’s wrath while providing comfort in humid a climate.

Students wrapped the house in an energy-efficient envelope to manage heat and reduce energy needed to cool the indoor air. Also featured are a dehumidification system and a robotic cooler. The orientation and porches also guard against the heat.

A key feature is the composite and steel “strong room” constructed to withstand 250-mile winds. In addition, the design’s “quick permanence” enables the house to be rebuilt fast in the aftermath of a storm.

Other features that address both sustainability and storm protection include thick, double-stud, well-insulated walls, a solar collector to dehumidify indoor air and a heat-reflecting roof. And a wet wall in the middle of the house allows the shower to be used in either of the two bathrooms.

“Many students with different majors were involved in the design, but mostly civil engineering and mechanical engineering students,” explains team faculty advisor Hessam Taherian, an assistant professor in UAB’s School of Engineering. “For architectural design we relied on Williams and Blackstock Architects.”

During the construction phase, most work was done by UAB’s mechanical engineering students with help from UAB Facilities and UAB Sustainability. Students learned a lot by getting involved in the design, including structural calculations, mechanical equipment selection, PV system selection and installation, Taherian adds.

“It was a great practice in team work, and they also learned skills like carpentry, installing insulation, building decks and walls, so many other tasks. After the competition, the house will serve as a model house for energy efficiency in residential buildings and I will continue research on the topic.”

When the surviv (AL) house returns to campus, it will be rebuilt on UAB’s Sustainable Microgrid Demonstration Site. 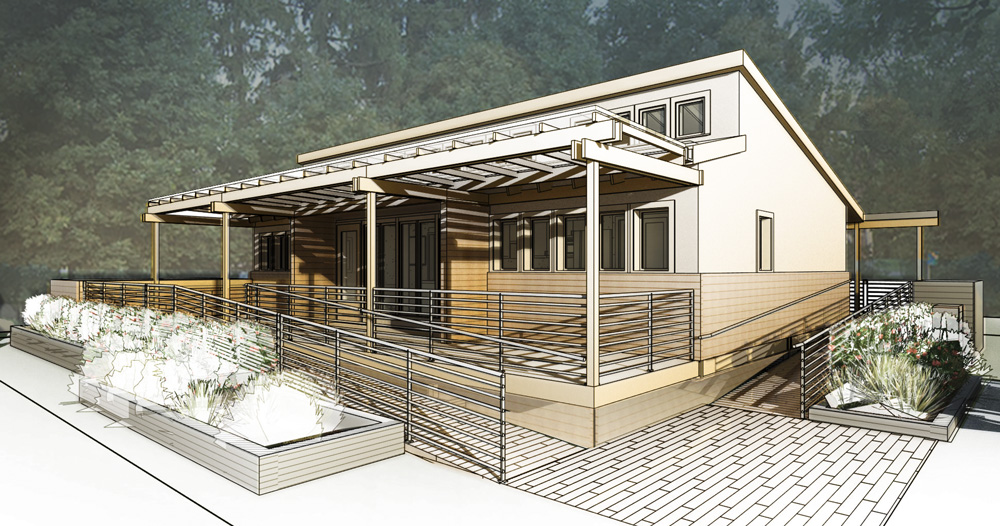 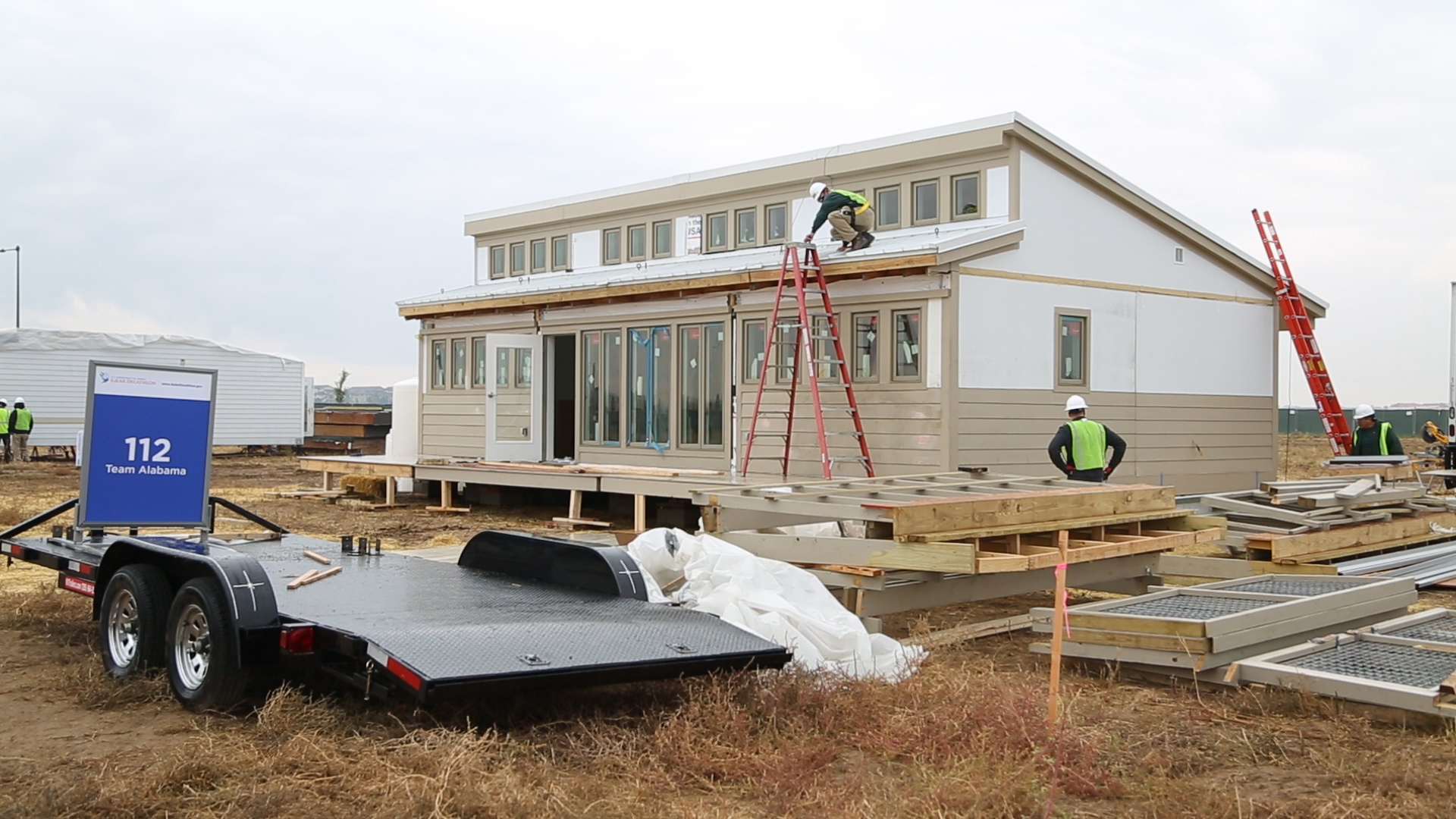 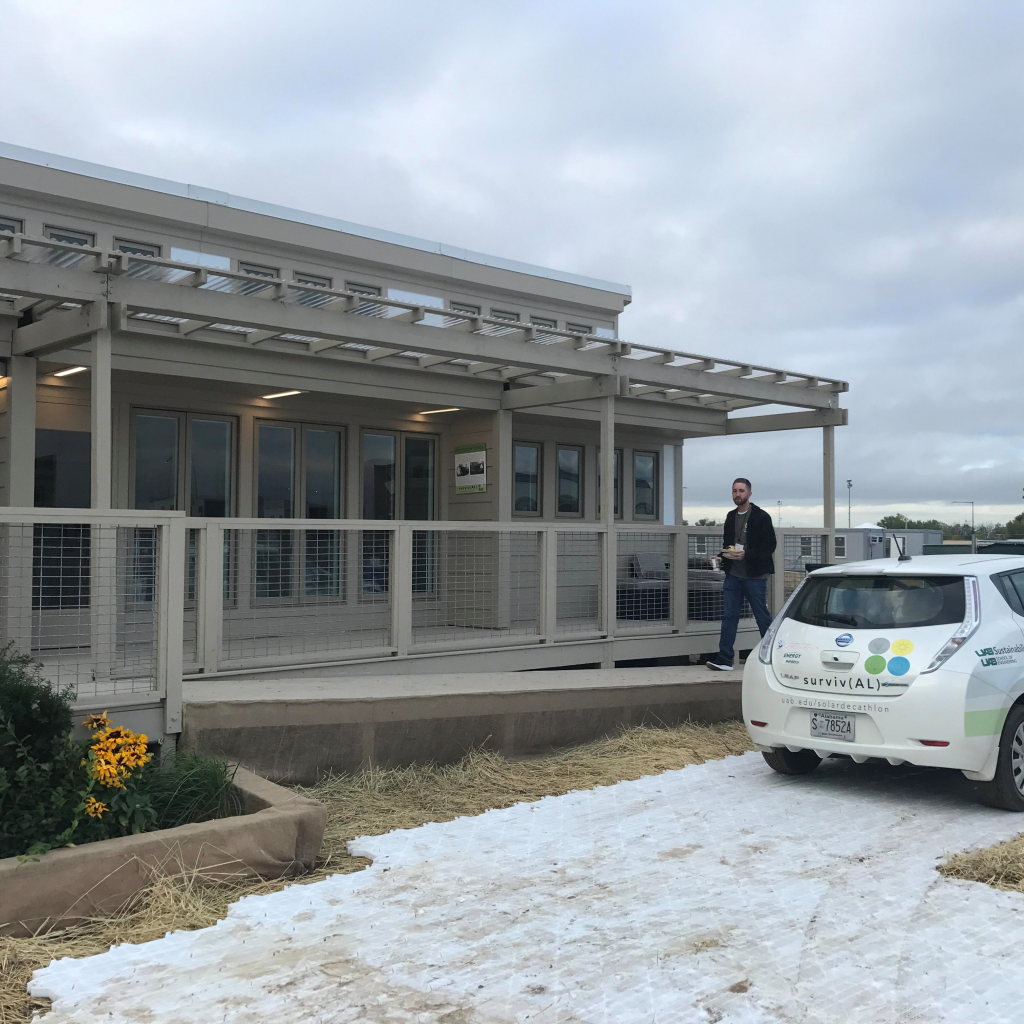 Image 1: UAB is one of 12 collegiate teams chosen worldwide to participate in the 2017 U.S. Department of Energy Solar Decathlon held in Denver this year. The competition challenges student teams to design and build full-size, solar-powered houses. This rendering shows the house designed by the team as it will look at completion.

Image 2: Named surviv (AL), the house is designed for extreme weather conditions and provides a comfortable environment in the South’s warm climate. Among the many technologies built into the house is a safe room with panels made to withstand 250-mph winds. An open ceiling and clerestory windows increase daylight.

Image 3: The target market for UAB’s Solar Decathlon prototype house is any mid-size family or group of people, or a young professional couple earning a combined income of $75,000 a year. Additionally, the house can be adapted for low-cost housing for the elderly and homeless.