For decades in downtown Birmingham, forward-thinking property owners and designers have found new uses for abandoned buildings. Among the latest is New Ideal Lofts, a luxury condominium building at Second Avenue North and 18th Street North in the Theatre District set to be completed in June.

New Ideal was a downtown Birmingham department store founded in 1908. After operating out of several downtown locations, in the 1940s the store moved to the former Sears site at the corner of Second Avenue North and 18th Street which became the New Ideal Building. The store closed around 1990 and the building sat vacant until it was purchased by its current developer in 2018.

“New Ideal was a very popular department store in the 1950s and 1960s,” says Mike Gibson, CEO and cofounder of Creature, the architect and general contractor on the project. Interestingly, Gibson notes that it was common for department stores back then to control light artificially. Though the New Ideal building had plenty of windows they were hidden from view. This is in sharp contrast to Creature’s design approach to bring in as much natural light as possible.

Because this was not a tax credit project, the renovation work did not have to adhere to certain historic standards. Though, as Gibson points out, any renovation is a challenge. A main objective was to create a design that worked from the business plan to create as much sellable space as possible, Gibson says. This was achieved in several ways, such as creating additional vertical space for windows so light can enter the units. An elevated courtyard was designed to create more surface area and an additional floor was added.

The original three-story building now has four floors. The ground floor in particular had a lot of tall windows and all of these existing openings were used in the design. Facing Second Avenue, the ground floor provides 3,500 square feet of retail space. An additional 1,500 square feet can be created by installing a mezzanine. The ground floor terrazzo floors remain intact and some of the building’s original masonry walls also remain, along with exposed beams and hardwood flooring.

On the upper three floors are 44 residential lofts – studio, one bedroom, two bedroom and larger live/work units. A two-bedroom two-bath apartment, for example, features a wall of original brick, exposed beams and 13-foot-6-inch ceiling. By comparison, the standard height of a residential first floor is 9 feet and 8 feet for the second floor.

New Deal is adjacent to the Pizitz mixed-use development, which contains 151 apartments and a food hall. The building is also next to a 400-space public parking deck and within walking distance to the Lyric and Alabama theaters. Twenty-nine parking spaces are also available to New Ideal Lofts tenants. 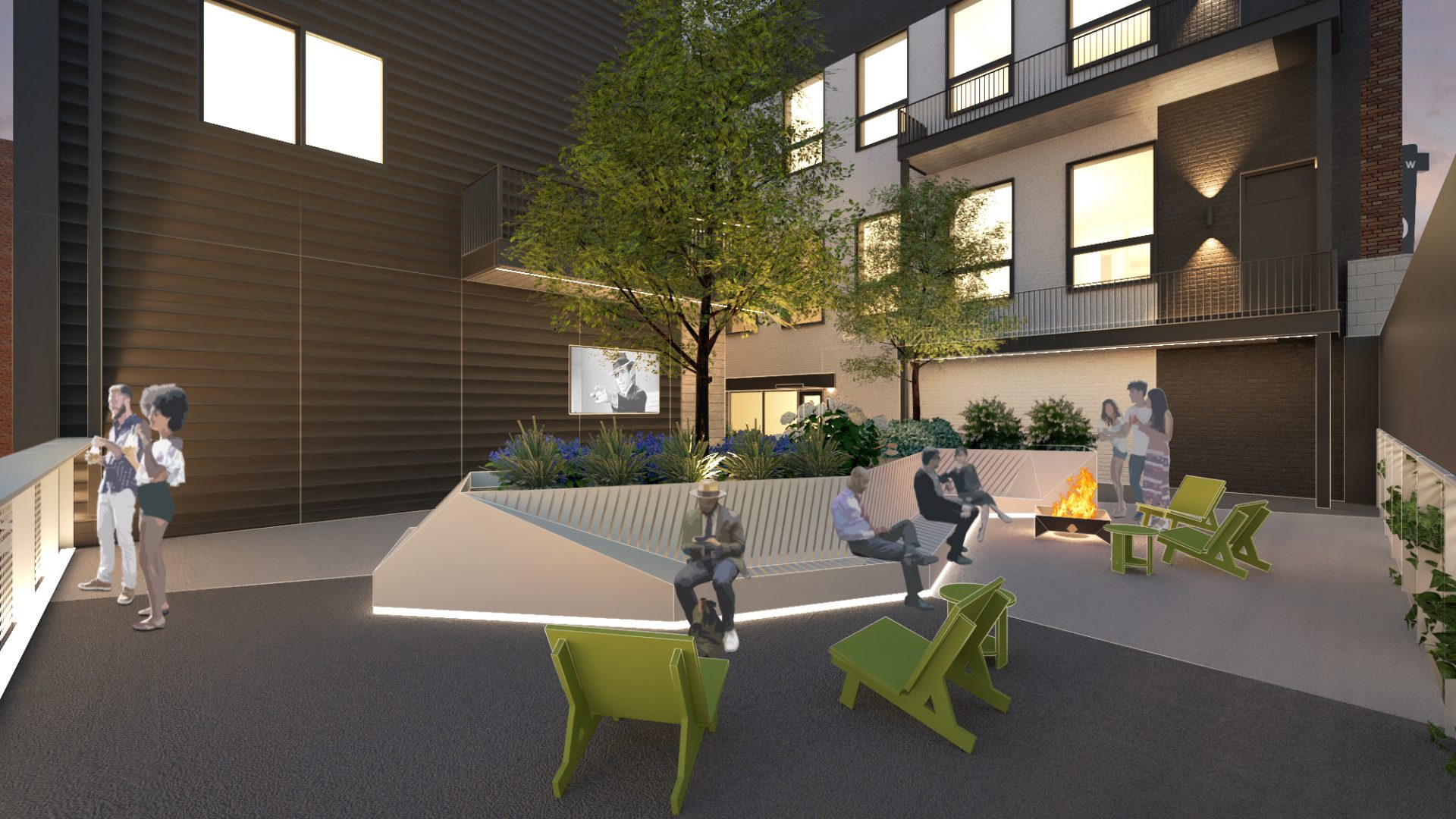 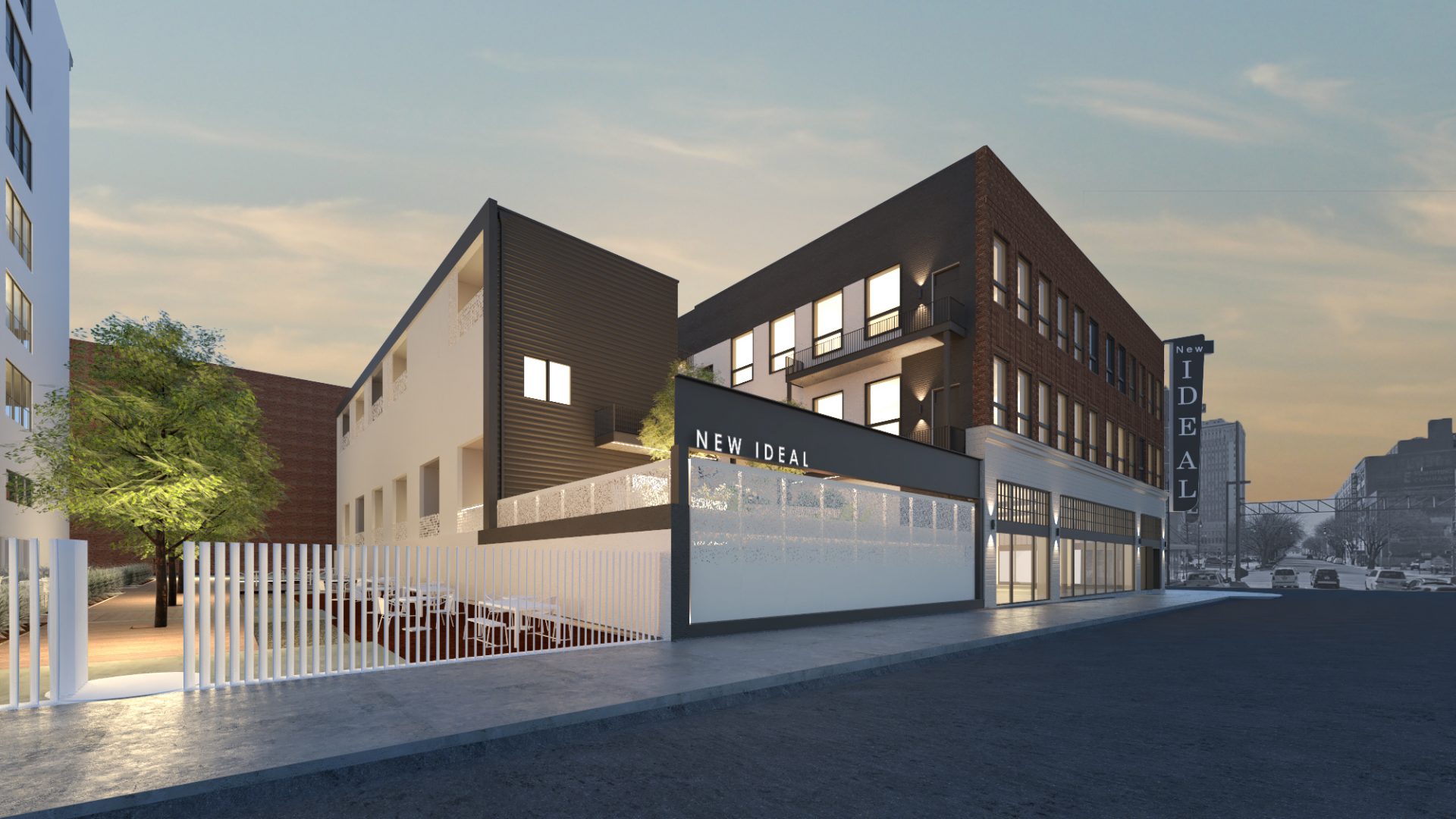 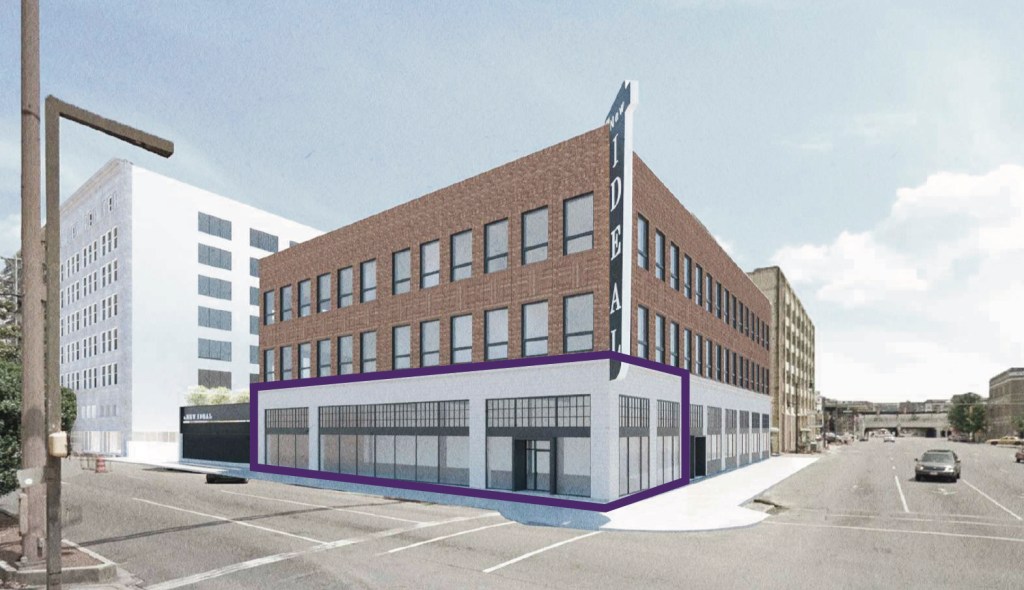 Image 1-Additional vertical space was created for windows so light can enter the units. An elevated courtyard was also designed to create more surface area and a fourth floor was added to the original three-story building.

Image 2 -New Ideal Lofts is a luxury condominium building in downtown Birmingham’s Theatre District set to be completed in June. The 1925 building was occupied by New Ideal department store which closed around 1990.

Image 3 -Facing Second Avenue, the ground floor will be used for 3,500 square feet of retail space. Additional 1,500 square feet can be created by installing a mezzanine.

*Article Written by Jessica Armstrong and Images courtesy of Creature