Opelika has long made revitalization efforts a priority and was the first participating city in DesignAlabama’s new DesignPlace program that provides assistance with design, planning and community identity.

Another improvement is replacing the city’s 50-year-old police station and municipal court building with a modern facility, designed by Montgomery-based Seay, Seay and Litchfield. The project is scheduled to be completed in 2019.

Opelika’s police station and municipal court complex has not been renovated since 1977. Designed to replace the old and deteriorating building, the new $18.5 million facility will have state-of- the-art technology to allow for faster police response times.

The new complex is 37,000 square feet with the police station in one wing and the municipal court in the other, with the two sharing one interior door. Also included in the complex are police training and day rooms, an exercise room, kennel area for six canines, a 911 dispatch center, administrative offices, conference room, along with a secure drug testing area and increased storage space.

Storage for evidence will double in size and the investigative services area has added space. The Interview rooms are being redesigned and the patrol roll call room will be enlarged to enable police officers to expedite roll call and be out on the streets in less time.

Planes and volumes-defining space characterize the sophisticated modern design. Though the design is inspired by contemporary architecture, project architect Jeffrey Bazzell chose vernacular materials used for other buildings in the area in order to integrate the new complex into its surroundings.

The building is designed with a pleasing sense of contrasting building materials. Brick and cast stone were selected for the exterior skin “inspired by buildings found in historic downtown Opelika,” Bazzell says.

A welcoming court entry plaza brings visitors into the main public areas. This inviting atmosphere is achieved with an expansive metal and glass curtain wall, benches and extensive landscaping. 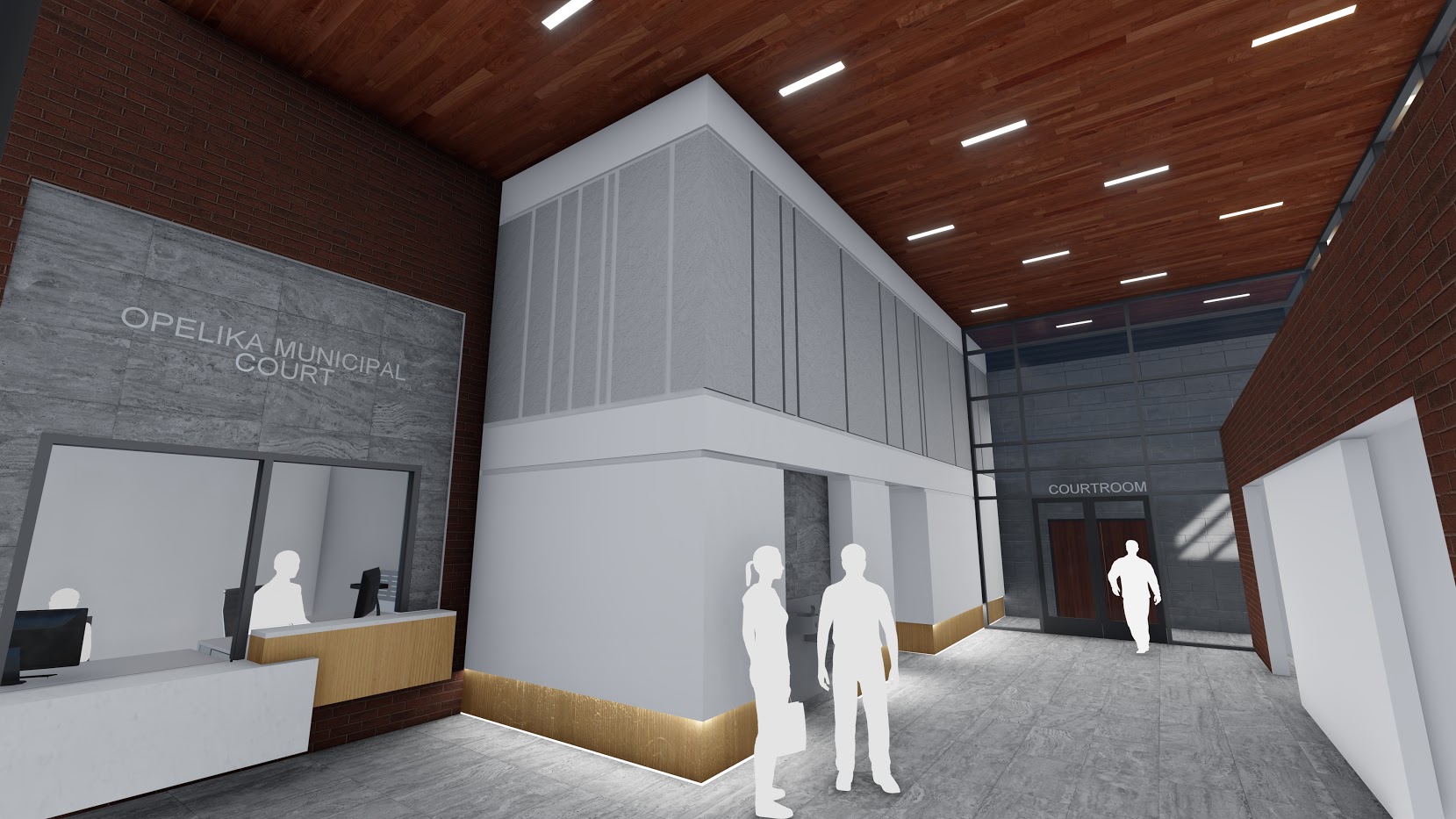 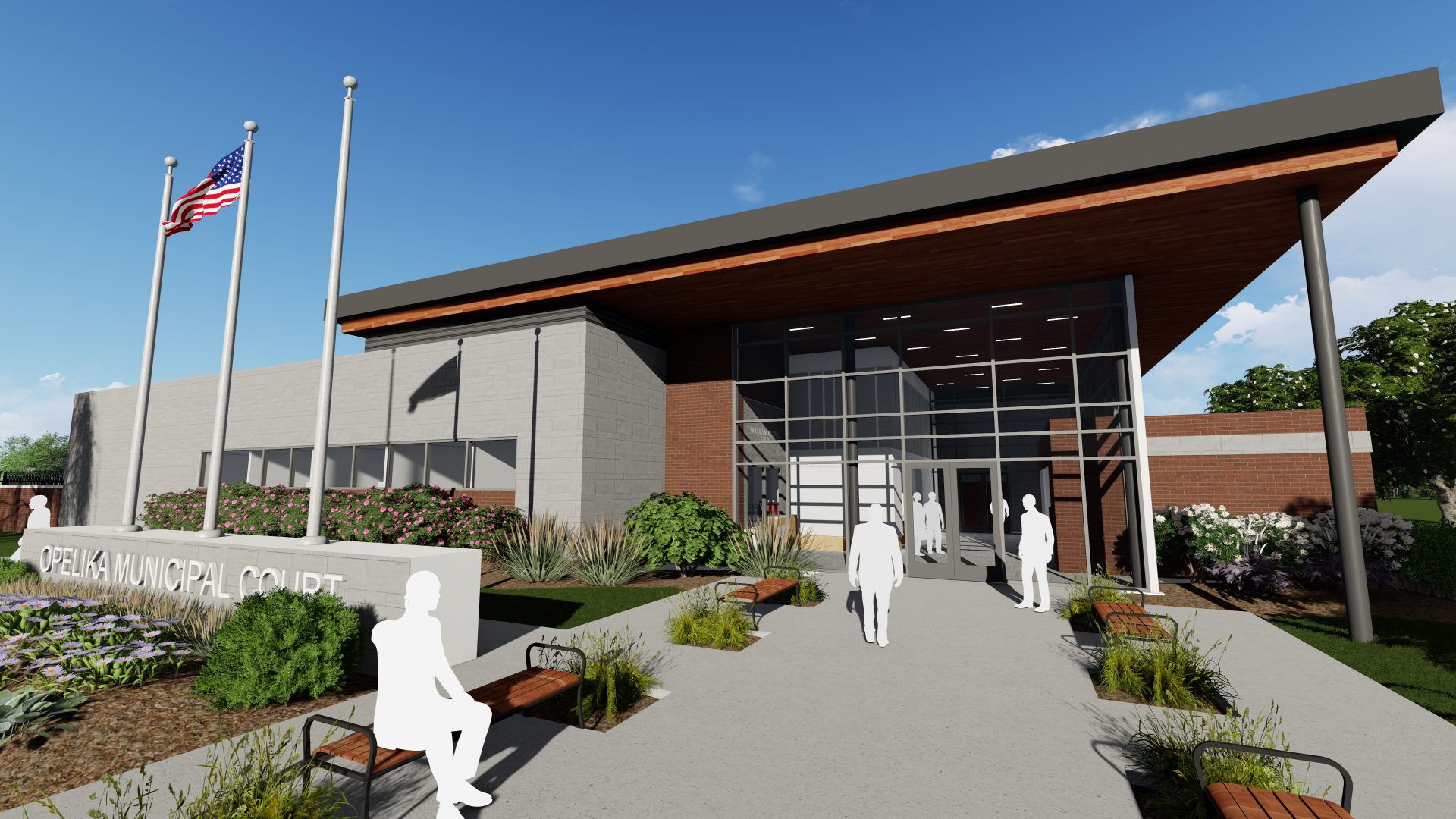 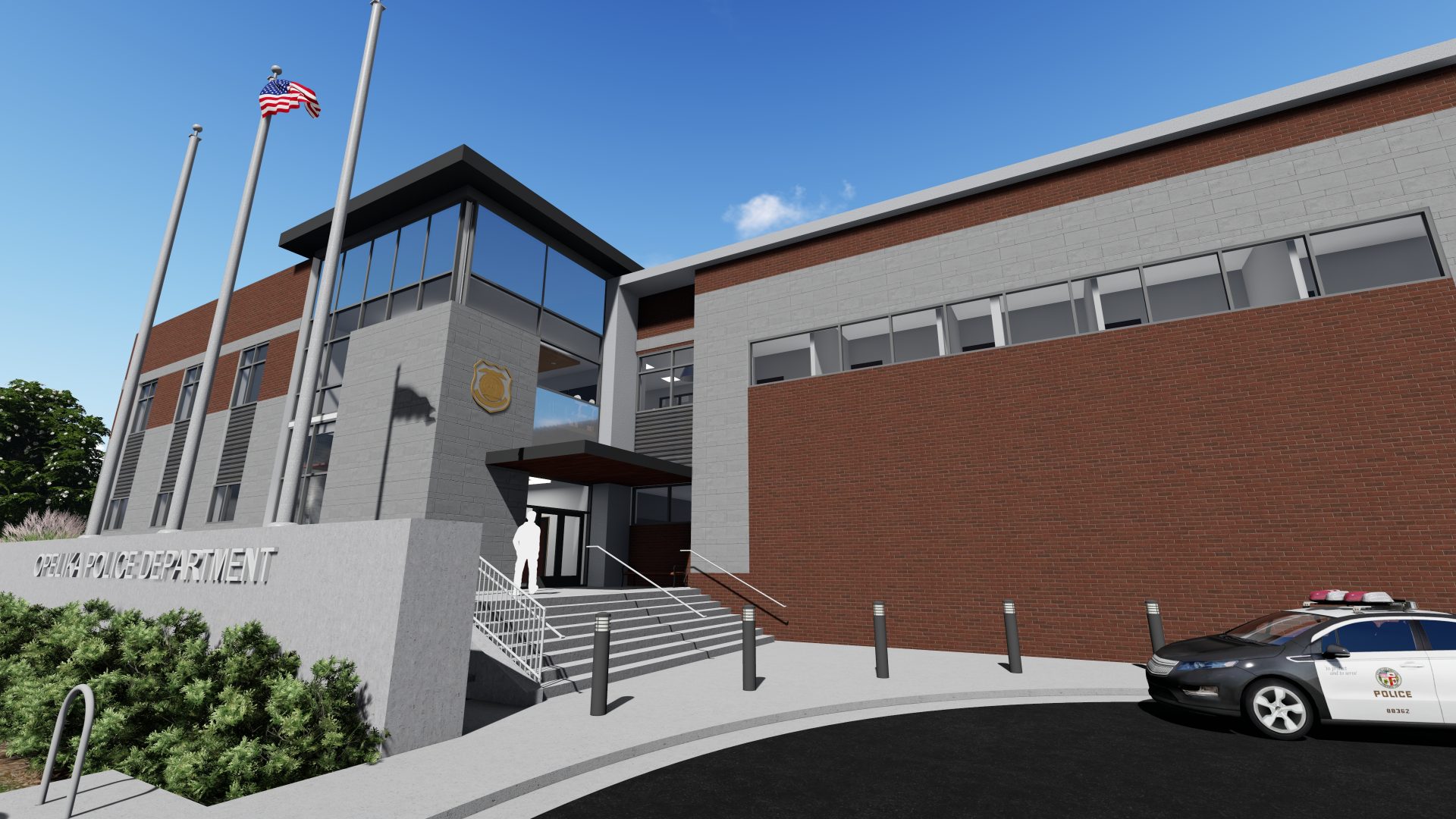 Image 1: The contemporary design is continued in the interior, including the municipal court lobby. The complex is expected to be complete in 2019.

Image 2: The court entry plaza is inviting with the use of an expansive metal and glass curtain wall, benches and extensive landscaping.

Image 3: The entrance to the police department is clearly defined with a brick wall and steps leading to the main doors. The new police station will have state-of- the-art technology to allow for faster response times.